Two Akhil Bharatiya Vidyarthi Parishad members, arrested for allegedly attacking a group of Left-affiliated AISA supporters, were on Wednesday suspended from the RSS-backed outfit for their act of "indiscipline". 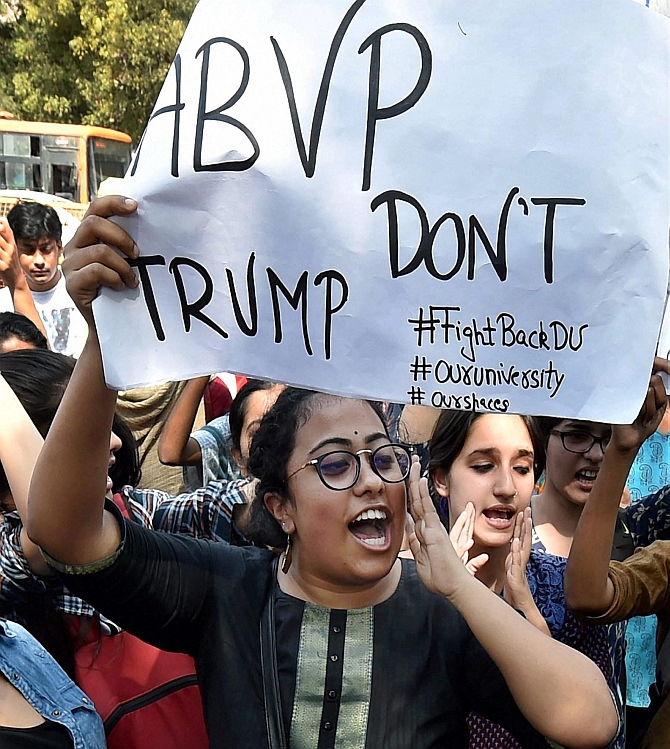 "We condemn this act by the two students and advocate a violence-free atmosphere on campus. On basis of preliminary information, the two members have been suspended from the party for their act of indiscipline. An interim enquiry has been ordered to take further action," ABVP national media convener Saket Bahuhuna said.

Utkarsh and Raj had claimed that they were attacked by seven to eight people near Sri Guru Tegh Bahadur Khalsa College and strangulated with belts.

The incident happened when the AISA activists were returning from the Arts Faculty of the North Campus around 5.20 PM after the anti-ABVP march ended.

Prashant and Vinayak were then nabbed from the spot by police.

They have been booked under IPC sections 323 (punishment for voluntarily causing hurt), 341 (punishment for wrongful restraint) and 34 (acts done by several persons in furtherance of common intention), police said. 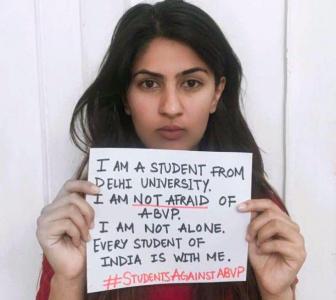 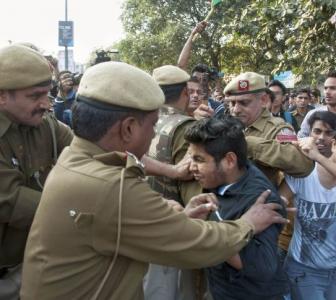 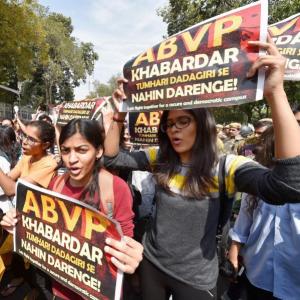 'Want to reclaim space to discuss and dissent': Hundreds march to 'save' DU 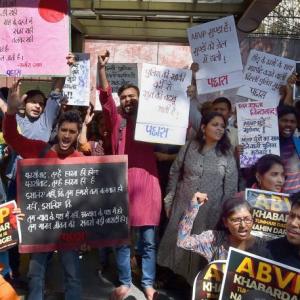