'Abrupt snowslide, not glacier burst, may have caused U'khand disaster'

Uttarakhand chief minister Trivendra Singh Rawat on Monday quoted scientists to say that the areas where avalanches struck on Sunday was not prone to such activities, and the calamity might have been caused by an "abrupt sliding down" of millions of tonnes of snow from a hill, rather than due to a glacier burst. 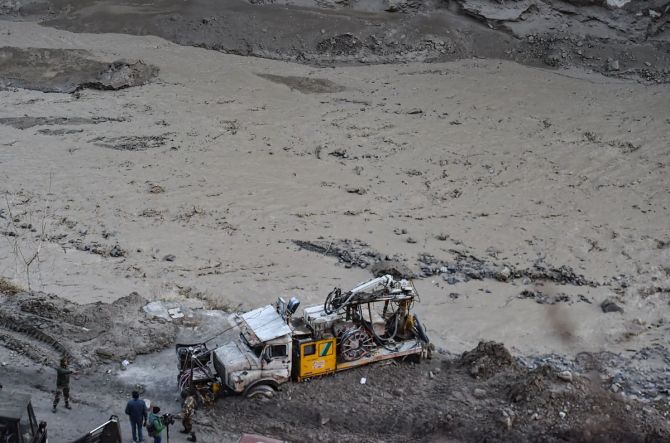 IMAGE: A vehicle stuck in the debris at the site of the Tapovan hydel project as rescue works underway, a day after a glacier broke off in Joshimath causing massive flood in Dhauli Ganga River, in Chamoli district of Uttarakhand on Monday. Photograph: Arun Sharma/PTI Photo

He also appealed to people to not make the tragedy an occasion for building an "anti-development narrative", as he left for the flood-hit areas of Chamoli for an on-the-spot assessment of relief and rescue operations.

He made the statement on the cause of the tragedy after holding a meeting in Dehradun with ISRO scientists and officials of the Army and the Indo-Tibetan Border Police on finding out the exact reason for the calamity that has left at least 20 dead and over 150 missing.

He said ISRO officials showed him pictures in which no glacier is visible at the place where the burst started, but only a naked hill can be seen.

Something is visible on the top of it, he said, adding it might have been the trigger point from where the huge amount of snow slid down, causing the flashflood in the Rishiganga and Dhauli Ganga rivers.

"According to the scientists, the area where the calamity struck is not prone to avalanches and apparently it was not caused by a glacier burst as initial reports suggested," he said.

"It was due to millions of metric tonnes of snow sliding down abruptly from a trigger point on the top of a naked hill," Rawat said.

The area had received snowfall in the days leading up to Sunday when the disaster struck.

Before he left for the flood-affected areas, he tweeted, "I am leaving for disaster site and will spend night in the region itself. Our relief & rescue operations is continuing in full swing & we are getting help from all quarters. I
request everyone to not use this natural disaster as a reason to build anti-development narrative." 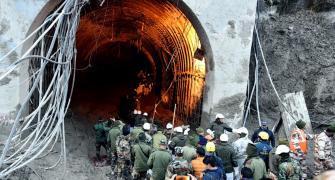 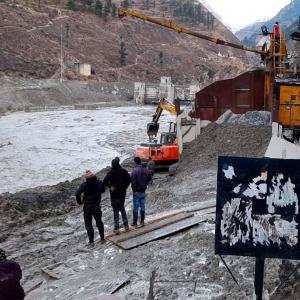 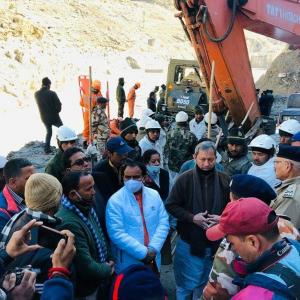