Parents of murdered teenager Aarushi Talwar filed a protest petition in court against the Central Bureau of Investigations closure report in the case, alleging that there were "deliberate lapses" in the investigation besides noticeable non-mentioning of material pieces of evidence.

The 86-page petition moved by Talwars' counsel Satish Tamta asked the special CBI court here to reject the closure report and stressed on the need for 'Touch DNA' tests to be conducted on the various exhibits relating to the servants and the scene of crime.

They also pleaded that further investigation should be ordered into the case "so that the culprits involved in this heinous crime are apprehended, and investigated against and brought to trial."

In the petition, the Talwars have given the sequence of events during the night of May 15 when the teenager was murdered and during subsequent days as per their memory.

"The Petitioner submits that the conclusions arrived at by the Central Bureau of Investigation on several material facts, issues and circumstances are manifestly erroneous and are based on presumptions, conjectures and surmises, not substantiated or supported by true and actual facts.

"There are deliberate lapses noticed by the Petitioner, besides noticeable non-mentioning of material pieces of evidence collected during the investigation of the case, which had lead to the filing of this petition," the petition said.

The petition stressed on the need for 'Touch DNA' to be conducted on the various exhibits relating to the servants and the scene of crime as absolutely imperative, either to rule out their involvement or to conclusively establish the same.

The Talwars tried to punch holes in CBI closure report through certain observations and remarks made in a earlier report filed by the first team of the agency which had conducted the probe and given a clean chit to Aarushi's father Rajesh.

14-year-old Aarushi was found murdered at her residence in 2008. The body of their domestic help Hemraj was found on the terrace of the house later. 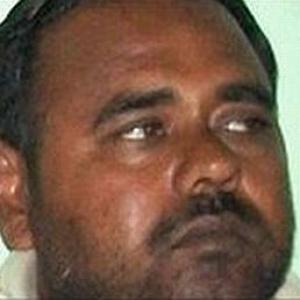