The parents of Aarushi Talwar, who was killed nearly two-and-a-half years ago, moved a plea before the special Central Bureau of Investigation court in Ghaziabad on Tuesday asking for documents that the agency has filed along with its closure report.

Counsel for Aarushi's family Satish Tamta said the court also asked the CBI to file original documents by Wednesday in place of photocopies as done earlier.

"We filed the petition asking for copies of documents that the CBI had submitted on January 7. The court also asked the CBI to file original documents by Wednesday as they had given photocopies," Tamta told PTI.

The court had earlier ordered the CBI to provide Aarushi's parents Rajesh and Nupur Talwar, both dentists, a copy of the closure report filed by it in the case and fixed January 21 as the next date for hearing. The report was provided to Talwars on the same day.

In its closure report, CBI held Rajesh as the prime suspect but said it had insufficient evidence to file a chargesheet against him. The CBI conclusions were trashed by Rajesh and Nupur.

14-year-old Aarushi was found murdered in her room with her throat slit at the Talwar's residence in Noida near Delhi on May 16, 2008. The body of Hemraj was found on the terrace the next day.

The court had on January three directed the agency to bring the case diary for examination on the next date of hearing.

The judge had also rejected an application filed by Aarushi's parents against closure of the case, saying that their plea was not maintainable at this stage and had asked them to appear before the court.

The CBI had on December 29 filed a report to close the probe clearing the names of three servants -- Raj Kumar, Krishna and Vijay Mandal -- in the murder case. 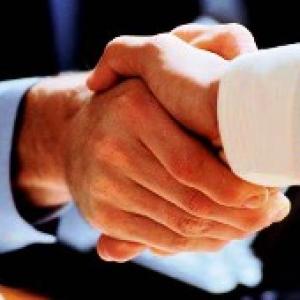 CBI asked to have a relook at Aarushi case: Moily