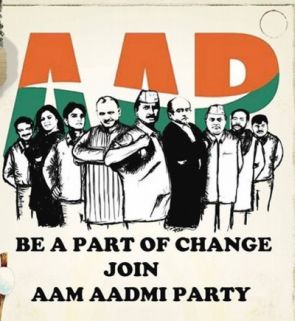 AAP has not, however, announced any candidate in Rae Bareli, the pocket borough of Congress President Sonia Gandhi.

AAP has given ticket to former scribe Mukul Tripathi for Farukhabad seat in Uttar Pradesh, the constituency of another Union Minister Salman Khurshid.

Advocate H S Phoolka will contest from Ludhiana, currently held by I and B Minister Manish Tewari, while activist Hardev Singh has been given ticket in Mulayam Singh Yadav's stronghold Mainpuri.

"Our main motto is to send honest people to Parliament. We do not want to send criminals, people with dynastic background. We will soon release the list of candidates for other seats," senior party leader Manish Sisodia told reporters.

Social worker Patkar has been fielded from North East Mumbai, an NCP seat.

While announcing the first list of candidates, Sisodia said that party leader and founder member Yogendra Yadav will contest from Gurgaon in Haryana. Yadav has also been appointed AAP's Haryana in-charge.

Jarnail Singh is the AAP nominee for the West Delhi seat, which is currently represented by Congress leader Mahabal Mishra in Parliament.

In Uttar Pradesh, Jiya Lal, a scientist, has been cleared as AAP's candidate for the Lalganj seat, which is at present with BSP's Bali Ram.

Educationist Khalid Pervez will contest from Moradabad which former cricketer Mohd Azharuddin currently represents in Parliament while Yogesh Dahiya, a peasant leader from Uttar Pradesh, will be the AAP candidate for Saharanpur. The Saharanpur seat is held by Bahujan Samaj Party's Jagdish Singh Rana.

Another senior party leader, Subhash Ware, will contest from Pune, a seat held by Congress MP Suresh Kalmadi, who is facing corruption charges.

AAP has given a ticket from Nashik to Vijay Pandhare, a former engineer with the state government who had helped unearth the irrigation scam.

Alok Agarwal, another senior activist of the Narmada Bachao Andolan, will contest from Khandwa in Madhya Pradesh, while Habung Pyang, a former Information Commissioner in Arunachal Pradesh, will be the AAP contestant in the northeastern state.

Lingraj, an activist who took part in the agitation against Posco, will lead AAP's challenge for the Bargarh seat in Odisha. 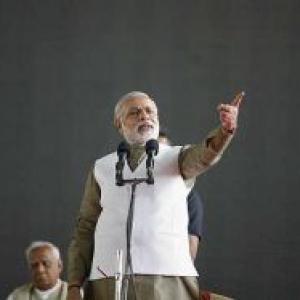 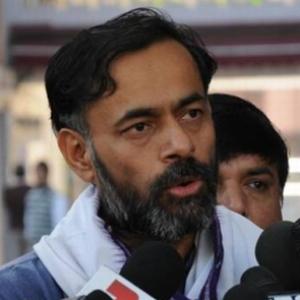