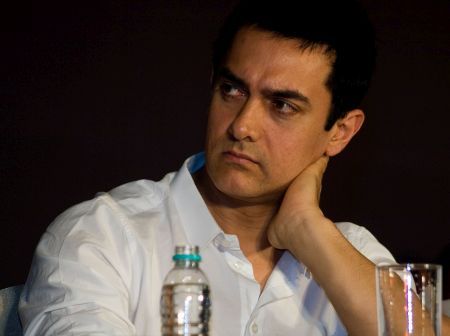 Bollywood actor Aamir Khan has been slapped with sedition charges in Kanpur sessions court for his 'intolerance' statement and the hearing is set to take place on December 1.

The case has been filed under IPC section 124 A (sedition), 153 A (promoting enmity between different groups on religious grounds) 153 B (Imputations) and 505 (statements conducing to public mischief).

Earlier, speaking at the eighth edition of the Ramnath Goenka Excellence in Journalism Awards, Aamir had expressed alarm and despondency over the rise in cases displaying intolerance in the last six to eight months.

He had said that a sense of 'insecurity' and 'fear' had seeped deep within society.

"When I go home and talk to Kiran (Aamir's wife), for the first time she says, 'Should we move out of India?'" Khan had said.