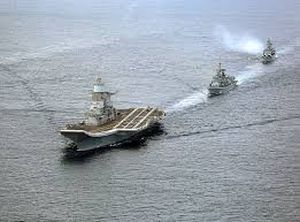 To make it possible to attract the best of our young people to join the armed forces, all university courses anywhere in India should include compulsory National Service for a total period of six months, says T Thomas

With over 1.3 million active personnel and an additional 1.1 million reserve personnel, India has the third-largest armed forces in the world -- with a budgeted expenditure of over $40 billion or just under two per cent of our gross domestic product. Yet judging by the promotional films and advertisements put out on their behalf, the Indian armed forces seem to be facing a problem of attracting enough suitable recruits.

The fundamental basis for maintaining and strengthening our armed forces has to be clearly upheld and adequately propagated among all Indians. In prolonged periods of peace we as a nation (like many others in the world) forget why we need the armed forces. We are not alone in this lapse; it is a mistake many other nations have committed. The British under Chamberlain thought that they had a peaceful settlement with Hitler and relaxed their vigil which led to Dunkirk, the emergence of Churchill -- who had to fight with an unprepared army and a brave set of seamen, as well as airmen who were able to win the Battle of Britain in 1942. Eternal vigilance is the price that we pay for freedom.

The major reasons for maintaining and strengthening our armed forces are as follows:

* First, India as a subcontinent is vulnerable on three sides by the ocean and in the north by an aggressive and powerful neighbour in China who still disputes our territorial integrity.

* Second, India is a unique Union of states each of which has very strong regional and linguistic affiliation. Our Union is held together by the forces of the democratic electoral process combined with an administration headed by all-India civil services and a defence force which also functions on a national scale. They are the cement that holds together this nation, even as politicians and jingoists squabble among themselves.

* Third, for the next few decades China can be expected to continue to be aggressive in its attempt to dominate the Asia-Pacific region and beyond. In Asia, India is the only country with the potential size and capability to resist China's aggression. Therefore, we have to be extra vigilant and shore up our forces adequately to confront this potential menace.

While there is such a fundamental need to maintain and build up our armed forces, the irony is that as our economy grows successfully at six per cent per annum or more, the attraction for our younger generation is to join the private sector which provides the most attractive terms. If you ask the average parent in India what she would like their son or daughter to do, a majority will express a preference for their progeny to get a good job in a reputable company or to start a business of one's own. Joining the civil service -- which at one time was the most prestigious choice -- is no longer so. With the exception of a few parts of the country which have a martial tradition, very few parents prefer the armed forces for their progeny.

If this present situation continues for long, we may end up with armed forces consisting mainly of people who could not find more attractive alternative options - in other words, an inferior section of qualified recruits. Surely that is something that we cannot afford and should not allow to happen.

Some of the steps that can be taken to make it possible to attract some of the best of our young people to join the armed forces are as follows:

* First, make it compulsory in all schools in India to have physical training as a part of the curriculum for which marks and grades will have to be given just as it is for subjects like mathematics or languages. The justification is that physical well-being is as important as intellectual performance because the latter cannot be fully realised without a sound physique.

* Second, to provide such physical training all schools in India shall be required to employ certified physical trainers who can mainly be recruited from among retired armed forces personnel. This will also make retirement a rewarding experience for ex-servicemen.

* Third, all university courses anywhere in India, in any subject, should include compulsory National Service for a total period of six months, which can split into two installments of three months each so that it can fit in with normal annual holidays. Candidates may be allowed to choose from among the army, navy or air force. In other words, the student will spend two of the annual holidays in a national service camp during the course of their degree qualification. They will be subject to the training and discipline of regular servicemen.

* Fourth, in order to maintain a high level of vitality, personnel in the armed forces are allowed to retire after a certain period of service unless they are promoted to the next rank. Therefore, a large number of armed service personnel have to take retirement at an age where they are physically fully fit. The government should pass an Act to compel all current employers in the public sector as well as private-sector companies with more than 100 employees to recruit at least five per cent of their managerial staff from retired servicemen.

* Finally, increase the salary and perquisites of armed forces personnel to make them comparable to those in large private sector companies.

If we implement all these suggestions it will increase the cost of our defence services. But that is a cost our nation has to bear to ensure that all the fruits of successful economic development can be protected and harnessed by us.