In one of the largest surrender of militants in Assam, a total of 644 cadres of eight insurgent groups formally laid down arms on Thursday.

Speaking on the occasion, the chief minister said, "People are happy that you have returned to the mainstream for the development of Assam. You have inspired all those who believe in democracy.

"I appeal to people still outside (the mainstream) to come forward and work for making India a strong country. Without peace, progress is not possible. In all the countries excelling in different fields, peace prevails and we have to do the same."

The government will carry out its constitutional duty for the rehabilitation of the surrendered extremists, who can avail the benefits of existing government schemes for their sustenance, Sonowal said.

The highest number of 301 militants who surrendered belonged to the NLFB, followed by 178 from ADF and 87 from the NSLA.

The others who surrendered included 50 cadres of the United Liberation Front of Assam -Independence (ULFA(I), 8 militants of the NDFB, 6 insurgents of the KLO, 13 members of the Rava National Liberation Front and one Communist Party of India (Maoist) militant.

"This is an important day for the state and the Assam Police. Altogether 644 cadres and leaders of eight militant groups laid down their arms. This is one of the largest surrender of militants in recent history," Director General of Police Bhaskar Jyoti Mahanta told reporters.

Addressing the former militants, Mahanta said, "Many forces keep trying to hamper peace in Assam, but you overcame that. You may have had anguish over different issues, but you realised that by giving life instead of taking away life is more important for the development of the state."

Inspector General of Police (Special Branch) Hiren Chandra Nath said, the surrendered militants came to a unilateral ceasefire between 2015 and 2019.

"Today they formally laid down arms in an official function in front of the chief minister. These groups are not related to NDFB(S) militants, who declared ceasefire earlier this month," he said. 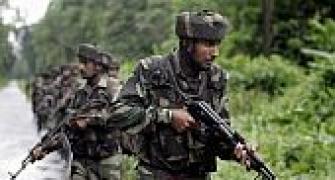 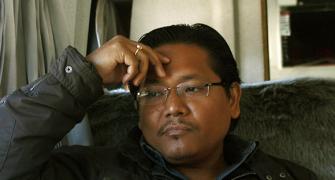