On the eve of Independence Day, President Ram Nath Kovind approved gallantry awards for defence personnel, including Shaurya Chakra to three from the army for counter-terrorist operations in Jammu and Kashmir, the defence ministry said on Friday. 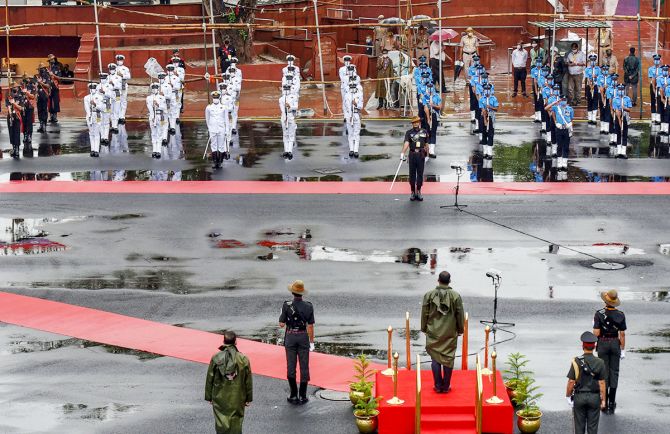 Those from the army who have been awarded the Shaurya Chakra are Lt.Col. Krishan Singh Rawat from the elite Special Forces, Major Anil Urs and Havildar Alok Kumar Dubey.

The Shaurya Chakra is awarded for "gallantry otherwise than in the face of the enemy".

It is the third highest gallantry award in peacetime.

Bar to Sena Medal has been approved for five Army personnel.

The president has also approved 19 Mention-in-Despatches to the Army personnel for their significant contributions in different military operations, which include eight posthumous for 'Operation Meghdoot' and 'Operation Rakshak'.

Operation 'Meghdoot' was launched in 1984 to secure control of the heights predominating the Siachen Glacier.

It is, perhaps, the longest operation in the modern military history.

'Operation Rakshak' is also an ongoing counter-insurgency operation in Jammu and Kashmir.

When asked whether the soldiers who sacrificed lives in Galwan Valley clashes were not considered, people familiar with the matter said their contribution will be considered for next year's awards.

Twenty Indian soldiers lost their lives in a clash with the Chinese Army, which also suffered casualties but China has not released any casualty figure.

Gallantry awards for defence personnel are announced ahead of every Republic Day and Independence Day.

On Shaurya Chakra awardee Lt. Col. Rawat, an Army citation said he was leading a team, deployed along the Line of Control in Jammu and Kashmir for conducting counter-infiltration and counter-terrorist operations.

While being deployed along the LoC, an intelligence was received indicating a likely attempt by terrorists to either infiltrate or inflict casualties.

Rawat led his team and deployed it along the likely routes of infiltration.

After 36 hours in ambush in inclement weather and close proximity to the Line of Control, his team spotted the group of terrorists.

In the ensuing firefight, he manoeuvred to a flank to locate specific positions of the terrorists and directed squad commander to crawl forward and bring down accurate fire resulting in elimination of two terrorists, the citation said.

After protracted surveillance in close vicinity to the LoC and under heavy fire, he identified the location of the rest of the terrorists.

"For his resolute and exemplary leadership, conspicuous gallantry during the entire operation, Lieutenant Colonel Krishan Singh Rawat, Sena Medal is awarded the Shaurya Chakra," it said.

The citation did not share the date of the operation.

Maj Urs, a company commander also deployed along the LoC in Jammu and Kashmir, received intelligence of concentration of terrorists across the LoC for a possible attempt to cross over and act to cause casualties to his troops, following which he laid an ambush along the route of movement.

"Maj Anil displayed extraordinary leadership, nerves of steel and spirit of service before self where he chose to remain at the location awaiting an opportunity to engage the rest of the terrorists," it said.

After a life threatening wait of fifteen minutes, the team sighted and accurately brought down fire on two more terrorists leading to their neutralisation.

"For displaying raw courage, marksmanship and rare combat leadership, while ensuring safety of his team, Maj Anil Urs is awarded the Shaurya Chakra," the citation added.

However, no date was mentioned in the citation about the operation.

On June 22, 2019, a cordon and search operation was launched in the orchards near a village in Jammu and Kashmir. Havildar Dubey used tactical proficiency and assisted the company commander in laying the initial cordon.

He was deployed as a stop in the inner cordon.

At 5.40 am, Dubey observed suspicious movement in the thickly vegetated bushes just ahead of him and a group of terrorists trying to break cordon by taking advantage of poor visibility and thickly vegetated terrain.

The terrorists lobbed a grenade and opened indiscriminate fire.

Displaying "raw courage", Havildar Alok closed in to the group of terrorists and killed one terrorist at a close range with aimed fire. The terrorist was later identified as a dreaded terrorist of category A++, the citation said.

"For his indomitable spirit, presence of mind, exemplary initiative and unparalleled courage, resulting in neutralisation of a dreaded terrorist, Havildar Alok Kumar Dubey is awarded the Shaurya Chakra," it added. 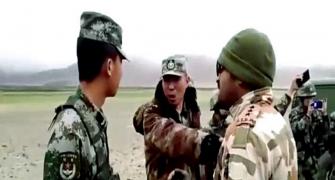 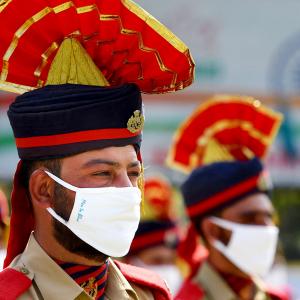 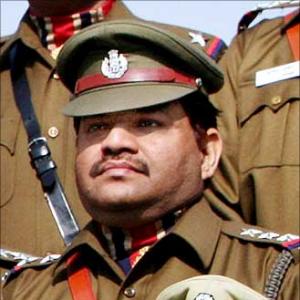