25 years in the making, Encyclopedia of Hinduism finally unveiled 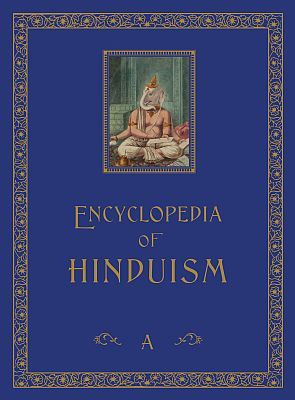 A 25-year quest by nearly 1,000 scholars to document and present one of the world's oldest living traditions came to fruition when the Encyclopedia of Hinduism was unveiled in Columbia.

Hundreds of scholars, dignitaries, students, Hindu leaders and the public converged at the University of Southern California campus to witness the release of the much anticipated and definitive 11-volume guide.

The book has been conceived, compiled and produced by the India Heritage Research Foundation.

The two-day event coinciding with the release featured some of the top Indian scholars who discussed the significance of the encyclopedia and the richness and diversity of Indian culture that binds more than one billion people worldwide.

The event is the launch of the international edition of the Encyclopedia of Hinduism.

Tibetan spiritual leader Dalai Lama had launched the Indian edition in 2010 in Rishikesh.

Dr Harris Pastides, President of University of South Carolina, said that he was humbled to see the encyclopedia being launched in his campus.

"It is a deep honour to be participating in the American release of the Encyclopedia of Hinduism. This is a remarkable work of scholarship and research. I hope that many in academia and in everyday life will turn to it as a resource to better understand the characters, the tenets, and the impact that Hinduism has had, and is having in the world," he said.

Consul General Kumar said India and Hindus all over the world are grateful to the University of South Carolina for the launch of the monumental work.

The comprehensive encyclopedia has 11-volume work and it covers Hindu spiritual beliefs, practices and philosophy, and is the culmination of a 25-year academic effort.

The encyclopedia is written in English and includes nearly 7,000 articles on Hinduism and its practices.

The encyclopedia's volumes run from 600 to more than 700 pages. Some 3,000 copies are being printed in first edition.

Hinduism is the world's third-largest religion, with 1 billion followers, according to a Pew Research Center study. Christians number 2.2 billion and Muslims 1.6 billion.

Brightly coloured images of Hindu deities fill entire pages, with foot-noted explanations of the forms and powers God can take in the religion.

"The goal was to have something pretty definitive -- not just about Hinduism, but about the whole South Asian tradition," said University of South Carolina professor Hal French, who met a small group of scholars in 1987 to offer academic support for the project.

"This hadn't really been attempted before," said French, an octogenarian distinguished professor emeritus of religious studies at the school and an associate editor.

"It is a milestone of research that brought together both Eastern and Western scholarship."

French, who specialises in the religions of Asia, said the primary inspiration is one of India's most revered spiritual leaders -- Swami Chidanand Saraswati.

French was among nearly 1,000 scholars from India, the United States and Europe who wrote, edited and compiled the encyclopedia, which provides the first standardised and objective presentation of the panorama that is Indian culture.

The encyclopedia is the brain child of Swami Chidanand Saraswati, president of Parmarth Niketan Ashram in Hrishikesh and founder of the India Heritage Research Foundation.

Chidanand Saraswati said the idea of the encyclopedia was not to convert anyone to Hinduism but help others becoming a good citizen. It presents Hinduism as a living religion with application to modern times, contains over six million words and 10,000 original entries.

"It's for the parents who have no answers to the queries of their inquisitive children about Hinduism and gods. They can also educate themselves on their own religion," he said.

Sadhvi Bhagawati Saraswati, president of the Divine Shakti Foundation and managing editor of the encyclopedia, said the two-day conference aims to deepen a conversation among cultures as part of India's quest for spiritual unity.

"Indian cultural and spiritual traditions, encompassed within the religion known as Hinduism, offer some of the deepest and most universally applicable insights, truths and teachings. Unfortunately, these tend to be misunderstood in the West. The Encyclopedia of Hinduism brings together, in a format comprehensible and accessible to people of all cultures, all religions and all walks of life, the depth and breadth of this ancient yet timeless heritage," she said.

The encyclopedia, also called the 'Project of the third Millennium', began in 1987 under the leadership of Chidanand Saraswati. The offices for the project were located at the University of South Carolina.

"The Encyclopedia of Hinduism, a comprehensive compilation of the spiritual and cultural heritage of India, provides a rich tapestry of Hinduism in the global context, a great gift to mankind," said Meera Narasimhan, Vice Dean of Innovative Healthcare Technologies of University of South Carolina School of Medicine.

Raoul Goff, founder of publisher of Insight Editions, Mandala Publishing, said the aim was to present the comprehensive structure of Hinduism as a total life experience covering not only textual material and oral traditions but the whole spectrum of Hinduism consisting of regional forms and variations of Hindu self-identity.

The University of South Carolina also announced CarolIndia, a celebration of India through a series of Fall and Spring events.

Led by the College of Arts and Sciences Walker Institute, CarolIndia aims at elevating campus and community understanding of India’s growing importance as the world’s largest democracy and a rising global economy.