An ambitious proposal mooted by Union Home Minister Amit Shah to allow Central Armed Police Force jawans spend at least 100 days with their families is likely to be implemented shortly, with officials saying the contours for a comprehensive policy are being worked out. The ministry of home affairs has held multiple meetings, the latest being early this month, to thrash out the issues delaying the implementation of the policy.

The policy aims to reduce work-related stress and enhance the happiness quotient of the about 10 lakh troops and officials who undertake arduous duties in some of the most challenging environmental conditions and in remote locations.

"All the central armed police forces have been directed to expedite their proposals. The home ministry is expected to take a final decision by the next month as to how the welfare measure can be implemented," a senior CAPF officer told PTI.

Some delay can be attributed to COVID-19 spread from the beginning of 2020. The priorities of the security establishment, like all other organisations, was to tackle the pandemic and make sure the infection is contained, personnel are saved and their work is not compromised, the officer added.

CRPF director general Kuldiep Singh had told reporters during a recent media interaction that this was a "work in progress".

"The MHA is sensitised at the highest level and they are also working on it. They are sensitised and sensitive on this (subject of at least 100 days with family for jawans)..."

"The home minister (Shah) has also said we have to do it. It is a work in progress. An order has not been issued, but it is in process," Singh said.

He said the force was able to provide 60-65 days leaves to their troops in an year, but if a proposal to enhance the casual leave component from 15 days to 28-30 days can be brought, then 100 days of leave for jawans can be done.

He said "some clarification" was also sought from them by the MHA sometime back.

They (MHA) are also looking at different other organisations... other government organisations can also demand such a thing. So, a "comprehensive" thinking is being worked upon, he said.

The proposal was mooted by Shah in October, 2019 after he reviewed the working and operational preparedness of the central armed police forces (CAPFs) like the CRPF, BSF, ITBP, CISF and SSB. Three other central forces like the Assam Rifles, NSG and NDRF could also be included in the ambitious project.

The move was aimed to reduce stress and enhance the happiness quotient of these personnel who work in harsh climatic conditions and for long hours, even as these forces battle regular cases of suicides and fratricidal killings.

A software platform is also being developed by each of the CAPFs to conduct a transparent transfer and posting protocol for the personnel deployed for a variety of internal security duties like border guarding, counter-terrorism operations and for maintenance of law and order in various states.

At present, an average CAPF jawan gets a total of 75 days leave quota and this number can either go up or down in case of specific operational requirements, hard area deployment and posting in remote areas.

Officials said in order to implement the 100-day leave plan, the jawans could be posted at units close to their home town or where their family lives so that they can travel and stay with their families when there are no operational exigencies.

It is also part of the thinking that the CAPFs can create new facilities or refurbish their establishments so that the families of the troops can come over and live at the location of their posting for a limited time period to ensure implementation of this plan.

Shah, during his tour to a Border Security Force post in Jaisalmer (Rajasthan) in December last year, had said that his ministry was working to improve the housing satisfaction level for CAPF personnel and much progress would be achieved by 2024 even as it was trying to find scientific ways to ensure that each jawan got to spend 100 days with their families every year.

"The proposal once implemented could be a game changer as far as troops' welfare is concerned. It is expected that more days with the family will ease the challenges they face on duty, but also at home.

"A periodic review of the plan is also being planned so that modifications, if required, could be carried out after the implementation," a senior home ministry officer said. All CAPF personnel to now retire at 60 years 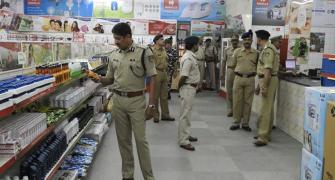 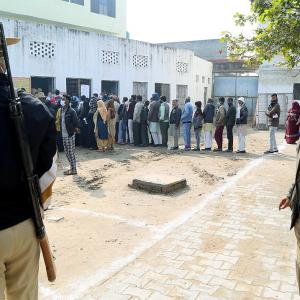