'You can't go on creating division and rhetoric of hate.'
'It comes to roost. We are seeing the first glimpses of that in the state elections.'

"We need a second independence movement. We have to clear the cobwebs in our own brain first," says Salil Shetty, former secretary-general of Amnesty International and previously director of the United Nations Millennium Campaign.

Back in India after spending most of the year as a fellow at Harvard University's Kennedy School, Shetty was in Mumbai last week to speak at IIT Bombay's Techfest on technology and freedoms for India's poor.

A graduate from the Indian Institute of Management-Ahmedabad and the London School of Economics, Shetty is a human rights campaigner with decades of experience.

In conversation with Rediff.com's Archana Masih, he discusses the anti-human rights discourse in the country and his plan to start a movement with India's youth, independent of religion or politics.

What have been the glaring examples of human rights violations in the last few years?

The thing we don't talk about is the highly discriminatory and ineffective criminal justice system.

Half a million people are in prison and 70% on detention without trial -- mostly Dalits, minorities. Two thirds are petty offenders.

It is a well known fact that even if you are not a criminal if you spend long years in jail you come out being one.

How has the State failed in protecting citizen rights?

The State's job is to protect people's human rights. Perpetrators in India are individuals, government, religious bodies and corporations.

If Greenpeace is attacked they fight back, but what when a Dalit or Muslim is attacked?

What are the challenges that human rights activists encounter that they did not face before?

The last few years has been exceptionally hard for human rights activists.

They are creating an anti-human rights discourse. The idea is to sow a seed of suspicion or doubt in those who are neutral.

We are in a desperate situation that need desperate measures. You have to campaign for the values you stand for and make people think hard before they cast their vote.

The killing of a police officer showed the impunity with which a mob could kill an officer of the law.

The Bulandshahr killing was exceptional. The killing of a police officer by Hindu fundamentalists which is in line with the current government's approach towards hypernationalism.

Hindutva politics is not new in this country, but these people have taken it to a different level.

The country needs urgent attention on more serious things -- education, health and water. The farmers, the poor in this country, are in a crisis and so much energy is going into all this.

Lynching is a major assault on human rights. How do you explain this phenomena because it is not only about the cow, but people have been lynched because they have been thought to be child lifters?

Once you open this can, then you lose control over it.

In UP over 1,000 encounters have taken place in nine months after Adityanath (Uttar Pradesh Chief Minister Ajay Singh Bisht aka Yogi Adityanath) took over, which include 32 deaths.

If you ask people on the street they would probably say that something needed to be done as people are getting away with all sorts of crimes, so basically this leads to normalising such killings and actually makes it acceptable.

In a country that claims to be a democracy one has to follows due process even if that person has committed a crime.

People have lost faith in the mainstream system and are looking for shortcuts.

A couple of weeks after Human Rights Day, how do you see the situation in India today?

I left India in 1995. Twenty three years later what has changed and not can be classified into two -- freedom from want and freedom from fear.

Human rights is not one or the other. Often, people think of human rights as civil-political rights. There have been many important achievements and we shouldn't belittle them -- reduction in poverty, enrollment of girls.

Even on freedom from want, much as we have achieved, we are yet so far behind on global indices.

On the human development index, the most important human metric, when I left we were 139, we are still in the 130s out of 170, 180, in spite of this so-called macro economic growth.

Unfortunately, the trickle down logic has never worked in this country.

On the civil-political side -- I was in school when the Emergency was declared under Indira Gandhi. That was the fight of a lifetime. We thought we had won back all those freedoms.

It is the first time since then that we are seeing a flashback of that kind of behaviour.

Critics of that belief say you can freely criticise the PM which you could not do during the Emergency.

If we took the benchmark we can take away 1 or 2 differences, but there are far too many similarities. I hope we don't have to use 1975, 1976 as a benchmark!

The ambience is that you are not allowed to dissent in this country.

There is a systematic onslaught of trying to reframe what this country is about.

Has the human rights movement in India been marginalised? Are organisations not pushing hard enough like PUCL, PUDR did in the past?

It is being done systematically. India has never had a strong human rights NGO movement. It has had a few important ones. Each and every one has been under attack. They have managed to silence a lot of them.

I don't think human rights groups are not pushing for the cause of human rights, but they are small and weak to start with and have become even more smaller and weaker.

Anti-human rights narrative is much more mainstream, it is partly also global thanks to Trump.

Has the narrative of aggressive nationalism created a climate of hostility towards activists?

The mythology of ultra nationalism is that the only way they can create a Hindu identity is from a vote bank perspective. The only way to shore up your side is by having 'the other' who you can show as 'the other'.

Human rights organisations are a scapegoat to show that they are anti nationals and we are national -- and it seems to be working perfectly.

The question is: Can they sustain it?

You can't sustain a campaign of hate. You can't go on creating division and rhetoric of hate. It comes to roost. We are seeing the first glimpses of that in the state elections.

And it is not only about Hindutva. The violence against women -- rapes -- there are over 100 rapes a day of which more than one quarter are minors. The shocking part is that only one out of four cases lead to convictions.

We need a second independence movement. A lot of independence is in our head. We have to clear the cobwebs in our own brain first.

There are people who are extreme right wing Hindutva and there are others who believe in the values of the Constitution, but there is a massive number in the middle that is totally confused, who can be pushed this way or that.

These are young, mostly educated, mostly unemployed and have a lot of frustration, anger so they are being pushed this way or that.

We have to work with them. It is a crucial moment for a pan India youth movement which is not political or religious -- for saving India. 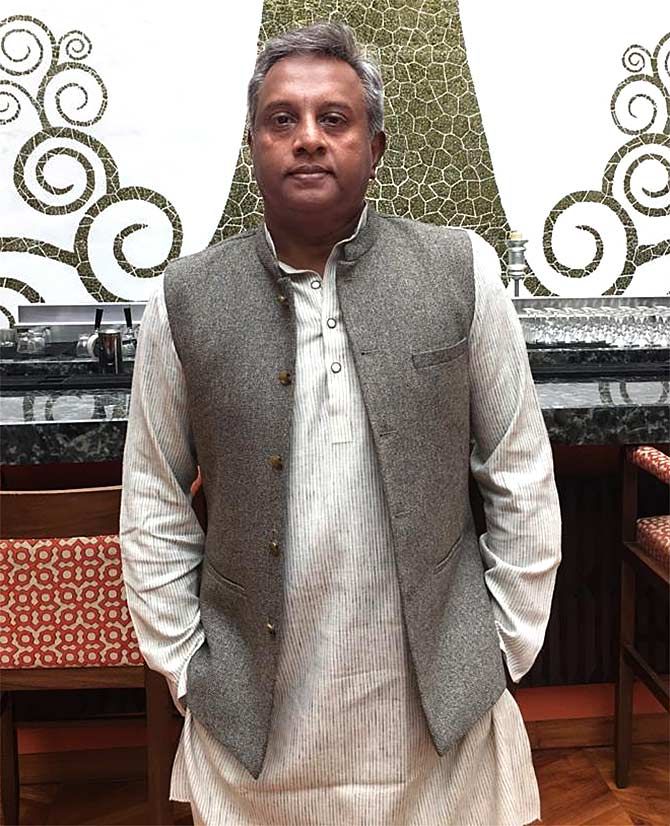 Electoral politics can deliver only so much on fundamental, cultural and social change. It has to be an independent movement which has to attack frontally.

This country needs a youth movement not based on religion or politics but based on the ground of saving India.

What are the dangers to India's future by the attacks on minority human rights?

There are 200 million plus Muslims in India, the second largest Muslim country after Indonesia.

If you start attacking them through the NRC (the National Register of Citizens of India), lynchings, through commando TV channels, it is playing with fire.

What are your thoughts on the MeToo movement in India?

The status of women in India is a serious concern. I am delighted they are speaking up and all power to them. This is the tip of the iceberg. I don't know of a single woman who has not experienced this in India.

In the West it is 1/3rd of the women, here it is 100% who face sexual abuse. Imagine a MeToo movement of domestic workers -- if women start speaking up they will shake up the foundations of the country.

You can't let the State go scot-free in MeToo. It is also the State's responsibility to safeguard women.

No State can function if society and religion is sanctifying the women as second class.