'Yoga can stop the progression of dementia'

'Yoga can increase the volume of hippocampus and improve memory.' "In India, the population of the elderly will double in the next 30 years. Even now, the number of people with dementia is increasing fast," warns Dr Hemant Bhargav, an assistant professor at the department of integrative medicine at NIMHANS, Bengaluru.

An ageing population and their families have to grapple with problems like Alzheimer's and dementia.

"It is possible to teach yoga to people who are in all three stages of dementia. They showed 30% to 40% improvement in their performance," Dr Bhargav -- an MD, he has also completed his PhD in yoga and rehabilitation -- tells Shobha Warrier/Rediff.com in the concluding segment of the interview.

When you found that the quality of life of the elderly improved with yoga, did you feel yoga would help people with dementia?

Yes. The study gave us the confidence that we could explore what kind of impact yoga would have on people with mild cognitive impairment, like the initial stages of dementia and some cases with Alzheimer's.

Then we picked the useful practices from both ancient literature and modern science and consulted experts in the field of mental health and yoga.

The module we designed for people with dementia needed some adaptation from what we had used for elderly people.

This time, our stress was more on memory and we designed a yoga module based on kundalini yoga and chair yoga because people we were dealing with are the elderly.

At that time, we came across a paper which talked about adapting yoga for early stage, middle stage and late stages of Alzheimer's.

The paper said that, in the early stages, people are rigid in their minds so there shouldn't be frequent changes in the module and the patients needed individual attention.

In the middle stages, people are more playful and child-like.

But in the late stage, it was advised to physically guide them into various postures.

We incorporated these ideas also into our module.

Then, we looked for people with early, middle and late stage symptoms to make them practise.

What are the early, middle and late symptoms of Alzheimer's you looked for?

In the early stages, you will see marginal forgetfulness, difficulty in recollecting names of even the close relatives, rigidity in routine and aversion to changes. Because of this, you will see a slight change in the personality also.

When they reach the middle stages, the rigidity which was part of their personality changes and they become more child-like and fun loving. At the same time, their forgetfulness increases.

In the later change, they may even forget the language they were used to and may not be able to talk. What are the results of the study you did on patients with dementia?

The feasibility test is going on at the moment. So far, we have found that the module we have developed is safe and has no adverse effects.

The initial studies also show that their ability to imitate has become better, which will help them do yoga in a better way as you need some amount of memory to perform yogasanas.

We have found that in eight weeks, these people are able to do yoga with slight guidance.

One of the most important things we have found is, it is possible to teach yoga to people who are in all the three stages of dementia.

On the yoga performance scale, on an average, they showed 30% to 40% improvement in their performance.

Stopping the progression of dementia itself is a big achievement.

If it is taking long time to progress one stage to another, it is a big achievement. But we have to do a long term follow-up to come out with a proper result.

What gives us hope is that our study on the elderly found that yoga can increase the volume of hippocampus and improve memory.

Did you find changes in all the three stages?

I would say it is possible to do yoga in all the three stages of dementia. We plan to write to the Government of India for a grant to do a larger randomised study to establish that yoga is effective in controlling dementia.

At present, we are doing the study only in one group, not in a controlled group.

Do you feel there should be more studies like yours as the number of people with dementia is increasing rapidly?

Definitely, because modern science has very little to offer in conditions like these.

The main approach of Ayurveda and yoga is not to cure diseases but to promote health and well-being. They also work holistically, on the mind, the body and emotions, promoting health through multiple ways.

On the other hand, the approach of modern medicine is totally different.

That's why I feel we should have larger studies on yoga and Ayurveda.

In fact, there are very good studies done in the US on the effects of yoga in Alzheimer's. But, in India, no such study had been done so far. Do you feel they have been doing these studies because there are more elderly people there?

But, in India, the population of the elderly will double in the next 30 years. Even now, the number of people with dementia is increasing fast in India.

Of late, have you started seeing more elderly people visiting the hospital?

Yes, it has increased tremendously and is increasing every year. That's why we now have a department called geriatric psychiatry to address the problems of this population.

We at the department of integrative medicine collaborate with geriatric psychiatry. We research together; while we explore the ancient system, they research on the modern system.

NIMHANS is the only central government institute that has a separate department for integrative medicine. This is should be taken up by all the other institutes in India.

Integrative medicine is very popular in western countries and they are doing a lot of studies. But we in India ignore our traditional system; we should do much more work around it.

The problem is we accept our own traditional system only when it comes from the US. We accept yoga when it becomes popular in the US.

At NIMHANS, do you use yoga as a therapy for mental problems?

Our present director, Dr B N Gangadhar, started exploring yoga some 12 years ago to treat people with mental disorders. Today, it has developed into a full-fledged department of integrative medicine.

For mild depression, yoga can be as effective as drugs. There are a couple of trials going on to use yoga as the first line therapy.

In depression, we use more dynamic asanas which are done more intensively and the breathing exercises are also faster, like Vastrika.

For anxiety, we use slower breathing practices and meditative postures.

On the other hand, meditation with eyes closed is not recommended for depression and schizophrenia. Meditation may worsen their problem. That's why we recommend more physical practices like Surya Namaskara, chanting and breathing exercises and not introvert meditation.

There is sufficient amount of evidence to show that yoga can be beneficial to people suffering from depression, schizophrenia, pain disorders and anxiety. 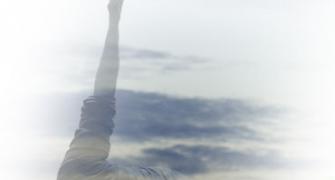 IN PICS: 5 yoga poses for a great start to your morning! 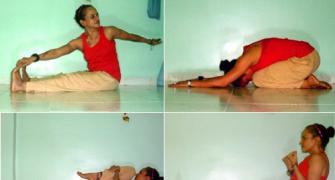 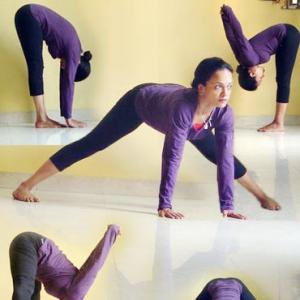 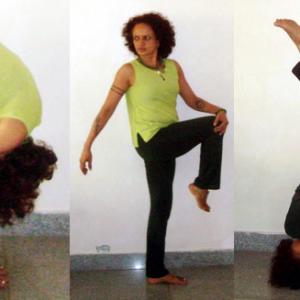