News
Business
Movies
Sports
Cricket
Get Ahead
Money Tips
Shopping
Sign in  |  Create a Rediffmail account
Rediff.com  » News » Why Xi Is In A Hurry About Arunachal Pradesh

'Xi is keen that the remaining three territories still outside the Chinese ambit -- Taiwan, Arunachal Pradesh, and the Senkaku Islands in the East Sea -- be absorbed by the Communist regime by the time the centenary of the revolution rolls around in 2049.' 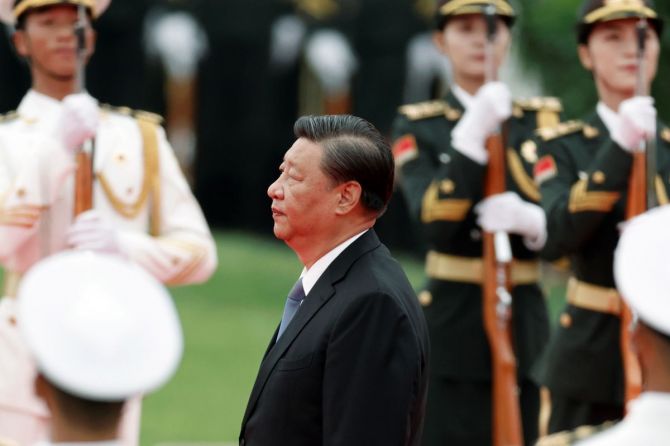 General Rawat made a very strange statement at the Times Now Summit where he has said, 'Locals (in Kashmir) are giving information about terrorists. Now they are saying they will lynch the terrorists which is a very positive sign that is coming in. If there is a terrorist operating in your area, why should you not lynch him?'

Don't confuse two separate issues. If the locals, suffering from collateral damage of anti-terrorist actions by the army and state police are fatigued enough to be driven to 'lynch' a terrorist in their area, that is their business and, in a sense, not preventable.

Had General Rawat advocated open lynching of such miscreants, then that would be an objectionable thing for the CDS (Chief of Defence Staff) to do. But that is not what Rawat said.

India and the US already have a military intelligence sharing agreement. How successful has this proved in the past?

The intelligence-sharing arrangement has been there for some twenty years now.

The trouble is that while the US secures 'raw intelligence' from us, what we get in return is 'processed' intelligence that is run throuh several filters by the US agencies keeping in mind American national interests and policy vis a vis, say, China and Pakistan, before it is passed on to Indian intelligence.

This is neither particularly helpful nor equitable.

For instance, the US government had prior information about the 2008 seaborne strike on Mumbai but gave no inkling of it to New Delhi.

Rahul Gandhi tweeted that 'our national security is unpardonably compromised because the government has no strategy.

It is natural for Opposition leaders to make hay while the sun of misreading China and the attendant policy discomfiture shines on Prime Minister Narendra Modi.

With Xi Jinping set to remain in power for life, will we see an increase in the aggressive policies being pursued by China?

Xi has just had the Communist party plenum declare him 'the helmsman'.

The last beneficiary of this title was Deng Xiaoping, who singlehandedly guided China into becoming an economic and trading powerhouse and the fairly wealthy country that it is now.

Xi, it turns out, is only a wannabe Deng, but without any of the foresight shown by that genuinely great Chinese leader in realising for China its supposed old imperium.

Xi is keen that the remaining three territories still outside the Chinese ambit -- Taiwan, Arunachal Pradesh, and the Senkaku Islands in the East Sea -- be absorbed by the Communist regime by the time the centenary of the revolution rolls around in 2049. 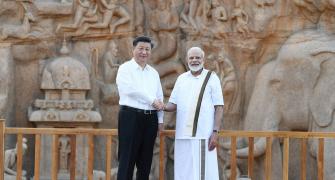 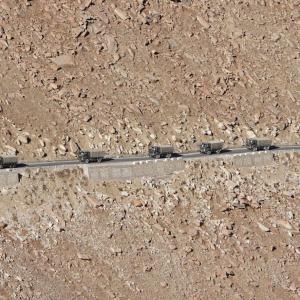 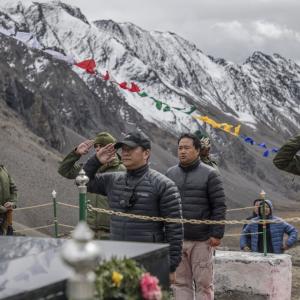