'The SJM has requested the government to bring a change in the law which will ensure MSP as the floor price for all farmers below which nobody should buy anything from them.' Described by Prime Minister Narendra Damodaras Modi as a watershed moment in the history of Indian agriculture, Parliament approved, amidst vociferous protests from the opposition, three new farm bills -- The Farmers (Empowerment & Protection) Agreement of Price Assurance and Farm Services Bill, The Essential Commodities Act (Amendment) Bill and Farmers’ Produce Trade and Commerce (Promotion and Facilitation) Bill – last week, and which soon became a law with the President assenting to them.

The legislation has drawn fire not only from farmers in Punjab and Haryana, but from other states as well. Non-BJP ruled states have made clear their intention to block the new laws, too.

Not only the Opposition but even the Swadeshi Jaagran Manch, aligned with the Rashtriya Swayamsevak Sangh and ruling Bharatiya Janata Party, has some objections to the laws.

Professor Ashwani Mahajan, the SJM co-convenor, lists the changes that the Manch wants made in the laws, in the first part of an interview to Shobha Warrier/Rediff.com.

What we at Swadeshi Jaagran Manch feel is, the intent of the farm bills is good.

If the farmers are unhappy, it is the duty of the people and society at large to indicate what changes are needed. That is why we are raising certain issues to be addressed.

The problem in present-day agriculture is that farmers are subjected to various types of exploitation.

The major problem farmers face is, they do not get a good price for their produce.

So, what the government has done by announcing an MSP which is the cost of production plus 50% or more, is wonderful. It was mainly to encourage agricultural production and improve the economic condition of the farmers in the country.

The government announced in 2017 to increase the farmers's income by 2022.

Today, we have surplus production...

Yes, because we have surplus production, the problem has shifted to storage. To encourage people to create infrastructure for storage, you need to change the law that penalised people for storage.

Such a law doesn't serve any purpose now. That was why the Essential Commodities Act has been amended. It is a welcome step.

The next bill is about the mandis, the APMC (Agricultural Produce Market Committee) mandis.

Earlier also, farmers used to sell their produce outside the mandis. But those who were purchasing then could not do so in large numbers as they had to purchase through APMC.

In the APMC mandis, there are various charges the farmers had to pay which in turn reduced the income of the farmers.

The new bill intends to keep the mandis intact, while allowing the farmer to sell outside if he wants to do so.

When the trade outside the APMC mandis goes unregulated, will it not destroy the level playing field between the APMC market and other traders?

When farmers can sell outside the APMC mandis, even if they are selling at the same price as in mandis, they will, in fact, be getting 6%-7% higher price. That is because they do not have to pay the mandi fees, commission, etc.

Yes, the cause of concern for us is that there won’t be a level playing field. What we are saying is, when the procurers work outside the mandi, the interest of the farmers should be protected.

When the number of mandis come down, it will be an incentive for the buyers to buy outside the mandi. In turn, the farmers will be forced to sell outside the mandi because buyers are only there.

Won't this lead to exploitation of the farmers?

Yes. Since farmers have very little bargaining power, there are chance of them getting exploited.

So, the Swadeshi Jaagran Manch feels that we must ensure at least a Minimum Support Price (MSP) to the farmers outside the mandis.

Till now the procurement is done only by the government, and they were given a minimum support price. Even while passing the bill, the government went on to say that MSP will continue.

Our concern is, the procurement by the government is only 6% of the total agricultural production.

For the rest 94%, it will be outside the mandis and outside MSP. 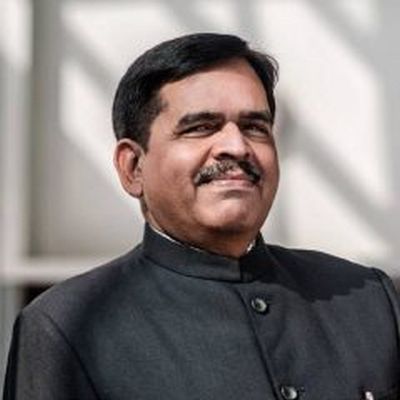 So, we feel that the laws should be with those who have less bargaining power, and those who are economically less privileged. And farmers come in this category. Therefore, we need to protect them.

Every authority, from the government to the income tax department, accepts this. Deals are made on MRP which has no scientific basis.

Is that not how the free market works?

Yes. That is exactly what we want to stress upon.

If this is how free markets work, how do you expect a farmer who has a small holding to know the moods of the market?

Those who have the money, govern the market.

What should the government have done; announce more APMC markets and restrict the trade outside the mandis?

There are two ways. One is, farmers should have more options. Sometime back, the government had announced the opening up of 22,000 farmers's markets where farmers can sell their produce.

More of these markets should be developed the government. They should not be left to the mercy of the corporates.

What is happening today is, traders may come or may not come, they may buy or not buy. They may give a price decided by them.

Yes, unregulated. So, the SJM has requested the government to bring a change in the law which will ensure MSP as the floor price for all farmers below which nobody should buy anything from them.

It means, whether it is the government or the private entity, everybody is obliged to pay the MSP when they buy a product from the farmers.

I will give you an example. Australian wheat comes at Rs 1,600 per quintal after paying all the taxes. In India, the government purchases wheat at Rs 2,000 from the farmers.

If the free market is allowed to function, more and more Australian wheat will come to India, and Indian farmers will be forced to sell their produce at less than Rs 1,600.

Since the farmer is less privileged, the government should fix a minimum floor price which will be a scientific one.

You should also remember that the corporates are allowed to sell agri produces at a price that is not scientifically decided. Nobody knows how they decide the MRP.

But the MSP is scientifically calculated because the government can calculate each and every element of the cost.

Such an MSP is more egalitarian, pro-farmer, pro-poor and scientific. So, you should put it in the law that anybody purchasing any produce from a farmer has to pay the MSP, and anyone purchasing below the floor price should be penalised.