News
Business
Movies
Sports
Cricket
Get Ahead
Money Tips
Shopping
Sign in  |  Create a Rediffmail account
Rediff.com  » News » 'We have to rescue India from election-ocracy'

'If there is lesser number of elections, populism will naturally be restricted.'
'Decisions will be taken speedily because there won't be the spectre of adverse electoral impact of the decisions because elections will be held once in five years or maximum two times in five years.' 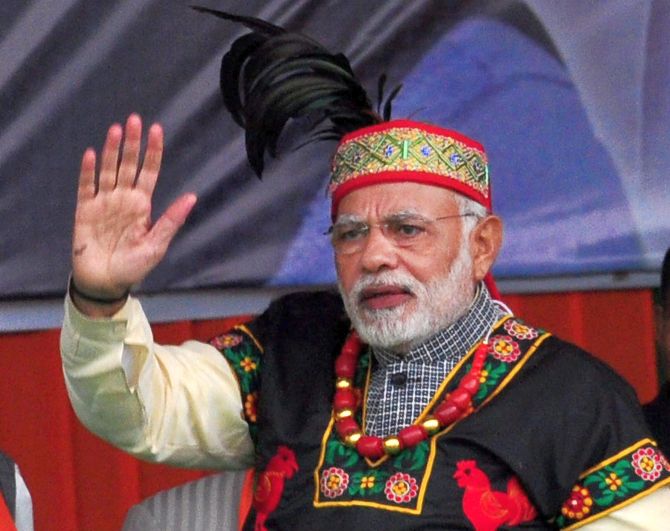 Dr Vinay Sahasrabuddhe, the Rajya Sabha MP, was appointed president of the Indian Council For Cultural Relations earlier this month.

On January 20-21, Dr Sahasrabuddhe convened a two-day conference at the picturesque Rambhau Mhalgi Prabodhini, a right wing think-tank, of which he is the vice chairman, near Mumbai to discuss and debate the idea of 'One Nation, One Election', which is being keenly pursued by Prime Minister Narendra D Modi.

While invites were sent to all nationally recognised political parties, only K C Tyagi from the Janata Dal-United, and Baijayant Panda, the Lok Sabha MP from the Biju Janata Dal, attended the two-day event. Panda was suspended from the BJD a couple of days later.

Why do you call 'One Nation, One Election' the 'mother' of all reforms?

Several issues afflicting our democracy as well as governance could be taken care of if we implement the 'One Nation, One Election' reform.

For example, take the lure of populism. If there is lesser number of elections, populism will naturally be restricted to that extent.

Indecision, which again is a part of populism in many cases, will be taken care of.

Decisions will be taken speedily because there won't be the spectre of adverse electoral impact of the decisions because elections will be held once in five years or maximum two times in five years.

Thirdly, the limitless use of money power will also be curbed.

Then the pace that we lose in following the model code of conduct and its impact on slowing down the pace of development can also be arrested.

People are now aware that multiplicity of elections lead to huge wastage of resources during every Lok Sabha or assembly election when they are held separately.

They now have realised that multiplicity is complicating matters leading us to a situation where this nation is always in election mode.

Considering all these huge positives I say that the One Nation, One Election reform will be the mother of all reforms.

What are the hurdles that one will have to cross to universalise and implement this idea across India?

We will have to rescue our democracy from what I would describe as election-ocracy.

To achieve this, we will have to create a very solid political will around this reform. This can happen only if there is a political debate and larger discourse on the idea.

Creating this discourse -- for dispassionate analysis which may lead to such a consensus among various political parties -- is the first hurdle to be crossed.

Normally, people have a tendency to look at every other issue through political blinkers.

One will have to take off these political blinkers without indulging in doubt-mongering and challenging the intentions of those who have mooted this idea, from the late P C Alexander to Pranab Mukherjee and PM Narendra D Modi.

We have to discuss this reform without any prejudice and recognise the merits and demerits of this idea.

The prime minister has very rightly said that this should not be looked at as a BJP idea or PM Modi's idea.

As somebody who is taking the lead in propagating this idea have you discussed this idea with various political parties?

Let me make it clear that we are promoting a debate on this. It need not be described as propagating an idea.

We have approached every other political party; we at the Rambhau Mhalgi Prabodhini had sent our invites too, but the Congress, the Communists and the Shiv Sena didn't respond whereas the Janata Dal-United was represented by former MP K C Tyagi whereas the Biju Janata Dal by its MP Baijayant Panda.

All recognised national political parties were invited, but may be since most of them have not yet formulated their opinion on this (issue), they did not attend the January 20-21 conference.

Except for the Shiv Sena, no other state party was invited.

What ideas were discussed at the conference convened by the Prabodhini on January 20-21?

One idea that found favour with many was Baijayant Panda's call for One Nation, Two Elections.

He believes that One Nation, One Election may be too idealistic and he proposed the idea of One Nation, Two Elections.

What he meant was you cannot have only one election where people would vote for Parliament, legislative assemblies and local self government bodies.

He suggested simultaneous elections to the Lok Sabha and the legislative assemblies and the second election for local self government bodies across India.

The idea was to let people get an opportunity to express their mandate every two-and-a-half years.

Given India's geographical expanse, federal structure and diverse political opinions, how workable is the One Nation, One Election idea?
Any timeline you have in mind to begin implementing this idea on the ground?

There is no question of us having any timeline. It is for the nation and the people of India to decide. 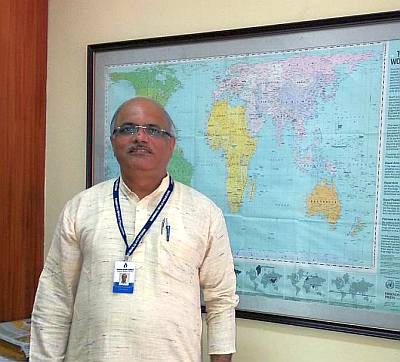 Remember that the first four general elections that were held in independent India had One Nation, One Election formula implemented without any difficulty.

It was only after 1967 when some state governments couldn't last their full term because some state assemblies were dissolved before their tenure ended.

Similarly, after the Bangladesh victory in 1971 -- in a way to take advantage of the same (prime minister) Mrs Indira Gandhi announced mid-term elections to the Lok Sabha and that again separated assembly and parliamentary elections. (Note: In reality, the 1971 Lok Sabha election was held in March 1971; the war with Pakistan took place nine months later in December 1971.)

It was from there onwards that this simultaneous character of elections gave way to multiplicity of elections.

There is nothing difficult in that (in holding One Nation, One Election). In fact, it is very convenient and many former election commissioners as well as the national law commission in 1999 itself have endorsed this idea in the past.

Did you discuss One Nation, One Election with the Election Commission? What was its response?

The newly appointed Chief Election Commissioner O P Rawat has already stated on record some four months ago that if the government so decides we are all for it. Let the government decide.

What can possibly indicate the seriousness of this government as far as taking the One Nation, One Election idea forward?

When the prime minister himself is repeatedly saying this in two interviews and elaborately explaining its merits and appealing to the people to look at this idea from a non-partisan view, then I think the seriousness of this government shouldn't be in doubt at all. 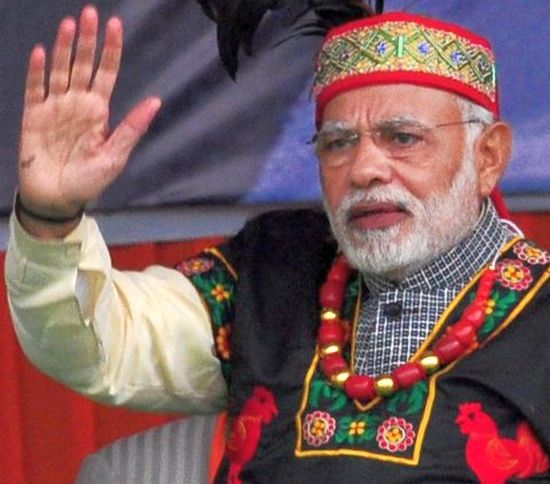