News
Business
Movies
Sports
Cricket
Get Ahead
Money Tips
Shopping
Sign in  |  Create a Rediffmail account
Rediff.com  » News » 'No one in Washington wants to see another war, or near-war, between India and Pakistan'

'No one in Washington wants to see another war, or near-war, between India and Pakistan'

'While US officials understand and accept India's desire for retaliation, they still don't want to encourage steps that would likely lead to war.'

"Look for other versions of cross-border strikes that Indian leaders can describe as strong and punitive, but Pakistan can absorb without escalating dramatically," Professor Markey tells Rediff.com's Nikhil Lakshman. I believe that a limited military operation is inevitable for two reasons.

First, PM Modi is under considerable domestic pressure in this pre-election period.

Second, from a strategic perspective, PM Modi has made a point of attempting to set new 'red lines' with Pakistan and to demonstrate that any attack of this sort will be met with a muscular response, all as a means to establish a more effective deterrent.

What kind of military operation is this likely to be -- a reprise of the September 2016 surgical strike or something involving greater firepower and possible attacks from the air?
Can Indian risk a military operation with all the risks of a Pakistani response and likely escalation?

I imagine that India's preferred option would be some version of the 2016 'surgical strikes', which would permit the Indian government to punish Pakistan without forcing the two sides into a further escalation of violence.

However, my understanding is that current weather conditions complicate that approach, and lesser steps are considered inadequate, so other options have been explored.

Air strikes are riskier, in that they could fail, or lead Pakistan to retaliate in kind.

The diversion of river water comes with other risks, as it militarises a vital resource in ways that harm common people.

India is itself vulnerable as a lower riparian to China, so such strategies must proceed with caution.

So look for other versions of cross-border strikes that Indian leaders can describe as strong and punitive, but Pakistan can absorb without escalating dramatically.

Do you believe the ISI/Pakistan's Deep State has been stoking fires in Kashmir after Burhan Wani's death in July 2016?
Or do you believe the terrorism that one currently encounters in the Kashmir valley is a consequence of local anger and angst and a reaction to the Modi government's handling of the situation in the state? Could this terrorism have grown without Pakistani backing?

No one needs an American history lesson on Kashmir. But this dispute is not new and has many causes, both internal and external.

My belief is that the politics of Kashmir have deteriorated in ways that could produce horrific violence, and that not every specific incident requires direct Pakistani support.

That said, India is not alone in its frustration and anger over Pakistan's policies on terrorist groups. Iran, Afghanistan, and the United States have all loudly and frequently voiced their anger about similar matters.

The response to the Pulwama attack from President Trump's national security adviser -- that India has every right to self defence -- reflects a view widely shared in US policy circles.

How do you account for the resurgence of Jaish e Mohammad and its equation with the ISI and Pakistani army? After all, this is an organisation that twice tried to assassinate a Pakistani military ruler.
Why did Generals Kayani, Sharif and Bajwa sanction Jaish's resurrection? Was it because the ISI wanted, as one former RA&W officer wrote on Rediff.com, to take the global scrutiny away from Lashkar e Tayiba after 26/11?

The specific motivations and calculations of ISI about issues of this nature are opaque to me. I have, however, been impressed by the extent to which some Pakistani security officials seem to believe they can manage or control these groups, even as history shows how risky and dangerous that can be.

The murky world of spy games with terrorists is not one I understand fully, but like statecraft in general, it frequently encourages 'deals with lesser devils' and a dubious morality.

The secrecy surrounding these policies simultaneously shields them from a healthy accountability and introduces the potential for real confusion and speculation.

Many fear that a peace settlement in Afghanistan will bring hordes of Islamist terrorists to India's door. Do you share that apprehension?
Has the United States not factored the possibility of Islamist terror undermining one of its closest allies in Asia?

India indeed paid a price duing the last period of Taliban rule in Afghanistan, so there should be no surprise that many Indians view a peace settlement with apprehension. At present, no one can guarantee that a new peace settlement will keep Afghanistan from reverting to civil war and partial (or full) Islamist rule.

The United States has clearly factored these risks into its current policies, but the Trump administration (like Obama before) also believes that the only realistic path to progress involves some sort of political negotiation and settlement.

The past 17 years has shown the war cannot, as they say, be won on the battlefield.

Part of the negotiations will undoubtedly centre on the issue of how the United States can retain a residual counter-terror presence in Afghanistan, even if all (or nearly all) of US uniformed military are withdrawn.

Does the Trump administration even care about what is happening in our part of the world and the dangers that lie in the future? 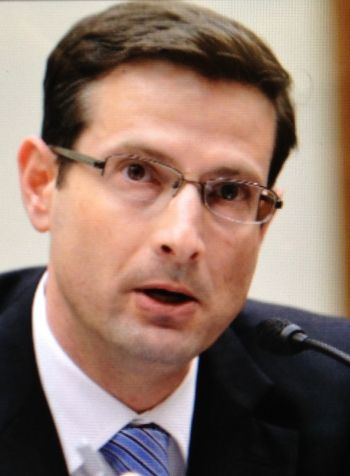 Do you believe the US is involved in trying to calm tempers down in South Asia? Are countries like France playing the role the US should have played?

Certain members of the Trump administration, and of the US government more generally, care deeply about what happens in South Asia. Some are also very eager to assert American leadership on a wide range of global issues.

Unfortunately, President Trump has proven himself not to be a skilled or well-informed statesman. This has undermined the American position with allies, friends, and adversaries.

Other States may attempt to step into the vacuum, and we can hope those efforts will be helpful, but they necessarily lack the power and capacity that the United States has historically brought to bear in similar circumstances.

Do you believe the US will condone -- perhaps even back -- an Indian military operation? NSA John Bolton told NSA Ajit Kumar Doval that he understands India's need to defend itself.
Is the US support likely to be limited to a surgical strike kind of mission -- or something larger in scope to deliver a clear message to Pakistan that it cannot deny as it did the September 2016 strike?

Bolton's message to Doval was, by my eye, not entirely different from messages delivered by the Obama administration in 2016. They reflect a wider American frustration with the problem of terrorist safe havens inside Pakistan.

That said, US-Pakistan relations have deteriorated over the past two years, and there has been even less concern within the Trump administration about the risks associated with coercing or punishing Islamabad.

Still, President Trump's basic statement -- that it would be 'wonderful' if India and Pakistan could get along -- reflects a deeper truth: No one in Washington wants to see another war, or near-war, between India and Pakistan.

So while US officials understand and accept India's desire for retaliation, they still don't want to encourage steps that would likely lead to war.

Finally, your forecast for Kashmir, for India, for Pakistan, for Afghanistan in the next 18 months.

I do not have a crystal ball. All of these issues are marked by high levels of unpredictability. That said, I anticipate that this latest Kashmir/Indo-Pak crisis will resolve without serious escalation and that Afghan talks will drag on in ways that permit a reduction of US military forces, but not a complete American withdrawal by the end of the Trump administration.

All things considered, this would be the best, realistic outcome in that time frame.