'You should never give the impression that the police force is malicious, vindictive and indulging in retribution.' "While intelligence was lacking, you cannot have equipment (firearms) where you have 19 deaths... a non-lethal alternative would have been much better," Dr Vikram Singh, the decorated former director general of police of Uttar Pradesh, tells Rediff.com's Prasanna D Zore in the first of a two-part interview.

Is the police force across various states well-equipped, well-trained to handle disturbances like the ones we saw in Delhi, across UP, Mangaluru and Assam in the wake of anti-Citizenship (Amendment) Act and anti-National Register of Citizens protests?

My answer to most of your questions would be no. Right from Delhi to Uttar Pradesh to Karnataka where I am just now, the police response left much to be wanted.

Whether it was the response time or the equipment that they used, whether the quantum of force used or whether there were adequate women police officers or not, whether the state of the art technology like face recognition, the use of drones to keep a watch on protesters or for that matter even intelligence gathering, all was found to be wanting.

That there was sudden and simultaneous outburst of violence then don't you think it was a job of the intelligence agencies to forewarn the police; to be forewarned is to be forearmed. I can say that right across the state there was a pathetic lack of intelligence, especially in Uttar Pradesh.

I was sitting in Delhi and I told my UP colleagues that after two days you can expect some problems, especially in some specific areas in Western UP and state capital (Lucknow).

Now, I am not a soothsayer, but I have my channels and I expect every police officer to have reliable channels of intelligence and predictable and actionable intelligence in moments of crises like these.

Basically, I think the entire intelligence gathering needs to be revamped.

While intelligence was lacking, you cannot have equipment (firearms) where now you have 19 deaths and don't you think that a non-lethal alternative would have been much better.

You have the skunk guns of Israel that when used throw only a putrid smelling liquid that smells very offensively for almost four days. Even people from your own family will throw you out. So, there would have been no requirement of pumping a bullet into an agitator.

Nobody dies and nobody gets even injured.

Then you come to the number of women police officers; you have seen how the girl students in Delhi and at Jamia (Millia Islamia) were roughed up.

I think we might have given a better account of what happened if we had more professional lady police officers.

If these lady police officers and even male police officers were invariably accompanied by a videographer and the police action recorded, it would have not led to allegations of women being roughed and we must remember that you are still living in a civilised society.

So, if the police were forearmed with videographers who could have recorded everything the cops were doing the quantum of force used would have been much less and the presence of more women police officers would have instilled a sense of comfort in civil society.

Doing this (having more women officers while dealing with female protesters and presence of videographer) is mandated also by procedure (standard operating procedure that police should have followed while handling protests at Delhi, Jamia and across UP).

When I went to the house of minorities (during the various situations I handled as a police officer), I would ensure that a senior officer of the minority community was by my side and was part of the raiding parties; this was supposedly do-able and enhances the credibility (of the police force by scotching allegations against cops that are now surfacing).

This procedure is laid down nowhere, but if you want to enhance your credibility, it's always prudent to have lady police officers and officers of the minority community with you at such sensitive times so that we are not caught on the wrong foot.

You (the UP police) could have done that.

Then again I will say the training of the policeman needs to be overhauled.

The tear gas shell should not be used because it can be thrown back in the wrong direction at the police itself.

Then bashing up people, giving them head blows with lathiss (hard bamboo sticks) is a reflection of the poor training that the constabulary has to live with.

You don't aim lathis at the heads, you don't blow lathis on the vital parts; you could have hit only below the knees.

You should never give the impression that the force is malicious, vindictive and indulging in retribution. These three aspects of policing do not augur well and do not show police in good light. 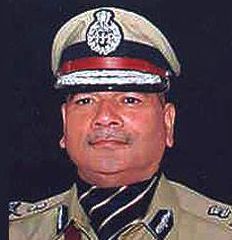 Do you think the political leadership in Uttar Pradesh as well as the police there are biased against minorities? After the number of deaths and the injuries reported from the state, the charge is now being made against the police?

If the 2006 police reforms had been in place, nobody would have raised a finger at the police because the police would have been insulated against frivolous and malicious and illegal political order that comes down from the political leadership to the top brass of the police.

But unfortunately, these police reforms are not yet in place.

What is the urgent duty of every government, including the central and the state government, is to enforce (The 2006 Supreme Court order called for setting up guidelines for functioning, performance evaluation, deciding police postings and transfers and acting on complaints of police misconduct), police reforms immediately.

Nobody seems to be interested in enforcing police reforms because the reform of the police does not augur well for today's politicians.

Given your policing experience how differently would you have handled the situation across UP? You have been a former DGP of the state.

Yes, the community outreach (would have come) first.

After the community outreach, the use of modern technology to help reduce casualty numbers and yet provide best and effective policing, along with employing credible and actionable intelligence using reliable channels would have been my top most priority.

Can the UP police be charged for the insensitive handling of the situation, injuring many and resulting in the death toll of 19 people?

These are some serious allegations; whether they are true or not, I would not to comment on them. But the fact that there are allegations of high-handedness and brutality is bad in itself.

Somebody raising the finger at me and my character is bad indeed.

Raising the finger at the UP police, which is the largest police force in the world with a lot of goodwill among the people, but the very fact that fingers are being raised is bad enough, and I feel sorry. This should not have happened.

Under what sections could the police be charged for their 'malicious' and 'vindictive' assaults?

Departmental action, dereliction of duty... there are so many Acts under which action can be taken against them. Using Article 311 of the Constitution, they can be summarily dismissed also.

Second punishment as per the police regulation is they could also be given 14 days of sentence.

Wouldn't institutional action against policemen, if any were to be taken by the UP government, affect the morale of the police force?

The morale (of the police force) is impacted when you take wrong action against the wrong person.

Use of just action against misdemeanours at the right time point of time enhances the morale of those (police officers) who are law abiding and who are duty bound to do what is legitimate and what is legally right.

Can the protesters who are caught on CCTV be made to pay for damages without the matter heading to the courts?
Can the police seal individuals's property for taking part in a protest or indulging in arson and rioting?

This is the first time that this strategy is being used. And by the orders of the Supreme Court in 2007 taken up by the Allahabad high court on the recovery of charges and costs of damages in a disturbance like this, I think it can be done.

But my understanding says this must be done by a claims commissioner, of the rank of a retired district or retired high court judge, not the police officer.

The police officer can only record an assessment and this has to be documented; cops are not authorised to make such an assessment, but it is done by an authorised assessor.

That responsibility rests with an authorised assessor to decide the extent and cost of damage.

Once this is assessed, the loss can be apportioned to the people involved and responsibility fixed. But again, the punishment and the quantum and the hearing would have to be quasi-judicial by a retired district or high court judge.

It is not for the executive machinery to assess, fine and recover.

You can't be the executor, prosecutor and the judge because this is against the norms of natural justice. 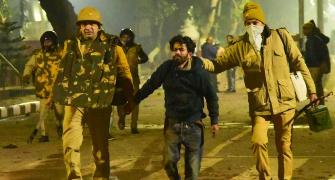 No internet in 21 UP districts, security beefed up 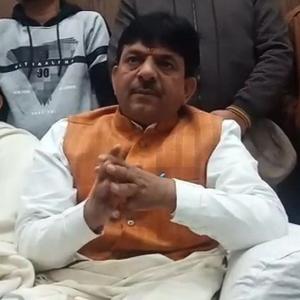