News
Business
Movies
Sports
Cricket
Get Ahead
Money Tips
Shopping
Sign in  |  Create a Rediffmail account
Rediff.com  » News » 'The Kasturirangan Report is a disaster for the Western Ghats'

'The Kasturirangan Report is a disaster for the Western Ghats'

'If the Kasturirangan Committee report is implemented, the mining and quarrying lobbies will flourish... It will be disastrous for the environment.'

'There will be water shortage, there will be pollution. Finally, farmers will have to quit the area.' 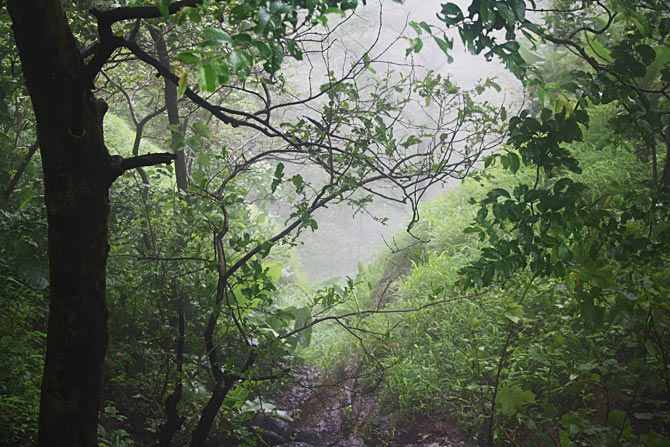 It is against this background that Rediff.com's Shobha Warrier spoke to Dr V S Vijayan, a member of the Gadgil Committee.

Dr Vijayan, chairman of the Salim Ali Foundation, was a student of the late Salim Ali, the legendary ornithologist and naturalist, and has worked extensively on birds, forests and wetland ecosystems, and conservation issues in India, both at the field and policy levels.

Dr Vijayan, a former chairman of the Kerala Biodiversity Board, began his career as a scientist at the Kerala Forest Research Institute, and played a key role in the Silent Valley movement.

Later, he spent 10 years at the Bombay Natural History Society where he led a multi-disciplinary team to study the complex wetland ecosystem of the Bharatpur National Park.

He also founded and served as director of the Salim Ali Centre for Ornithology and Natural History, Anaikatty, Coimbatore for 14 years.

You were a member of the Gadgil Committee that prepared a very elaborate report on the Western Ghats. Why do you think the government rejected the report?

Mainly because the Gadgil Committee report specifies that the present system of governance of the environment should be changed.

What is needed is a bottom-up approach rather than the top to bottom approach which we have been following from the British days.

Many of the decisions taken in Delhi or Chennai or Thiruvananthapuram are done without knowing the ground realities which are different.

That is why most of the projects are failures.

What we said in the Gadgil Committee report was let us have discussions with the Gram Sabhas first and find out what they need, and then make decisions based on that.

We can help with scientific inputs in taking decisions as they may not be knowing many things.

We have a beautiful system that says power and all development plans should be decentralised.

In our report, we just stuck to that and have not introduced anything new.

This unfortunately is inconvenient to the bureaucrats as well as the system in general because they do not want to lose power.

The criticism is that the Gagdil Committee report was more environment-friendly and not in tune with the ground realities...

That is absolutely wrong.

What we are saying is this is a report for the people and not for environmentalists and the environment.

If people have to remain in this world, we need nature and its resources. So it is for our own survival that we have to protect the forests, but forests or nature do not require human beings.

Unfortunately, people say we are only speaking for the environment. No, we speak for the people.

Do you feel it is a disaster that the Gadgil Committee report was rejected for another report where the power is vested with the bureaucrats and forest officials?

There is absolutely no doubt about it -- that it is a disaster. I do not know why such a decision was taken!

I know one thing: The Gadgil Committee report adversely affects the various mafia.

When the Gadgil Committee report was first made public, there were a lot of protests against it from the sand mining and quarrying lobbies in Goa. Do you think these lobbies were behind pushing the report under the carpet?

I am forced to think like that because there was no other reason for the Government of India or the ministry of environment and forests to keep the report for eight months with them.

After we gave the report, some people asked for a copy, but they said it could not be given. When an RTI petition was filed, it was not given. Then they went to the Delhi high court and only when the court passed an order, did they release the report.

The court said all the reports hereafter should be put on Web sites. It is a fantastic decision.

Why the government was not prepared to make the report public is a question that needs an answer.

What we wanted was put the report on the Web site for a month so that people can read and respond which we wanted to incorporate in the report and then submit (it).

But we were not given that one month's time. They said they would do that. Unfortunately, they did not do.

If you go to the Kasturirangan report, on page 10, there is a pie chart which shows very clearly who is behind this.

Around 1,700 letters have come on the Gadgil Committee report out of which 81 percent was against it and out of that, 53 percent was from the mining lobby.

So, there is concrete evidence to show who was behind it!

When the issue of Bt Brinjal came, there were a lot of public meetings where farmers and people could air their views. Do you feel such consultations should have happened in the case of the Gadgil Committee report?

There is no doubt about that. (Then environment minister) Jairam Ramesh took the initiative and decided on consultations with the people. They had consultations at eight places where people were invited to come and express their views.

This happened for the first time in the history of independent India. A totally democratic process was followed in the issue of Bt Brinjal.

Then, he asked for scientific inputs. What he did was fantastic.

That kind of process should have happened in this case also. We were not talking about a smaller area; it is the entire Western Ghats.

The Gadgil Committee has looked at the Western Ghats as a huge water tank supplying water to six states. Because there are many leakages, there is water shortage.

All the rivers are running dry now. And wherever there is water, it is highly polluted.

With all this in mind, we had divided the Western Ghats into sectors and given specific recommendations to each sector.

About all the recommendations, we had said that they were scientific inputs for the people to discuss and take it forward. That is where democracy comes.

Had Jairam Ramesh continued as environment minister, do you feel he would have handled this issue differently?

The system that is presently followed is not the same. I would say what he followed was the best!

When I spoke to the Bishop of Thamarassery, he said they wanted the Gadgil Committee report to be implemented. Why this sudden change of heart in Kerala?

First, these people burnt the Gadgil Committee report and the effigy of (the well-known environmentalist, Madhav) Gadgil.

The problem is that most people have not read it. I will not blame them. It is in English and how many people from the area can read it from the Web site?

So, the mining lobby took advantage of this aspect and misled the people. They convinced the people against the report in their favour.

The lobby told the people that the report was against farmers and they would have to leave the area, etc etc. People got really worried.

The bishop was saying the people of the area would get evicted indirectly...

Yes, the farmers would get evicted if the Kasturirangan Committee report is implemented. Under this report, the mining and quarrying lobbies will flourish.

When these lobbies and tourism flourish, it will be disastrous for the environment.

Finally, farmers will have to quit the area. They will not be able to do farming there.

On the other hand, if the Gadgil Committee report is implemented, it will indirectly uproot the mining and quarrying lobby.

You have been speaking across Kerala. What do you tell the people?

I must have spoken at 77 places. I wanted to remove the misunderstandings people have of the Gadgil Committee report.

Some vested interests have created misunderstandings in the minds of the farmers and they are used as a smoke screen by the lobby. I want to expose that and tell people that the report is farmer friendly.

How do you differentiate between the Gadgil report and the Kasturirangan report?

One is for sustainable development, it focuses mainly on the farmers and downtrodden.

The other one is for suicidal development. And this is the difference between the Gadgil report and the Kasturirangan report.

If you read the Gadgil report, you will not be able to say one word against it. I am not saying this because I am a part of it.

People who were part of the Gadgil Committee were scientists working in the fields of environment and science for decades. Working in environment makes a lot of difference at the way we look at things.

Will it be a disaster for the Western Ghats if the Kasturirangan Committee report is implemented?

It will be a disaster for the people living in the Western Ghats and also in the plains. That is because water will not be there if the forests are not there.

My main concern is water; everything else is secondary.

Image: A glimpse of the Western Ghats. Photograph: ReubenNV/Rediff.com 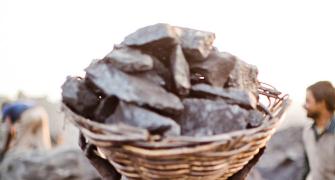 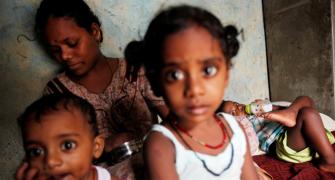 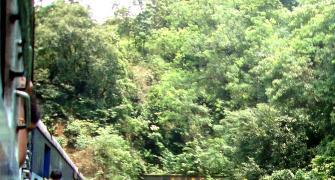 IMAGES: Chugging through the wild beauty of the Western Ghats 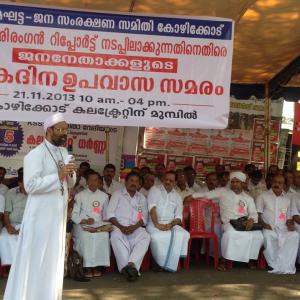 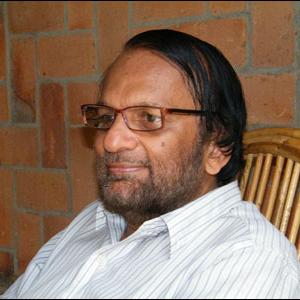