'The scope of social networking as a form of journalism is limited. Yes, you can tweet a photo or write about, say, a policemen beating a protestor somewhere. But a real news story is complicated and analytical and it needs to be worked on.'

'Journalism is not that simple,' Jonathan Franzen, arguably the greatest American novelist of his generation, tells Rediff.com's Sanchari Bhattacharya in a fascinating interview. 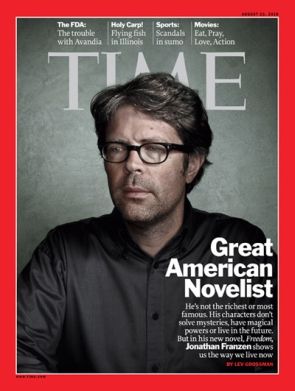 He is known as the 'Greatest American Novelist' of this generation and is the only author to have featured on the cover of Time magazine in a decade.

Neither is Franzen too kicked about accolades nor is he too bothered about the brickbats.

In a chat with Rediff.com's Sanchari Bhattacharya during an interaction with a select group of journalists on the sidelines of the Jaipur Literature Festival, the creator of critically acclaimed bestsellers like The Corrections and Freedom clarifies that he does not hate the Internet and, contrary to popular perception, is not an angry man.

In one of your interviews, you called the Internet 'a bloodsucking squib'...

I never called the Internet a bloodsucking squib! I was talking about Silicon Valley firms and how they are killing the profession of journalism.

I think e-mail is one of the greatest inventions of all times. I would love it if I never had to talk on the phone with anyone. I would only write e-mails.

If I want to track the movement of migratory birds (Franzen is an avid bird watcher), if I want to find out who won the Oscar in 1929, the Internet is wonderful for such things.

Three cheers for the Internet!

But the Internet is destroying the profession of journalism. Journalists are still working; they are just not getting paid for it.

Say a journalist breaks a story that he has been working on for three months. The web site he is working for will put up the story, but provide it free of cost for its readers.

Everything on the Internet seems to be free except for the platform. Even the content is supposed to be free.

The scope of social networking as a form of journalism is limited. Yes, you can tweet a photo or write about, say, a policemen beating a protestor somewhere. But a real news story is complicated and analytical and it needs to be worked on.

Journalism is not that simple.

You are not the greatest fan of Twitter either...

This is something I wanted to talk about. There is this concept that Twitter is egalitarian. It is not.

Everyone out there doesn't have five million followers. There aren't enough 'followees' for that. Everyone can't follow everyone, there isn't enough time!

Celebrities think that because they are popular, they are also being populists. In fact, they are being anti-populists.

Twitter works just like the rest of the world. Some people have a lot and others contribute to them having a lot.

What about authors who market themselves relentlessly on social media?

Well, if they do so, that's a personality type I don't want to be associated with!

The experience of social networking is so drastically different from the process of writing and reading a book.

It (social networking) is not like when a reader reads something and has an experience because of the book.

It is different than an author tweeting about the problems he is having with his cab company or giving a 140-character description of his take on something the White House said.

That's like (points to himself) look at me, look at me! I mean who the fxxx cares about that?

In your first novel The Twenty Seventh City, you had characters who were from India. Why is that?

I really don't know. I think I included Indian characters because I come from an extremely uninteresting place and I found the idea of India extremely interesting. And India was so far away for me.

My introduction to India was through the works of V S Naipaul and Ved Mehta and, of course, through Satyajit Ray's films.

You famously got into trouble with talk show host Oprah Winfrey in 2001 after making some uncharitable remarks about being included in her book club. Do you think you have become more media savvy in the last 13 years? Have you learnt what not to say?

I have actually had media training after that!

Contrary to what people say, I have become a lot less angry. Then I used to think TV is the enemy.

Now, because of social media, I have become friendly to TV. I have discovered that I actually like TV interviews.

TV is great. I love it. It can't misquote you.

So yes, I have changed. Not sure Oprah has!

You can buy Jonathan Franzen's books at the Rediff Bookstore! 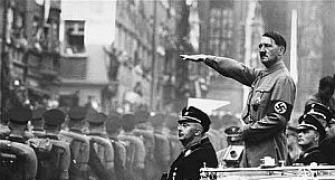 'Indians should remember what Hitler did' 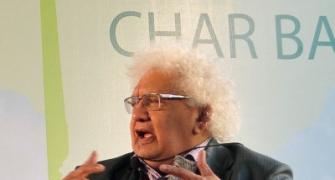 'The AAP is the new game in town' 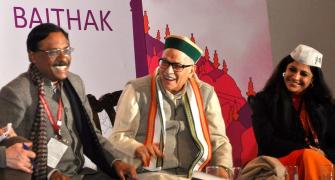 No controversy, only democracy: JLF ends with a bang! 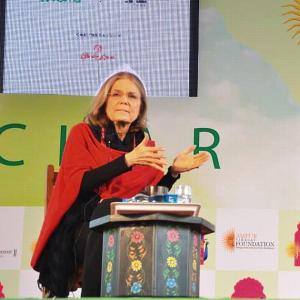 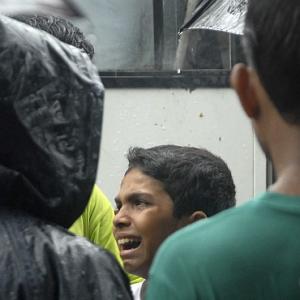