When Rani Hong was 7, she was taken from her family and sold into slavery.
At an age when she should have been enjoying her childhood, she was subjected to treatment that left her close to death. When Rani Hong was just seven years old she was taken from her family and sold into slavery.

At an age when she should have been enjoying her childhood, she was subjected to treatment that left her close to death.

Today, she is no longer just a survivor. She has devoted her life to fighting slavery.

Along with her husband, she runs the Tronie Foundation to educate the public about human trafficking and to support survivors in 20 countries through mentorship and healing programmes.

She serves as a special advisor to the United Nations Global Initiative to Fight Human Trafficking initiative and has conceived the World Day against Trafficking in Persons on July 30.

In a conversation with M I Khan in Patna, Rani Hong speaks about her childhood as a slave and why she wants to end human trafficking in the world.

You were a victim of child trafficking. Today, you are based in America and working to create awareness about this evil around the world.

I was a victim of child trafficking. Today, I speak for those who don't have a voice.

I speak for the millions of children who are victims of trafficking around the world.

It has become my motto and aim to prevent modern day slavery.

I try to reach out to survivors around the world, empower them to become leaders and raise awareness among policymakers to enact new laws about human trafficking in different countries.

At the age of 7, a woman known to my family took advantage of our economical background and took me from my house in southern India, saying she would take care of me.

She later sold me to a recruiter, who put me to work -- without proper food and a place to sleep.

Soon, I became weak and was unable to earn him any money. He then sold me into illegal adoption.

Fortunately for me, an American woman adopted me.

It was a turning point for me -- I got a humble adoptive mother whose help shaped me in who I have become today.

How serious is human trafficking in our country?

India has a massive problem of human trafficking because of its size; there are many victims in India. But people forget that there is human life behind those numbers.

We know human trafficking is a $150 billion dollar industry in the world, according to the International Labour Organisation.

There are about 46 million victims of human trafficking across the world; 80 per cent of them are women and children.

20,000
Women & children were victims of trafficking in India in 2016
46 mn
Victims of human trafficking across the world

What should India do to end human trafficking?

As India is my country and my birthplace, I returned to help our nation become leaders in the fight against human trafficking.

I want to work with the government to come up with a national campaign in coming months.

Awareness on a large scale is a must, which should be followed by tough laws and its implementation on the ground without ifs and buts.

Child labour is a reality in India.

It is a big challenge to ensure that factories and industries become free of all child labour.

All the victims of child labour are our people, they are Indian. We have to take this factor into consideration to fight child trafficking. 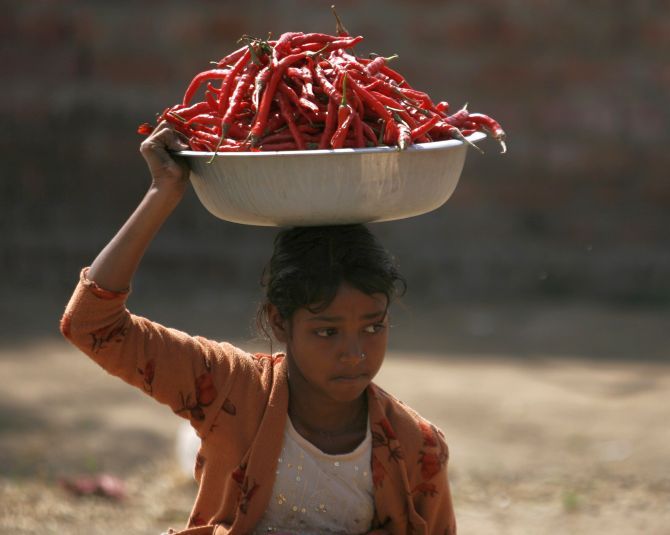 IMAGE: According to government data, there has been a 25 per cent rise in trafficking in India.
The government agrees that the actual numbers could be much higher.
Photograph: Amit Dave/Reuters

Do you believe your concept of the 'Freedom Seal' could help India in its fight against trafficking?

In 2013, I went before the United Nations General Assembly to introduce a private and public partnership.

I want companies around the world to join me in the fight against human trafficking.

I created something called the Freedom Seal, similar to a fair trade or cruelty-free cosmetics seal.

This label helps consumers and investors identify companies, products and services that adhere to a strict set of guidelines designed to ensure humane treatment for all employees.

'We need government support, media support and civil society support as well as the support of the survivors.'
'Only all of us together can bring about global change.'

The Freedom Seal has become a symbol, a global symbol, to give freedom to children around the world.

I have come to India hoping that the government will help us launch the Freedom Seal in the country.

I am happy to return to my country after six years. I am on a visit to Bihar after I got a special invitation by the Human Liberty Network to interact with state government officials, civil society and people working against human trafficking.

Bihar is one of the epicentres of trafficking. I wanted to see Bihar personally, so I am here.

India should recognise July 30 as the World Day against Trafficking in Persons.

When I spoke before the UN, I had asked for a day of support to fight human trafficking.

About 193 countries have supported to recognise July 30 as the World Day against Trafficking in Persons.

How important is it for India to join the July 30 initiative?

If India is ready, the world is ready to take action.

I think it is significant that India is joining the initiative.

If India joins me in the fight, we can tackle the rest of the world.

India has a large number of victims. If we can save them, imagine how many lives will be saved.

What about human trafficking in Bihar?

I am happy that the Bihar government has initiated a total liquor ban and plans to launch a massive campaign against child marriage.

With no liquor and no child marriage, I believe the situation will change.

I will be proud to help the Bihar government in the fight against child trafficking.

I think these two initiatives -- the alcohol ban and the campaign against child marriage -- can see a whole new way of preventing children from being exploited in Bihar. 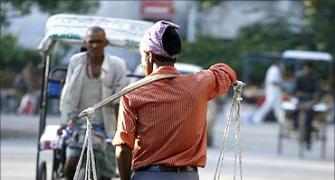