News
Business
Movies
Sports
Cricket
Get Ahead
Money Tips
Shopping
Sign in  |  Create a Rediffmail account
Rediff.com  » News » 'The BJP will be wiped out in 2019. 100 per cent'

'The BJP will be wiped out from all over India.' 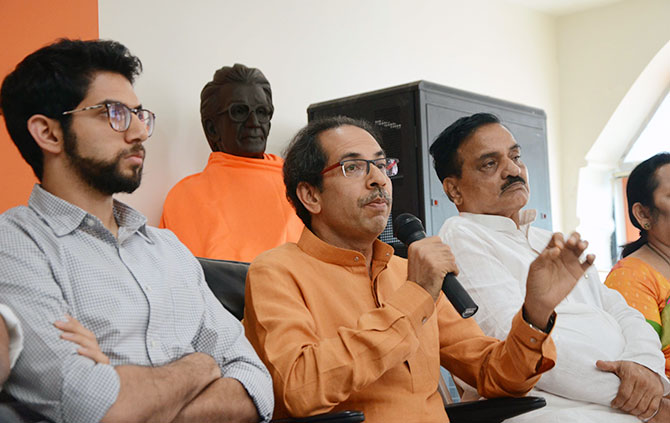 In Maharashtra's Palghar parliamentary seat, Bharatiya Janata Party and Shiv Sena candidates were pitted against each other, with the Sena nominee losing out to his party's ally on Thursday, May 31, 2018.

The Sena sees a positive in the defeat.

"We got 246,206 votes and the BJP got 272,780 votes in Palghar. The difference is marginal," Sena MP Sanjay Raut tells Rediff.com/Syed Firdaus Ashraf.

How do you see the Palghar defeat to the BJP?

The BJP won Palghar by around 26,574 votes. We have stated earlier too that there is a problem in counting and we have raised our objection with the Election Commission.

In the final few rounds of counting, there were some problems.

While campaigning for the Palghar polls, we saw the BJP distributing money; this is all on record.

The day the election was over, the district magistrate said there had been 46 per cent voting in Palghar.

After 12 hours, another figure arrived and the Election Commission said 82,000 more votes were polled.

How is that possible?

That is precisely what we are saying. We have raised an objection to that.

We knew the BJP will do some mischief from day one and therefore, we are going to file a petition now.

The margin by which your candidate lost to the BJP is slim.

Around 60,000 voters could not vote because of the EVMs; it was not functioning in many places.

How do you see the bypoll results affecting the elections in 2019?

We contested the Palghar Lok Sabha seat for the first time and got votes equal to that of the BJP.

And it was not the BJP that contested against us, but the government was (contesting) against us.

The alliance of the BJP and the Election Commission defeated the Shiv Sena.

What is going to be your position in the 2019 general election?

You see the results in Bhandara-Gondia -- the BJP lost. That is their stronghold.

That was a prestige seat for (Maharashtra Chief Minister) Devendra Fadnavis and (Union Minister) Nitin Gadkari and they still lost.

(Uttar Pradesh Chief Minister) Yogi Adityanath came to Palghar to campaign against us because there were North Indian voters in Palghar. The same Yogi lost in Kairana.

The BJP will be wiped out from all over India.

The Palghar election is good news for us. We could gain 250,000 votes though we contested (the Lok Sabha seat) for the first time. It is a very positive sign for the Shiv Sena.

What about the Hindutva vote? Both the Shiv Sena and the BJP received more than 500,000 votes. In that situation do you think it makes sense to fight against each other?

There is nothing called sensible. We will contest elections independently. There are no emotions; we are practical.

Let him say that. The BJP must learn to live without the Shiv Sena.

Do you think the Modi wave affected the Sena in Palghar?

There was no Modi wave in Palghar, Kairana or even in Bhandara-Gondiya.

So the Sena and BJP won't have an alliance for the Parliament and Maharashtra assembly elections in the future?

100 per cent, we will not contest jointly.

Is that not a loss for the Shiv Sena?

The BJP will lose more by not aligning with the Shiv Sena. The Shiv Sena will not lose anything.

Will you demand a re-poll in Palghar as your candidate lost by a thin margin?

We are demanding a re-poll. We want this petition to go to the high court and Supreme Court.

That only time will tell. Right now, we have our own strength.

The Congress has been pushed to the fifth spot in Palghar.

It means the fight is between the BJP and Shiv Sena. Even a local party (the Bahujan Vikas Aghadi) from the Palghar area won 200,000 votes. 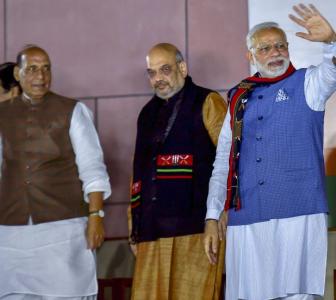 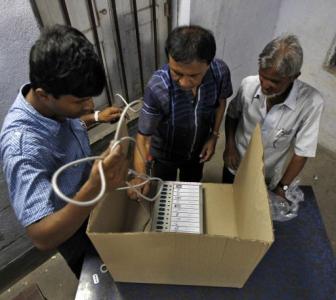 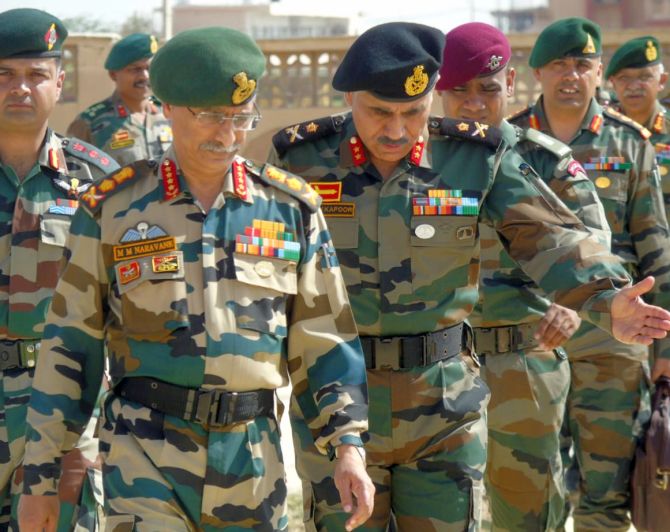