'But Russia is well aware of Pakistan's nuisance power on its border.' "Russia has become a strategic ally of China, even while it has many contradictions with policies and has questions about China's rise," Jawaharal Nehru University Professor Kamal A Mitra Chenoy tells Aditi Phadnis.

What does Vladimir Putin's election mean for Russia?

Putin has much legitimacy and support amongst the vast mass of people, who believe that:

Independent surveys show the Putin's domestic popularity remain high. Of course many are cynical, and there is also dissent and dissatisfaction.

But Russian political culture, overall, still accepts these new versions of autocratic rule as the need for a 'strong' hand.

Putin's re-election will mean a continuation of Putin's policy, a stronger role for Russia internationally, and stability within Russia, though measures of controlling dissent and civil society space will also continue.

Russia has a 'super presidency'. The Russian constitution itself is designed in a way, where a president over rides other institutions.

The role of the presidential office does not reflect a 'balance of powers' that liberal and parliamentary democracies require.

Putin, in the last decade, put in new laws to control fissiparous tendencies that had crept into the Russian republics.

Governors, directly accountable to Putin, regulate the zones under which the Russian republics (states of the Russian federation) lie. This, however, also means that Russia is only quasi-federal.

State power is fairly tightly controlled by the centre.

While multi-party system for the state Duma and councils exist, Putin's United Russia make it a one party dominated system.

Opposition parties like the Communist party and others play a role, but parties and civil society need support to become more vibrant.

The Russian press and media, controlled by oligarchs, has been sufficiently tamed and the State media remains a powerful government tool.

Thus, while independent voices remain in academia and civil society, dissent in not encouraged, beyond State parameters.

Russia remains a State with paradoxes, but Putin has emerged as the leader with the legitimacy to reconcile contradictions.

What about his foreign policy, Russia's relations with Pakistan, for instance, and with East Asia?

Russian foreign policy and national interest is interestingly inclusive of all earlier Russian regimes, where they see a continuity in Russian interest as a bridge between the East (North) and West (South).

They are committed to multilateralism and Putin has shown an urge to reclaim major power status for Russia.

He is doing this by playing a role as a negotiator in regional politics that includes especially Central Asia and West Asia.

Russia's military and diplomatic role in Syria shows that Putin cannot be ignored in any critical settlement in West Asia.

Russia has systematically re-built ties with all Central Asian States.

The Russian position on Ukraine and their re-taking of Crimea was popular in Russia and sanctions against Russia have strengthened Putin domestically.

Russia has become a strategic ally of China, even while it has many contradictions with policies and has questions about China's rise.

Russia is building ties systematically with ASEAN countries, Japan and others.

On China's Belt and Roadway Initiative, Russia can have a leveraging role, as China would like to use Russian lines to go to Europe.

At the same time, Russia has acceded to Indian pressure and sensitivities of not being part of the CPEC (China Pakistan Economic Corridor) part as it goes through areas sensitive for India.

Russia's new and developing relations with Pakistan is because of Russian high stakes in a stable Afghanistan and Central Asia.

They will not risk improving relations with Pakistan at the cost of India. But they are well aware of Pakistan's nuisance power on their border.

Russia-India relations remain at a stable high and with special as well as specialised relations, as evident from statements of leadership of both countries.

Russia is a special strategic partner to India, and India can use Russia in dealing with many tricky issues. India's military and energy tie-up with Russia are strong and mutually beneficial.

What will Putin's continuance in power mean for economic and business relations between Russia and India?

It is here that both governments, business associations, banking institutions need to come together to remove bottlenecks that are preventing business from growing.

Indian business needs confidence building in the Russian market, find niche areas, and the 'ease of business' methodologies. There has to be a collective will and push for this.

Once this is opened, Indian-Russian relations that are among the best India has with any other State, are bound to increase to new heights. 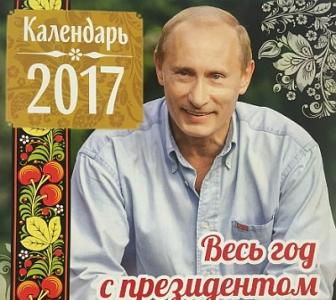 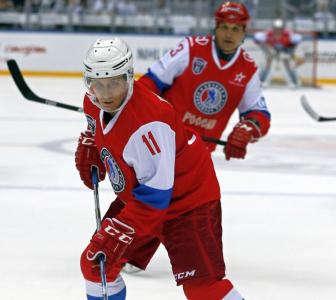 PHOTOS: Putin's adventures on the ice! 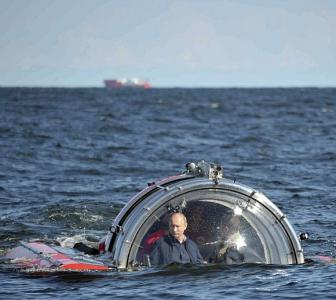 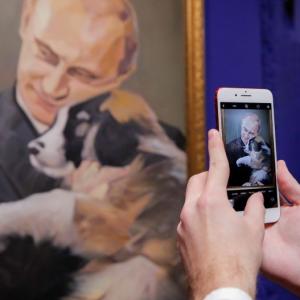