Philip M Prasad was a dreaded Naxalite in the late 'sixties who led the attack on the Pulpally police camp in northern Kerala and killed a few policemen.

But today, Prasad has devoted himself to Sai Baba and non-violence. The former Naxalite knows what made him choose the path of violence as a 21-year-old and what made him shun it after a few years.

He has just moved from his house in a small town near Thiruvananthapuram where he grew vegetables, to the outskirts of the Kerala capital. The move was to shift his youngest son to a new school, as the one where he studied earlier indulged in corporal punishment.

It was a trip down memory lane to the late 'sixties and the early 'seventies when rediff.com's Shobha Warrier him at his newly-rented house.

Do you still remember your meeting with Charu Majumdar in Kolkata?

How can I forget it? Of course, I still remember the meeting as if it had happened only yesterday. It was 1968 and I was a 21-year-old then. The first meeting took place in a flat in Kolkata. There were 30-35 people from all over India there. From Kerala, only two of us, Kunnikkal Narayanan (social activist K Ajitha's father) and me were there.

From Tamil Nadu, the late Appu and Jagannathan, who is a Gandhian now, attended. There were three-four people from Andhra Pradesh. From Bihar, the entire state committee of the Communist Party of India-Marxist had defected and had come, led by Satynarayan Sinha.

I think Kanu Sanyal was present behind the curtains during the entire meeting though I cannot prove it.

What was the first impression you had of Majumdar?

Extreme hero worship! Though suffering from asthma, he was such a charismatic and powerful person, so truthful. He was on the verge of collapse with doctors by his side with oxygen cylinders.

He spoke to us about the necessity of starting guerrilla groups and the need to have military conflict rather than a political conflict. He wanted us to start an arms struggle without delay. That was his message.

Basically, it was influenced by the cultural revolution of China. Mao Zedong had come out with a poster urging the youth to barge into the party headquarters. The Vietnam struggle was going on. There was an armed struggle in Indonesia and Burma. All over the world, including in Latin America, there was a Maoist upsurge.

What attracted you as a young man to Maoism?

I was a Communist. Marxism teaches you not to be democratic. At that time I even called it bourgeois democracy! We were very sincere to what we preached and we read only Lenin, Mao Zedong, and Marx. Everything we read pinpointed to an arms' struggle against the existing establishment.

According to Mao Zedong, to rebel is justified. Even now, when I am miles and miles away from the politics of Mao Zedong, I love him philosophically because history cannot move forward without rebelling and without foolishness. Every revolution was foolishness and history was taken forward by foolish revolutions.

How charged up were you after meeting Majumdar?

Extremely! After coming back, I was like a Hanuman to his Ram, ready to do anything for him.

Did you start the CPI-Marxist-Leninist in Kerala after coming back from Kolkata?

It was founded by the All India Coordination Committee of Communist Revolutionaries. I was also a part of it. It was the precursor to CPI-ML.

The next coordination committee decided to found the CPI-ML. So, I was one of the founders of the precursor to the CPI-ML and perhaps the only living member now. All the others either committed suicide or were tortured to death.

Was attacking the police station (at Pulpally) the first decision taken by you all after coming back?

Actually groups determine everything. The decision to attack the police stations was taken by Kunnikal Narayanan who had an egoistic clash with Majumdar, and I was only Kunnikal's chela (accomplice) at that time.

Majumdar wanted us to attack unarmed landlords and zamindars, but Kunnikal wanted to attack only armed police stations. He was very hasty and impetuous in his decision to attack police stations. The psychological motivation was to show that he had an edge over Majumdar. That is how I view it now.

You didn't question the decision then?

I did and I was isolated. During the entire operation, an armed guard was posted near me.

For Majumdar, aiming the gun at a non-armed person is against the ethics of guerilla war. At that time, I did not think in those terms. Today, I agree with Kunnikkal in what he did. To enter a home, call the zamindar and kill him in front of his wife and children is the worst thing you can do, much worse than an encounter. I don't think Majumdar was correct or Kunnikal was wrong.

Do you remember the Pulpally police station attack?

I remember everything. The attacks were planned on Thalassery and Pulpally police stations. The first was slated for November 21, 1968, and the second, November 23.

November 23 happens to be the birthday of my spiritual master Satya Sai Baba!

The action on the 21st failed miserably.

I was in the forest with five others preparing for the Pulpally attack then. We had 400 groups from Kanyakumari to Kasargod with each group having 10-15 people. But we were all frustrated with the first failure. I wanted to postpone the attack for a few more days as the first one failed. But nobody listened to me.

So, against my objections, we marched to Pulpally and attacked the police camp. There were no arms there as sensing an attack, the government had taken the arms to Mananthavady.

Did you also kill the policemen?

At that time, you didn't feel bad killing people?

I was extremely happy then that it was done. It was an adrenalin rush. Also, ideologically, we were all charged. We believed that what we believed in was right and the whole world would be aflame with revolution. When the whole world is going to change and become heavenly, what is there in a little bit of violence, an interlude of violence? That was how we saw it.

That was the philosophy of Marxism and Maoism. You are tagging your philosophy to an utopian tomorrow and 'now' doesn't matter to you then. We pinned our hopes on a great tomorrow.

Yes, even today, they released Sukma collector Alex Paul Menon, the Odisha MLAs and Italians (Paulo Bosusco and Claudio Colangelo), but kill the security guards. That is because this is an armed struggle against armed people.

Are they also not poor people who are just working for their livelihood?

Yes, he may be a father, son, brother and husband, but he is armed.

It is only an emotional argument. Does the Indian Army man say, oh that Pakistani Army man is a poor man working for his family, and spare him?

It is like this, the armed Naxalites are attacking another army, which is the armed police.

Do you feel today's young Maoists are also driven by the same ideology and philosophy which you felt more than four decades ago?

There is no difference between us and them. Like us, these young men also believe that they are going to usher in a new tomorrow.

My question to them is, are you going to commit the same foolishness which we did in the past?

Nothing has changed from the day we fought for a revolution and today. The issues are the same, and they are also committing the same foolishness.

Do you feel today's Maoists are also misguided?

I don't use the word 'misguided' because they are the product of the very fabric of our society. Society has been ill-treating tribals for the last 60 years. What the Maoists are doing and what the government is doing is inevitable. Nobody has any right to blame the youngsters because society as a whole is rotten.

If Naxalism is an illness of society, let the doctors treat society.

If you were to address these young Maoists, what would you tell them?

I need not and will not address them. I know how to tackle the problem. The only solution is devotion to God. Even if they capture power, they will not succeed because it is human-centric. Any human-centred ideology will crumble.

The only social revolution can be through Gandhian economics.

This revelation came to you when you were in jail?

My mother had taught me prayers when I was young. It was there as a seed and it sprouted up in my tears. The sprouting up was through repentance.

When did you feel repentant?

In 1973. I was in and out of jail several times in a span of 10 years. I was in prison for seven years and three years outside. During this period, China changed. Among us, there was group rivalry and we were fighting against each other. Even inside the jail, we fought against each other.

Meanwhile, no change took place in society. Everything remained the same.

I read a lot while in prison. I read all of Dostoevsky's books. I also started introspection. That was because the revolution had failed.

Most of the Naxalites and Maoists of your time turned spiritual

Yes, most of us. That is the beauty of it. Very few are still Naxalites ideologically, today.

Today's Maoists also will have this revelation after a few years.

Today, do you feel what you did then was wrong?

Definitely. I repent it. I will never justify my actions. If I did so, it would have social implications. 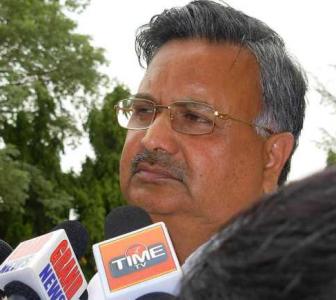 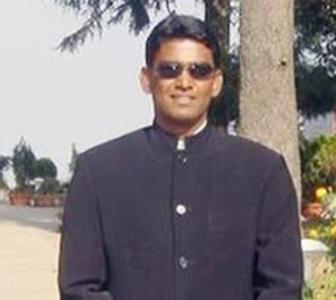 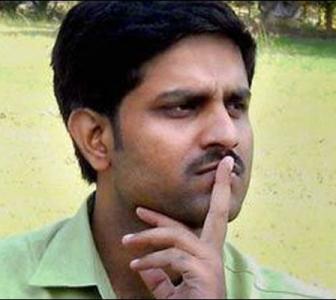 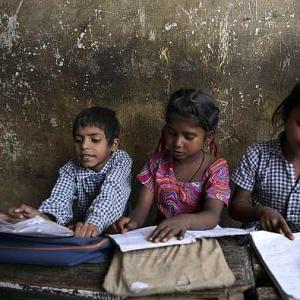 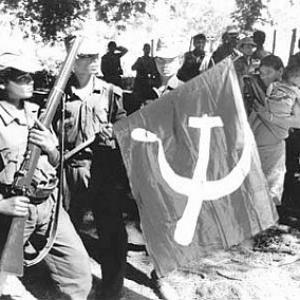 India is hunting for these Naxal leaders