'Naveen Patnaik doesn't have the authority to expel me'

October 30, 2012 11:50 IST
In 2002, Naveen Patnaik recommended cancellation of a coal block allotted to a south-based company and allotment of the same block to the Jindals, that too for the setting up of a sponge iron plant. What was the urgency and consideration for this,' asks Pyarimohan Mohapatra

Once considered the 'Chanakya' of Odisha politics, Rajya Sabha member Pyarimohan Mohapatra was suspended from the Biju Janata Dal in May, for an alleged coup attempt to dislodge Chief Minister Naveen Patnaik. He has now launched a forum -- Odisha Jan Manch. He talks to Dillip Satapathy about his fallout with Patnaik and his future plans

You were a close confidant of Chief Minister Naveen Patnaik and advised him on all major political and administrative issues for the past 12 years. Some would say you were instrumental in bringing him to power for the past three consecutive terms. What went wrong?

The seeds of differences were sown in January 2010 when, at a meeting of the newly formed state committee of the BJD, I pointed out how common people were feeling burdened, since the incidence of corruption had gone up by 20 to 25 per cent at grass-roots level. I urged Patnaik to fulfill the promises made in the BJD manifesto and mobilise party workers so that people don't bear the brunt of corruption.

The situation had come to such a pass, since the political governance had been subverted by bureaucratic dominance. I pleaded for the supremacy of political governance, according to the mandate of the Constitution. This did not go down well with many party members, including a group of conspirators who started instigating Patnaik against me. They also convinced him that I was growing powerful because I had helped the party win an overwhelming majority in the 2009 polls (103 seats in 147-member assembly). This made the chief minister feel more insecure.

Corruption cannot increase overnight. Why didn't you make an effort to curb it when you were actively involved in all party matters?

I was never a mere spectator to corrupt practices; I had on many occasions pointed out that corruption is on the rise. When it reached the height, I spoke about it publicly. I had suggested making the state Special Court Bill more effective by bringing a few changes to it. But the new Bill has been delayed by the cabinet for five years. We can fight corruption, especially at the top level, using the Special Court Act and bring culprits to the book.

What happened on May 29? Did you actually plan a coup to dislodge Patnaik when he was away on a foreign tour? Why had some members of the legislative assembly assembled at your residence on that day?

Many MLAs were upset that their requests are not being honoured by bureaucrats and grievances not heard by ministers and the chief minister. I had called these MLAs in groups, at different time slots, on the afternoon of May 29 to hear their grievances. I wanted to compile their complaints and put them before the chief minister. But a caucus within the party with ill intentions gave it the colour of a coup attempt against Patnaik, and informed him so when he was abroad. I never nurtured the ambition of becoming chief minister. I had selected candidates in 90 per cent of seats in the 2009 polls. Of them, 51 new faces were elected. If I had wanted to dethrone Patnaik and become chief minister, I could have done it earlier; I would not have waited till the fag end of his third-term to capture power through illegitimate means.

Who are these ill-intentioned people in the party?

I do not want to name them.

I answered this question on June 4, when it was reported in the media that a Rs 200-crore deal was made to dethrone Patnaik and that the conspiracy was hatched in Radhika Hotel in Rourkela. The chief minister had ordered an investigation into the matter. Nothing has come out of it.

I was not interfering with any file in the government. This is a myth created by the media. The media had also levelled charges that I was involved in the Rs 5,000-crore mining scam. I had volunteered to be probed by the Central Bureau of Investigation. I had asked for a CBI inquiry against me, not against Patnaik. But no action has been taken in these four months. The vigilance was enquiring into mining scam. But its report has been suppressed as the investigations were faulty.

It is said you were handling the party funds and collected money from the businessmen who signed MoUs with the government to set up industries in the state. And, so, you may use that money now to destabilise the government

This is not correct. The party finances were handled by the party president, his treasurer and another signatory. Besides, no one took money for signing MoUs. Since 2003, I had made it a point to see that nobody is asked to contribute to the party funds, since it will lead to quid pro quo. If someone wanted to contribute something during election it may be accepted. But if it is not election time, the money used to be returned to the contributor. This is the only party to follow such transparency in maintaining its party funds.

So, you think Patnaik is a clean person

I had said Patnaik was not personally involved in any scam. But after the recent exposure on Coalgate, I am forced to rethink on this. In 2002, he recommended cancellation of a coal block allotted to a south-based company and allotment of the same block to the Jindals, that too for the setting up of a sponge iron plant. What was the urgency and consideration for this? People say I was doing everything in the government, I never knew about it till it was exposed in the media.

Your new forum, Odisha Jan Morcha, claims to be a platform within the party to strengthen and reform the party. Is it a precursor to launching a new party?

I have not thought about launching a new party. My intention is to reform the party, strengthen it and secure its future. The party is not secure now in the hands of Patnaik. It is not run democratically. The party constitution is being flouted openly. As the future of the party is linked to the future of the state and quality of governance, Odisha's future is also adversely affected. Many workers, not happy with the present state of affairs, are in touch with me. We organed a rally in Bhubaneswar on October 28 to give voice to these workers. But the government put its entire machinery to foil the rally. My phones are being tapped, workers are threatened and vehicle owners are told not to carry people for the rally.

You have been suspended from the party. There are also demands from a section of the party to expel you. How do you see this?

Patnaik does not have the authority to expel me. My suspension was also illegal. Patnaik has ceased to be the BJD president since July 2010. According to the revised constitution of the party, the president has to call the meeting of the party executive every six months. But he has not called the meeting of party council or executive in the last two years and nine months.

You have said you are still in the BJD and Patnaik is not your leader. Who, then, is your leader?

Biju Patnaik continues to be my leader.

How do you foresee the BJD's future?

People say it is Patnaik's image that is instrumental in getting votes for the BJD. This image was built by us. Remember, image can get you five to 10 per cent votes, but it is the hard work of party men at the grass roots that has consistently given us success in elections. If these workers continue to be ignored, there will be no reform in the functioning of the party and its future will be doomed. 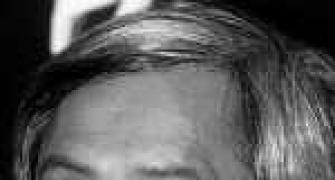 BJD MP: Cracks in party, but no plans to topple Patnaik