News
Business
Movies
Sports
Cricket
Get Ahead
Money Tips
Shopping
Sign in  |  Create a Rediffmail account
Rediff.com  » News » Mulayam: How does this alliance help my party?

'In an alliance, you are forced to overlook loyal workers.'
'It sends a negative message and workers turn against the party.'
'I have forbidden this alliance.' 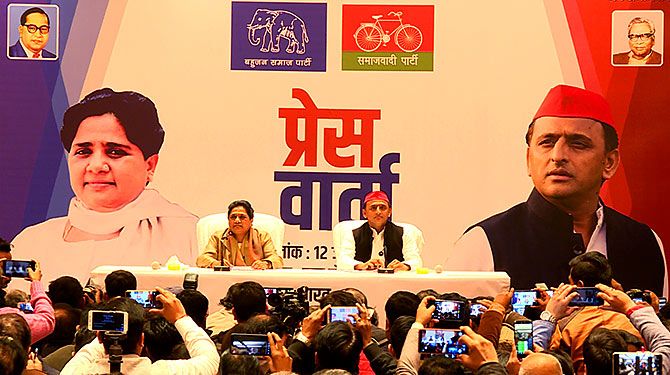 If we talk about the general election, the people are turning against the BJP (Bharatiya Janata Party). It is clear that the promises made by the present government have not been fulfilled.

The farmers and the youth of the country are disappointed. The BJP promised to give Rs 15 lakh in bank accounts when it comes to power. It had promised to work for the farmers and provide jobs to the unemployed. But these promises were hollow.

It is not right to insult the public by being untruthful. One thing is certain: That the BJP will not be able to perform like it did in the 2014 elections and will fall short.

In my view, those who work hard in the Opposition will get more seats.

Don't you think there will be many problems in the alliance between the Bahujan Samaj Party and the Samajwadi Party regarding the seats for which talks are going on?

No alliance is happening right now (Editor's note: A seat sharing agreement was announced days after Yadav made this assertion). We are hoping that the SP's performance will be better in the 2019 election than the last elections.

The last Lok Sabha election represented the worst performance of our party and we managed to win only 5 seats that were my family's strangleholds.

But this time, workers of our party are quite active. I was in Lucknow for a week and I met workers on a daily basis.

There is enthusiasm among them and there is fervour in favour of the Opposition in the public too. Now we have to see what happens next.

Without an alliance, don't you think the road ahead for the SP would be thorny?

What's the problem? Everyone knows whose vote share Mayawati's party will damage.

What are the benefits of this alliance for my party?

The workers who have worked for the party for many years... their tickets would have to be compromised.

Those who have played a key role in establishing our party, their tickets will be cut.

These people have worked hard for the party. I have forbidden this alliance.

We will not weaken the party. I have said: If a coalition is so important, then the allocation of seats should be discussed in advance because the real fight starts from then on.

It is important to decide earlier from where one will fight; this should be the first priority because these decisions cannot be taken later. Workers work for the party, whether it is the SP or BSP.

In an alliance, you are forced to overlook loyal workers. It sends a negative message and workers turn against the party. It is important to think about these situations in totality -- and in advance.

It is said the Congress was ready to stay out of the SP-BSP coalition to defeat the BJP; What are your views?

The Congress in Uttar Pradesh is very weak. It is even worse in Bihar.

After the elections in Madhya Pradesh, the Congress was given support by the SP because we wanted to avoid sending the message that we allowed the BJP to form the government. The move had its impact in Uttar Pradesh and Bihar too. 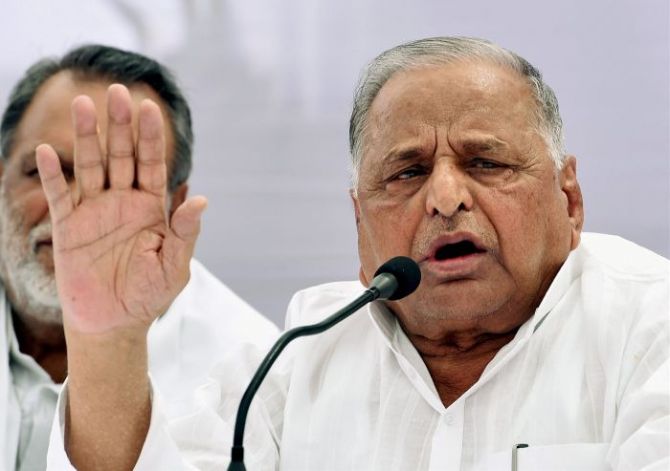 First, the Socialists disintegrated. Now the party you had established and built up drawing inspiration from Dr Ram Manohar Lohia is breaking up. How will the party gain control over the situation?

If you talk about family, then something or other is always happening in families -- in every family. But my family will do what I say.

It is good that young leaders who are coming up in our party give good speeches. They also raise the right questions.

Earlier, I used to think that our party is getting old, but now it seems we are getting younger day by the day.

I have assured the youth in my party that they must have the responsibility to run this party.

You are seen in the company of both Shivpal Yadav and Akhilesh Yadav and this gives rise to confusion among people about whom you really are with.

As far as Akhilesh and Shivpal are concerned, there are no serious differences between them.

Before the election, I will try to eliminate these differences and a united party will fight the election.

Ramgopal Yadav, who is the Mahamantri of the SP, is making efforts to remove differences between the SP and Shivpal's party before the general election and fight together against the BJP.

Once, when you were about to become the prime minister of India, RJD leader Lalu Prasad became a major hurdle in the process. Now Lalu is your relative and this time again, there will be a search for suitable face for the national coalition. Would you be a potential candidate for this post?

Things have changed now. Those circumstances were different. That's not the case now. Let the elections be over. Why speculate before?

After the election, names will come up for a new prime minister, depending on the situation at the time.

At the national level, an anti-BJP alliance is in progress. Andhra Pradesh Chief Minister N Chandrababu Naidu is also in support of this alliance and DMK President M K Stalin also made a statement that Congress President Rahul Gandhi could be the face of the mahagathbandhan. What do you have to say about the national alliance?

Let those who are aligning nationally, align. Let them do and think about what they have to do in this coalition.

Our party is not currently in the mood to enter an alliance with anyone. I have spoken to Chandrababu Naidu who told me that the conversation is still in the initial stages. The rest will depend on whether the coalition will be there or not.

The coalition of the DMK and Congress is older. These parties have been supporting each other from the era of the UPA (United Progressive Alliance). Stalin's statement was in tune with the old relations between the DMK and the Congress.

How strong is the National Democratic Alliance if an Opposition alliance is struck?

The NDA alliance is not particularly strong. It is true that our party has no serious dispute with the NDA coalition. But we also have to accept that the Congress is still present in the country, whether weak or strong. There are breaches in the NDA -- in Uttar Pradesh too.

In such a situation, the BJP is more concerned about putting out the fires in its home.

After losing in three states -- Chhattisgarh, Madhya Pradesh and Rajasthan -- there has been panic and disillusionment in the BJP.

The Shiv Sena is also announcing that it will contest the elections on its own. (Rashtriya Lok Samta Party chief) Upendra Kushwaha joined the UPA. He was a minister in the present government.

What is your assessment of the Congress after forming government in three states?

The Congress is not getting stronger. In a situation of polarisation, the party in Opposition needs to be strong, but it does not seem to be so on the ground.

The Congress is facing the accusation of dynasty rule. Similar allegations are being made against the other parties in the Opposition, what do you have to say on this?

The truth is that the people are not opposed to family. If we talk about the last general election, a lot of effort was made to defeat us in UP. But if someone is winning, how can winners be defeated?

If a member of a political family decides to fight elections on the basis of her/his abilities and receives public support, then why should there be any resentment?

Do you think 2019 could bring forth a hung Parliament?

Looking at the current situation, it seems like that. New affiliation and equations can take shape only after the election.

From where will you contest the election?

I will contest from Mainpuri. 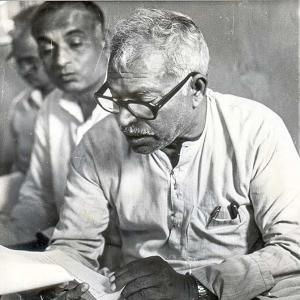 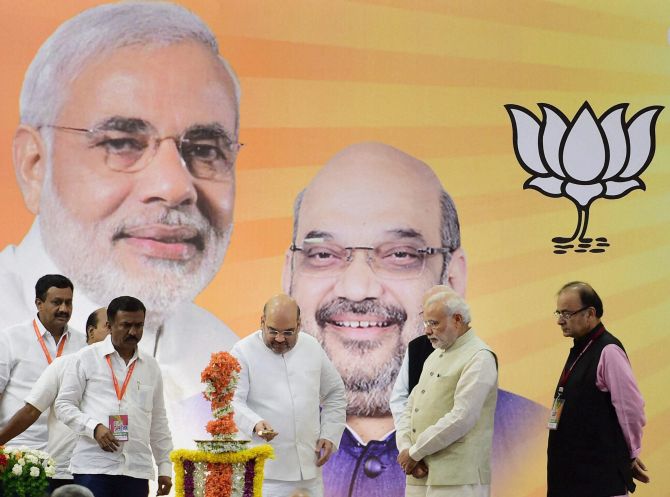