News
Business
Movies
Sports
Cricket
Get Ahead
Money Tips
Shopping
Sign in  |  Create a Rediffmail account
Rediff.com  » News » 'Modi is India's PM, and not that of the ABVP' 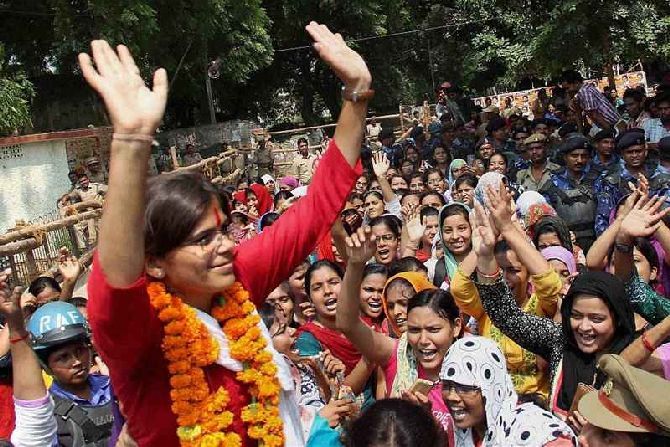 'The ABVP is openly doing goondagardi in universities across India.'

'You tell me without support, can the ABVP do these things? They are only doing these things because the central government is supporting them.'

The politics over the death of a student on a Hyderabad campus is now spreading to Allahabad, it appears.

When Richa Singh, president of the Allahabad University Students Union, invited journalist Siddharth Varadarajan -- the editor of The Wire Web site -- for a seminar she was shocked as the Bharatiya Janata Party's student wing, the Akhil Bharatiya Vidyarthi Parishad, opposed it.

The ABVP did not allow Varadarajan to speak at the seminar, 'Democracy, media and freedom of expression' because in their shocking opinion the former editor of The Hindu newspaper was anti-national and a Naxalite.

Richa Singh spoke to Syed Firdaus Ashraf/Rediff.com about the episode.

Why was the seminar with Mr Varadarajan cancelled?

The ABVP opposed the talk on our campus. They said they would not allow Mr Varadarajan to enter. We have four union office-bearers who are from the ABVP. I am the only one who is not.

They called Mr Varadarajan anti-national and a Naxalite. They pressurised the vice-chancellor, and therefore the programme was cancelled. We decided to do the programme at the students' union hall where we do not need any permission.

However when we reached there, the ABVP guys got a religious leader and conducted a pravachan (so our programme got cancelled again).

What was the reason that you wanted Mr Varadarajan to visit Allahabad University?

He is a well-known journalist. We wanted to know more about freedom of speech. If we want to clear our thoughts by inviting a senior media personality, what is wrong in it?

Do you feel the ABVP is doing goondagardi at universities?

The ABVP is openly doing goondagardi in universities across India.

At present I am sitting outside the vice-chancellor's office with Mr Varadarajan and the ABVP guys have surrounded the office and are behaving badly.

Do you feel there is any connection between what happened to Rohith Vemula at Hyderabad and this incident at Allahabad University?

Of course, both are connected. The university administration in Hyderabad intervened because of politics and Rohith committed suicide. In the same way, central universities across India are facing the same pressures.

Do you feel local BJP MPs support the ABVP cause at universities and the central government is involved in this?

You tell me without support, can the ABVP do these things? They are only doing these things because the central government is supporting them. They are doing this because they know that no action will be taken.

Allahabad is in Uttar Pradesh and law and order is a state subject. So why are you blaming the BJP for this?

Did you feel threatened by the ABVP?

They openly threatened me in front of the vice-chancellor. They told me they would not allow me to enter the university. They didn't like me (a woman) being elected president of the Allahabad University Students Union as this happened for the first time in 128 years.

They say that earlier you opposed BJP MP Yogi Adityanath's entry into the university.

You tell me, how can they call Yogi Adityanath for the inauguration of the students union? For Adityanath they needed my okay, which I didn't give, but the other four ABVP members bypassed my authority.

Adityanath is a controversial man. He speaks against women and Muslims. As president I have to take care of the sentiments of every student and therefore I opposed his entry.

This programme with Mr Varadarajan was academic. The ABVP guys call religious leaders regularly to the university, but we never object, though that too is dangerous.

The ABVP knows Mr Varadarajan has anti-Narendra Modi views. Is that why they opposed his presence at thre seminar?

I have heard Mr Varadarajan say anti-Congress things too. Just to say he is anti-Modi is a very biased thing. In our country, people have the freedom of speech.

They did not allow us to conduct a programme with Mr Varadarajan, but religious leader Shantanu Maharaj's programme was conducted instead.

If we have political differences, then it does not mean we need to resort to violence? Can't we have a peaceful debate?

Maybe they are angry because you opposed Yogi Adityanath's presence...

How can you say that? Adityanath's programme was different and this is different. They have no connection with each other.

If you check the details of Yogi Adityanath's programme, then you will find out that the entire Allahabad University was festooned with saffron flags during the event.

Do you have any political leanings?

No. I am an independent candidate. I am neither left nor right. I have no political connection and therefore I am facing problems. I have been elected to solve students' problems and I am trying to do that.

Do you feel the ABVP's bullying will spread all over India?

In Hyderabad they started and now they have targeted Allahabad University. They are creating circumstances that students are forced to commit suicide. I want to appeal to Modi that he should restrict such things.

Modi is India's prime minister, and not that of the ABVP. 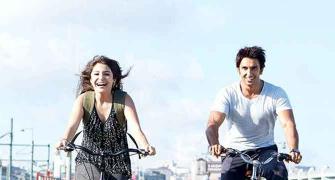 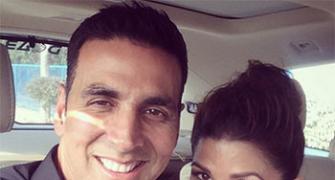 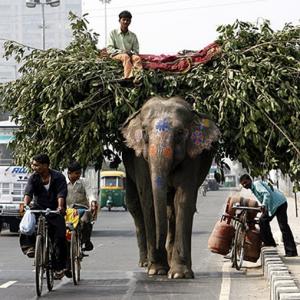