'The so-called economic reforms are for the rich.'

'The government should not facilitate and entertain this kind of lust for land by the capitalists.'

'If you have faith in Indian industry and Indian manufacturers, you can make use of their abilities in nation building.' 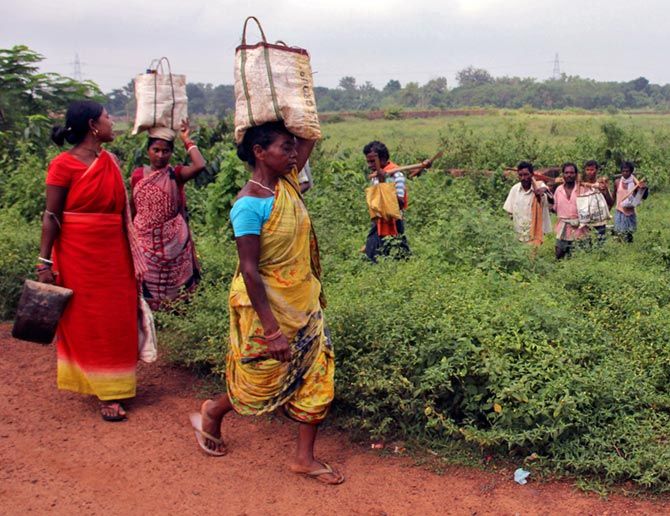 Image: Labourers walk to work through a field in a Special Economic Zone near Bhubaneswar, Odisha. Photograph: Reuters.

Dr Ashwani Mahajan, co-convenor of the Swadeshi Jaagran Manch and an associate professor at Delhi University, has recently spoken strongly against the ordinance on the Land Acquisition Act 2013, released by the Narendra Modi government.

Dr Mahajan explains to Shobha Warrier/Rediff.com why the Manch is opposed to the ordinance and highlights other Manch concerns about the government's economic policies.

Do you feel the ordinance amending the Land Acquisition Act 2013 is totally against poor farmers and reverses all that was pro-people in the 2013 Act?

The Swadeshi Jaagran Manch is against doing away with consensus, scrapping of the Social Impact Assessment, SIA, and food security measures.

We feel the government should not have done this.

It is a relief that at least the government has not touched the compensation, rehabilitation clause.

In what way, do you think this will affect farmers?

Social Impact Assessment is an international practice for any project.

When you acquire a piece of land, it has to be ascertained what kind of impact it will have on the society and communities. Worldwide, all projects are started only after SIA is done.

Without doing an assessment, how can a government ascertain that they have been given the right compensation and rehabilitation?

So, any project without SIA becomes a one sided affair. SIA also will help the government take right decisions.

The government has been saying time and again that the nation is passing through a very serious challenge of providing food grain to our population.

We have only fixed land for agriculture and it is continuously shrinking, but the population is increasing.

With the acquisition of more and more fertile land that has multi cropping, you have to think of the impact it will have on the amount of food you are going to produce.

That is why we say that the government has to seriously think of the food security of the population.

We are not against industrialisation. But the government should not facilitate and entertain this kind of lust for land by the capitalists. There should be some conditions to be followed.

Do you feel after the amendment, this ordinance will affect the agrarian economy of the nation in a frighteningly negative way?

The issue is about principle. It was after long deliberations that we could amend the 1894 Act which was a colonial Act and we could bring in many good things. There should be justice for all.

I was a part of the deliberations on the bill before it became a part of the Act. We and even the BJP (Bharatiya Janata Party) had suggested that all these clauses should be there. The BJP had made around 26 suggestions out of which four were included in the Bill.

One suggestion at that time was, if anyone acquired agricultural land to start an industry, and if he didn't do anything for 5 years, the land had to be given back to the farmer.

This clause has now been diluted by making the number of years to 10.

What we want from the government is, to add a clause so that land is acquired on ownership basis or lease from the farmer.

Except for a Tata or a few others, most of the industries vanish after 30, 40 years. What happens after that?

They make use of the land for other purposes like building residential complexes. But the benefit will never go to the farmer who was the original owner of the land, but to the capitalist who bought the land at a lower price from the farmer.

Even the Bharatiya Kisan Sangh wanted the industrialists to take agricultural land on lease.

Do you feel the ordinance is anti-farmer, anti-people and anti-agriculture?

We are yet to make an assessment on how much impact this will have on agriculture, people and farmers. So, it is a question of principle right now.

These amendments seem to be unnecessary when there is a good law in place.

The argument of the government is that it takes 4, 5 years to start an industry if anyone follows all the norms like food security measures and SIA. As there is an urgency to industrialise, they want to do away with them.

Do you agree with the argument?

No, we don't agree with the argument. We feel it is worth waiting as the norms are of great importance to the future of the country.

Do you feel the nation's natural wealth is being grabbed by the private sector?

Yes, there is a lot of land grabbing that is happening in this country. We would say industrialists have a lust for land.

There are so many Special Economic Zones in the country and more than 50,000 acres of land have been acquired by the government. How many acres are being used till now in the SEZs? 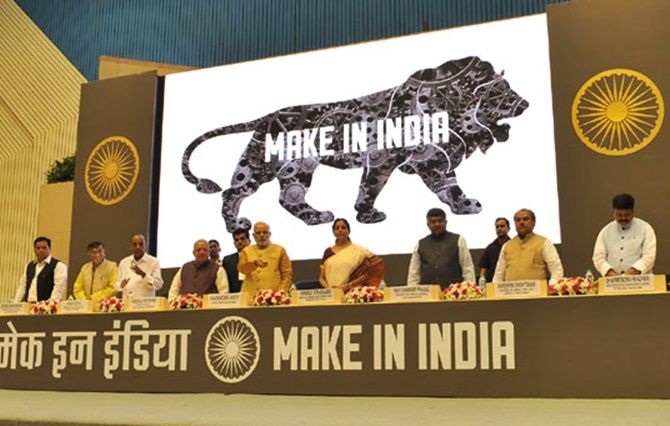 Do you call the reform that is happening in the country in the name of liberalisation, undemocratic?

Definitely, yes. Nobody in this country -- farmers, workers or students, social activists -- has campaigned for reforms. On the other hand, there are many campaigns and agitations against reforms.

The annual survey of industrial data of 1991 says the share of wages then was 78 per cent but today, it is 41 per cent. On the other hand the share of profits today is 56 per cent.

That shows the so-called economic reforms are for the rich.

Do you feel the Modi government is anti-poor and pro-corporates?

It is too early to say anything now. But if we talk specifically about these changes in the Land Acquisition Act, the changes are uncalled for and they will in no way help farmers.

Why do you think the government went ahead with the amendments when the BJP supported the Act in 2013 when the Manmohan Singh government tabled it?

Only they can answer the question!

Did the Swadeshi Jaagran Manch speak to the finance minister or anyone from the Modi government about this?

Yes, we did and we have made them aware of our opinion.

What was their reaction? Are they receptive?

Their argument is that the urgency of industrialisation is making them amend the Act. We understand the urgency, but doing away with such important issues is not understandable.

What will the Swadeshi Jaagran Manch do now?

We are still trying to make the government understand our point of view as this has not become a law yet.

We are pursuing the matter with them before it reaches Parliament.

Where will the kind of reforms taking place in the country in the name of development lead to?

We have said many times that the Make in India policy should be changed to Made by India Policy.

Make in India policy gives the impression that it is an invitation to foreign companies to come and make in India.

Made by India is an encouragement to Indian entrepreneurs.

If you have faith in Indian industry and Indian manufacturers, you can make use of their abilities in nation building. 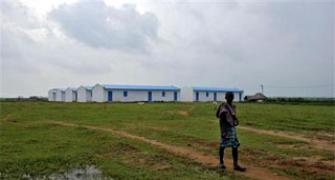 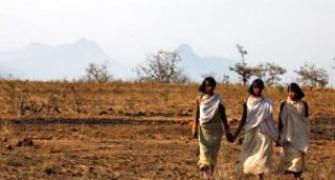