News
Business
Movies
Sports
Cricket
Get Ahead
Money Tips
Shopping
Sign in  |  Create a Rediffmail account
Rediff.com  » News » 'I feel that Rahul Gandhi has his heart in the right place'

"I feel that Rahul Gandhi has his heart in the right place..."

"Rahul came across as someone who wants to pitch the big picture..."

"I am happy that Rahul Gandhi took all the questions directly...."

"... if Rahul wanted a soft interview he would have gone to someone else..." 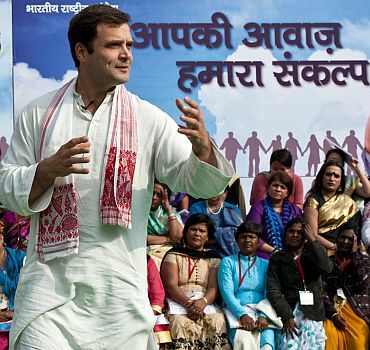 Times Now Editor-in-Chief Arnab Goswami’s interview with Congress vice president Rahul Gandhi, which was aired on Monday night, is being billed as one of the biggest political interviews of the year.

Rediff.com’s Vicky Nanjappa spoke to Goswami on his perception of Rahul Gandhi,who  gave his first major interview since entering politics, on his show Frankly Speaking.

What were your first impressions of Rahul Gandhi?

I feel that Rahul has his heart in the right place. He took all my questions. There were around 75 to 80 questions. While all the questions asked were not flattering of the government or the Congress party, I am happy that he took them directly. I have done my job of asking all the questions and now it is for the viewers to judge.

What sort of political message was Rahul trying to convey through this interview?

Does Rahul seem interested in becoming the country’s prime minister?

I asked him five questions regarding this. I also asked him about Narendra Modi. However, as I pointed out earlier, he has his heart in the right place and he wants to pitch the big picture.

How does Rahul Gandhi compare to Narendra Modi?

I interviewed Modi the last time in 2007. His stature has evolved since then. I will not be able to draw a comparison now. A comparison can be drawn if I interview Modi now and I am hopeful that would happen soon.

Why do you think Rahul decided to break his television silence for the first time since entering politics, with you?

I have been asked this question several times and people are surprised too about this. The hard statistics prove that Times Now is head and shoulders above any news channel in terms of viewership. There is no comparison on that front. That was the compelling reason for Rahul to choose us and he decided to break his silence for the first time with us.

Rahul deciding to speak to us first is an accepted decision and not a controversial one. It is the channels with the highest viewership which will have first access. For six years, we have worked hard to build the channel and I am sure this interview will extend our reach.

Also, on Tuesday, we will have an extended episode of the News Hour between 8 and 11 pm where top Congress and BJP leaders will debate the Rahul interview

As I pointed out, the channel with the highest viewership will have the first access and this is a trend that is followed in the United States and should be followed in India as well. I am sure if Rahul wanted a soft interview he would have gone to someone else.

Vote! What do you think of Rahul's first TV interview? 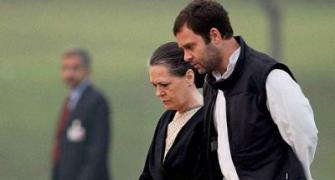 Why the Congress developed cold feet on Rahul 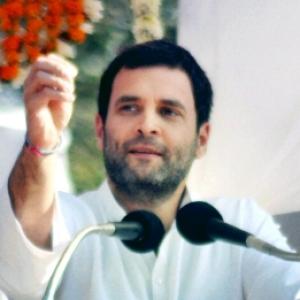 Grandma was the boss at home: Rahul Gandhi