'When you oppose a policy, you are labelled anti-government.'
'The problem is, the policymakers have never done any business in their lives.' "The problem is, there is no one to show a mirror to the policymakers. Let them address the issues of those who are going to be affected by the policies. They should understand that every coin has two sides," Confederation of All India Traders President B C Bhartiya tells Shobha Warrier/Rediff.com in the concluding part of a two-part interview.

CAIT has been supporting the BJP all the time. Traders are supposed to be the BJP's support base...

It is true. But we do not support blindly. We go by the policies we make. When we are not heard, we raise our voice.

On April 19, 2019, we had a huge meeting of all traders at the Talkatora stadium in Delhi and the prime minister sat with us and listened to what we had to say.

We are happy that he listened to what we had to say. Whatever assurances he gave us that day, he followed them up.

So, why do you still feel neglected?

Yes, they have announced some good policies, but the problem lies on the implementation side. Policy making is one thing, monitoring the policy and punishing those who do not follow it up, is another thing.

What we feel is the government is coming out with policies, but they do not discuss whether they are implemented or not.

CAIT called the new FSSAI rules by the central government not allowing small shopkeepers to be near schools, a barbaric one. Why?

I will tell you why. The new rule says, nobody should sell anything that has salt and sugar within 250 metres from a school. It means you can't sell even biscuits or chocolates. We can't sell anything edible as every edible item has either sugar or salt.

What will happen to those small traders who were selling these things to school students?

They should first see whether a policy announced by them is going to pinch the common man.

The argument is that food items with added sugar and salt are unhealthy.

The shops near schools mainly have stationery items. Then they also have those food items which students like to eat. This gives a supplementary income to these shopkeepers.

What we are saying is, if you want to clean the Ganga, start from Gangotri! If you go on cleaning only the small rivulets and leave Gangotri dirty, they will continue to get dirty.

Why do you stop small traders from selling certain items when you can't stop the production?

What do traders sell? They sell those things that consumers demand. In order to create consumer demand, you have advertisements. When they see ads, consumers start demanding those items.

Exactly. I will tell you one thing; no shop will be closed near the schools. Everything will continue as it is. All the products with salt and sugar will continue to be sold.

But what is going to come is, brashtachar (corruption) and inspector raj!

All these policies give rise to corruption and inspector raj. The inspector will come and ask the shopkeeper to close the shop.

The shopkeeper will say it is his livelihood. Then the inspector will ask for money to turn a blind eye.

When you oppose a policy, you are labelled anti-government.

The problem is, the policymakers have never done any business in their lives. Also, business people are not into the policymaking process.

CAIT also called the FSSAI an autocratic body. Do you feel there should have been a conversation before such policies are made? 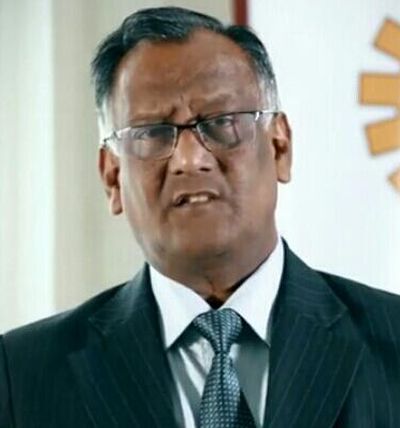 Yes. But even if they want a discussion, they call only the corporate body of the retailers association, some wholesalers, etc.

The problem is, there is no one to show a mirror to the policymakers. Let them address the issues of those who are going to be affected by the policies. They should understand that every coin has two sides.

Just because the health ministry sees some problems, you cannot kill trade. And there is no ministry for trade. We are with good policies. But policies cannot be made at the expense of trade.

Similarly, online shopping has increased during the pandemic. You have always had problems with the e-commerce companies. How much has it affected small traders?

You will see a major decline of physical shops after the pandemic. People may not like to go to shops, especially those that are crowded. We see that a lot of business has shifted to online and it cannot be stopped.

What these e-commerce firms are doing is, they attract customers by giving huge discounts. In the process, they are killing other players. What we want from them is fair play.

Why did you say it results in crony capitalism?

They kill others, capture the market and then sell to multinationals. How can a company have Rs 4,000 crores loss in a year and still function? How are they funded?

You mean they are selling goods at a huge loss?

Of course. It is to kill competition. Can you call this fair play? For example, a branded product which I cannot sell below Rs 100, they are selling at Rs 90. How is it possible?

When you talk about crony capitalism, do you include Reliance also? They have been acquiring company after company to expand its e-commerce base.

Yes. We started by opposing Big Bazaar and Reliance when they entered the retail market. We said their core business was not retail. But they spread throughout the country saying they are local, and Indians.

Finally, they will sell themselves to multinationals. Their business is to sell their business and make a profit.

See what Reliance is doing now. They have their own shops but they have purchased Big Bazaar and their valuation has gone up.

See, they are not going to do retail business in the end. What they are doing is greed to earn more.

What will be the future of small traders be?

Those who have spent their entire life in retail business cannot do any other work. What will the old man who has spent 40 or 50 years of his life, do if he closes his shop?

With the corporatisation of the economy, traditional employment providers will go out of business.

You will see that the new members of the families that once provided employment will be seeking employment. This will result in more employment seekers; hence, unemployment in the country.

You may not see the effects immediately, but we will see the impact of corporatisation in five or 10 years from now.

I can only say that the situation is worrying.