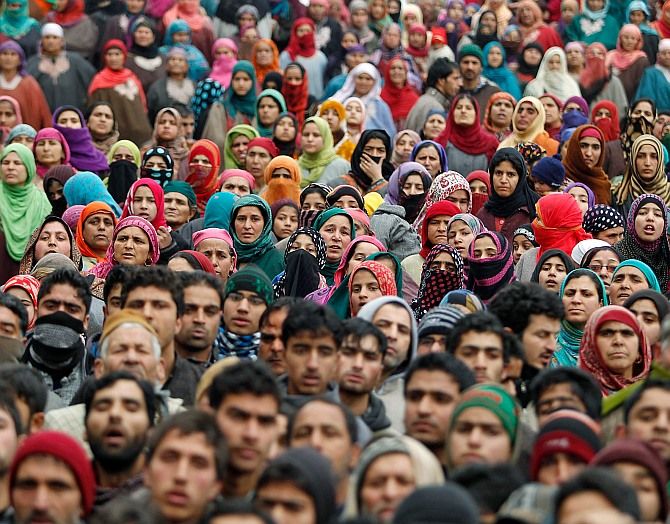 'The ISI doesn't trust the Kashmiris. They hate them...'

'We can never take Kashmir for granted... there is that element of unpredictability. Anything can happen anytime.'

A S Dulat, former chief of the Research and Analysis Wing, India's external intelligence agency, and advisor to then prime minister Atal Bihari Vajpayee on Kashmir, tells Sheela Bhatt/Rediff.com why he is perplexed by the Bharatiya Janata Party's Mission 44 plan for the Jammu and Kashmir assembly election.

Right now, what is Pakistan thinking? How has Narendra Modi's coming to power affected the psyche of Pakistan?

Now when people are rattled, then they react. Sometimes one is ki bhai aap kone mein jaake beth jaaiye. Upar razaai leke so jaaiye (you go to a corner and pull the blanket over you).

The other (reaction) is 'Alright, this is the design of the new Indian government and therefore we will have to think of the counter strategy. This is not what we were expecting.' The immediate reaction, both in Kashmir and Pakistan, is that of being rattled, being taken aback...

I won't say unawares, they were frightened of the man even before he became prime minister, but now they are more scared of what might happen.

What is your prediction for the assembly election in Jammu and Kashmir?

It is a very difficult prediction to make this time. Last time I told you Omar Abdullah would win. I wish I could say that again, but it doesn't look so easy. I was there during the Parliament elections in May and I must tell you some people said DrSahab (Farooq Abdullah) would lose. So this was on the cards.

Kashmiris were talking of change. Change is in the air. The National Conference is in decline. And if you asked me the question in May, without hesitation I would have said, Mufti Mohammad Sayeed would be the next chief minister. He may still be, but he may not be. Such is the situation.

Let us not forget -- I don't know the exact status of the relationship -- there was quite a lovey-dovey relationship between (Sayeed's) the People's Democratic Front and the BJP (Bharatiya Janata Party) during the Lok Sabha election. I mean everybody knows that both supported each other.

Now if that relationship still stands, then it is very straightforward, Muftisahab will be chief minister with the BJP's support. But since the BJP is talking of Formula 44, then anybody can be chief minister.

Do you foresee a Hindu chief minister for Jammu and Kashmir?

You mean to say a Muslim?

Naturally. A Kashmiri Muslim, he or she will be.

What is the actual security situation in Jammu and Kashmir?

I think we have been in control, not just today, for quite some years now. I don't think there is any big security issue in Jammu and Kashmir. If you look at the figures of violence they are always going down. There hasn't been a bad incident, even in the Valley, for a long time.

I don't know when the last Jammu incident was, except for those couple of raids on army camps, which happened, unfortunately. But other than that, the security scenario is okay.

But, having said that, we can never take Kashmir for granted. There is that element of unpredictability. Anything can happen anytime.

Pakistan has that capability of creating an incident, whenever it wants. Let me add one more thing. That, however we look at these elections, and whatever we plan here, we need to remember that Pakistan would have its own plans for the elections, they always do.

I don't know. I am not in the ISI (Pakistan's Inter Services Intelligence), I don't know (laughs). But they would have. The difference between, I think, the ISI and us is, that we work from issue to issue, time to time.

Like Mirwaz (Omar Farooq, the Hurriyat Conference leader) says 'You remember Kashmir only when you are in trouble.' The Pakistani doesn't understand Kashmir. I am telling you, the ISI doesn't care for Kashmir. They don't trust the Kashmiris. They hate them, but they never lose focus.

Wouldn't it be nice if someone says yeh Modiji ki Hurriyat hai? Taqleef hoti kisiko kya? (Will anyone have a problem if someone says it's Modi's Hurriyat?) And that is exactly what they are waiting for.

I met Hurriyat leaders in May. They didn't say in so many words, but I am interpreting that we would like to be Modi's Hurriyat. We've had enough of that (Pakistan) side.

The Hurriyat people. I don't want to quote anybody in particular, but that is the impression I came back with in May.

Under Modi's scheme of things, what is your observation? Will Kashmir be one of his priorities?

Now it is definitely his priority because of the elections. What I see happening, not only in Kashmir, but in the country, that wherever there is an election, in any state, it becomes a BJP priority.

You were advisor to Mr Vajpayee on J&K. What is your advice, if they ask you, for this government on this loose talk about Mission 44?

I would say that either this 44 is only for propaganda, you know that we want to show... but if it is a realistic target, I would reach out to the Hurriyat, they might help you to achieve 44.

Please understand the basic arithmetic of J&K. There are 37 seats in Jammu, four in Ladakh, and 46 in the Valley. That makes 87.

Now, let us say there is a clean sweep for the BJP in Jammu and a sweep in Ladakh. So that is 41 seats. Where will they get the remaining seats from? Without some support in the Valley, the BJP can't win power.

In the Valley, the BJP should talk to Abdullah or Muftisahab. Or you may opt for new faces like the so-called separatists. Why do you presume that they are not ready to support you?

Because of this talk about Mission 44 and other things don't you think polarisation is taking shape?

Of course. My feeling is that this is counter-productive. This whole hype of Mission 44 -- this is not something which you need to announce from the rooftops. I don't think it is going to achieve any purpose.

Surely, in Delhi, the policy makers must realise that in relation to Kashmir -- because I don't think anybody has thought through it, looked at Kashmir this way -- that you just get power, and if we have power, we can do things and then Kashmir is settled.

Because the Congress tried this many times and ultimately when there was this agreement with Sheikh Abdullah, the Congress itself gave up power. And the understanding was that the National Conference would rule in J&K and they would support the Congress in Delhi, whatever it was.

So, this solo trip that they (the BJP) are on, if it is a solo trip, I hope there is still an understanding with Muftisahab, which makes sense you know, then the Kashmiri will also be happy.

But if you are on a solo trip, then it should have been done more subtly, more discreetly. 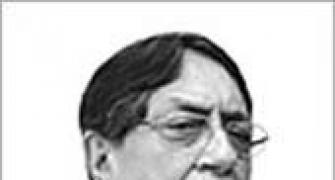 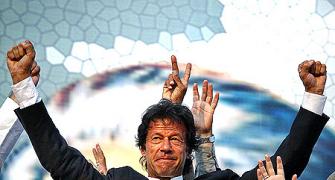 'The Pakistan army would be quite happy with Imran Khan' 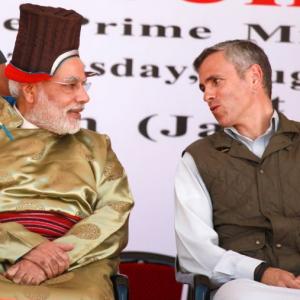 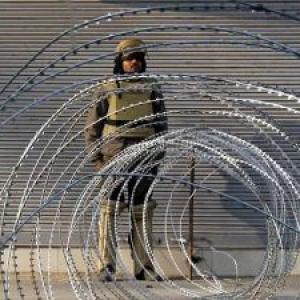