'Increased help from China to North East insurgents will create more trouble for us.' 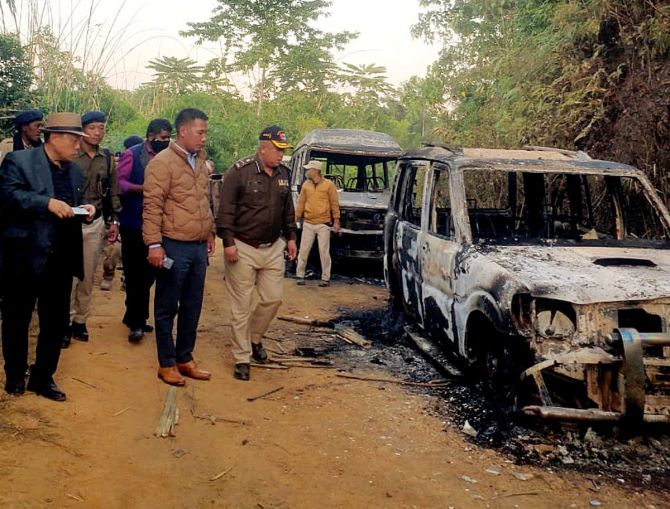 "The legal system of the army is strict. In case it finds any wrong on part of soldiers in the court of inquiry, let me assure you they will be punished. The army will not hide anything," says Lieutenant General D B Shekatkar, PVSM, AVSM, VSM (retd).

The general served nearly four decades in the Indian Army -- 22 years in the insurgency affected states of Nagaland, Manipur and Mizoram.

"The army will have to be withdrawn if AFSPA is removed from the state and that is what insurgents want," the general tells Rediff.com's Archana Masih.

I totally agree it was a case of mistaken identity and some of the troops opened fire during an ambush in the Mon district of Nagaland.

The ambush was laid after intelligence was received about the movement of insurgents. The approaching vehicle did not stop when it was directed to halt. Security forces also spotted a weapon in the vehicle.

The weapon caused the forces to believe they were insurgents, but later it transpired that that was their personal weapon.

Insurgents don't aim and shoot. They release a heavy volume of fire, hence security forces have to be prepared.

My respects to those who died, but in the night how can you distinguish who is right and who is wrong?

Mon district is situated on the India-Myanmar border, the area is insurgent infested

Insurgents find it easy to cross over to Myanmar where they can hide and plan their activities.

The area is controlled by multiple security agencies.

Villagers in retaliation attacked and burned the Assam Rifles camp. This cannot be allowed to happen.

The legal system of the army is strict

The army has instituted a Court of Inquiry. In case they find any wrong on part of soldiers, let me assure you that they will be punished. The army will not hide anything. The legal system of the army is strict. It has to ensure that such an incident does not happen again.

There is an urgent need to strengthen intelligence.

The army should use discretion to confirm the intelligence received from agents and informers.

There needs to be a greater role of the state government. I was first posted to Nagaland in 1964 as young captain -- 56 years have passed since and still we have not been able to resolve the problem.

State and central governments over the years have not been sincere and have left it to the army and Assam Rifles.

Insurgency can only be ended if you win the confidence of the people. It cannot be only done by the army or security forces. IMAGE: Placards and black flags posted at the venue of the Hornbill festival in Kisama, Nagaland, in solidarity with the civilians killed in the anti-insurgency operation, December 5, 2021. Photograph: PTI Photo

The perils of removing AFSPA

The same demand was made in Jammu and Kashmir even when Kashmir was burning.

Unless AFSPA is invoked and the state is notified as a disturbed area, the army cannot operate and to use AFSPA, the area has to be disturbed.

If AFSPA is removed the army also will have to be withdrawn from the state and that is what insurgents want.

Even in the state government there are politicians more sympathetic to insurgents.

Dealing with insurgency needs a comprehensive, and detailed approach.

Insurgency started from Nagaland and spread to Manipur and Mizoram

I fought insurgents and insurgency in all three states for 22 years in different stages of my career -- yet we haven't been able to control it.

Mizoram is a success story. Today it is seen as the most peaceful state. Today, Zoramthanga, the second in command to Laldenga (who led a secessionist battle from the Indian Union) is the chief minister.

We have to find ways and means and only then can insurgency can be reduced.

Chinese trying to reactivate and re-energise the North East

Insurgents from Manipur, remnants of the Naga insurgents and ULFA insurgents are still staying in Yunnan province of China which adjoins Myanmar.

In view of what is happening in Ladakh and Arunachal Pradesh, China would want to divert the attention of the Government of India and reactivate the North East.

China has helped these insurgents for the last 60 years. Increased help from China to North East insurgents is going to create more trouble for us.

The Opposition also should exercise control. This insurgency is against the Government of India and not against the party at the Centre.

We have to be careful, win the confidence of Nagas and see that there are no sympathetic actions in other states. 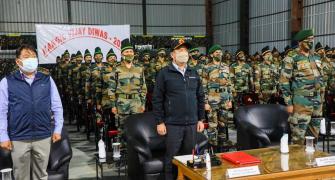 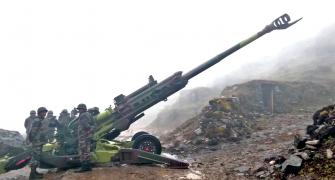 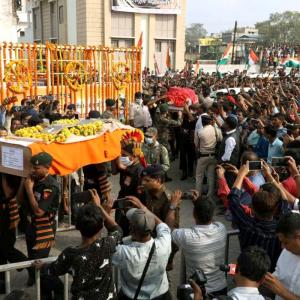 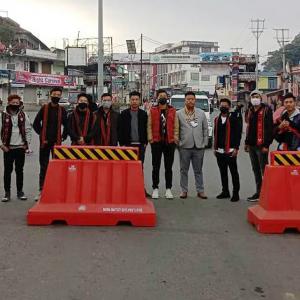