News
Business
Movies
Sports
Cricket
Get Ahead
Money Tips
Shopping
Sign in  |  Create a Rediffmail account
Rediff.com  » News » 'Does the UP chief minister even know what thermodynamics is?'

'Does the UP chief minister even know what thermodynamics is?'

'By calling names and using unparliamentary language, they are trying to divert people's attention from the issues of electricity, water, and income.' 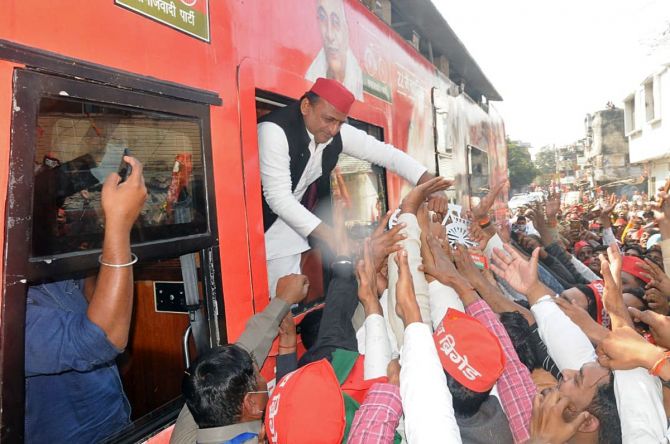 Amid the heat and dust of the election campaign, Akhilesh Yadav, president of the Samajwadi Party, takes time off to tell Nitin Kumar how he thinks the Yogi Adityanath government has failed, especially in providing employment and law and order, and what he will do if brought to power.

The Samajwadi Party did not do well in Western UP in the 2017 assembly elections. What has changed since and how confident are you of winning?

The people of UP have been waiting for the election date for the past five years. The people will vote to throw the BJP out of power.

Western UP is the sugarcane belt. Our government will create a farmer corpus to pay farmers in time. This corpus is our commitment so that farmers do not wait for their hard-earned money. Free electricity to farmers and 300 units of power are some of the schemes that will not only benefit Western UP, but the whole state.

The army recruitment process has been on hold for the past five years. The government should explain why. The double-engine (central and state) governments have colluded in not recruiting people to save money.

Western UP is known for its contribution to the armed forces. The districts of Muzaffarnagar, Meerut, Baghpat, Etah, Firozabad, Ghazipur, Azamgarh, Mau and Ballia have contributed a large number of soldiers.

The MLAs of the ruling party are not being allowed to enter villages. Who could have thought that 700 farmers would sacrifice their lives in the farmers's protests?

The BJP should explain why, if their agri laws were so good, the farmers were against them and why the laws were repealed. They should tell the farmers whether they are better off after the repeal or things were better for them before.

The BJP says it brought investment, law and order, and good governance to UP. If this is true, then why do you think the people will still vote for you?

The investment summits of the past five years are only on paper. There is no investment on the ground. For example, Agra could be a world tourist city, which will bring investment, employment, and development.

Under the Samajwadi Party's rule 3,000 rooms were added to Agra's tourism industry. An addition of 3,000 rooms from five-star to general rooms gave revenue worth crores to the state.

We started the Lucknow metro, completed the Agra-Lucknow Expressway, started work on the Purvanchal Expressway, and cleaned the Gomti river.

But today metro expansion is a non-starter, roads are in a dilapidated condition, and the Yamuna is black with pollution. The ruling party is not talking about real issues at all.

What are they are talking about?

They are talking about caste and religion. Why aren't they telling people how many jobs they gave in the past five years? Where is their 2017 manifesto? What happened to farmers' income?

Recently, the data from an RTI filed by an activist revealed that in the past five years the government has not created a thermal plant, and in the past two years not a single doctor has been appointed.

To the question how many jobs the state government provided in the past five years, the reply was that the department only conducted recruitment and did not keep a record of the jobs created. They can't tell the number because they have not recruited anyone.

The same RTI shows that during the Samajwadi Party's government 19 thermal plants were given to the people of UP.

By calling names and using unparliamentary language -- garmi nikal denge -- they are trying to divert people's attention from the issues of electricity, water, and income.

Does the UP chief minister even know what thermodynamics is? He should give electricity to the people so their freezers work and stop talking about issues he knows nothing about.

We are talking about bharti (recruitment), electricity, trade, and law and order.

But the ruling party alleges that law and order was the worst during the Samajwadi Party regime.

One should look at the National Crime Records Bureau data. Riots, Dalit atrocities, and crimes against women have almost doubled in the past five years in UP.

Today, UP is the worst-performing state in every report and survey.

Recently, there was an attack on Asaduddin Owaisi. Any comments on it?

The incident was unfortunate and shows how criminals are running amok in UP. Law and order is just a ploy of the BJP to deceive people. Consider the incidents at Hathras, Unnao, and Bulandshahr, where victims were denied justice.

You talked about cleaning rivers of pollution. It has been an issue for a very long time. If the Samajwadi Party comes to power, will the rivers be cleaned? If yes, then how?

Our target is to repeat our work in this direction like we did for the Gomti river. The Ganga Action Plan says that sewage shouldn't join the rivers.

We have shown that it can be done by stopping all the sewages from entering the Gomti. This model can be applied to other rivers too. Can Akhilesh Stop BJP In UP? 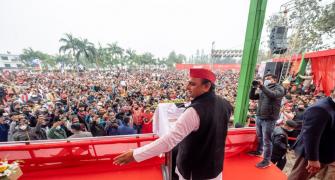 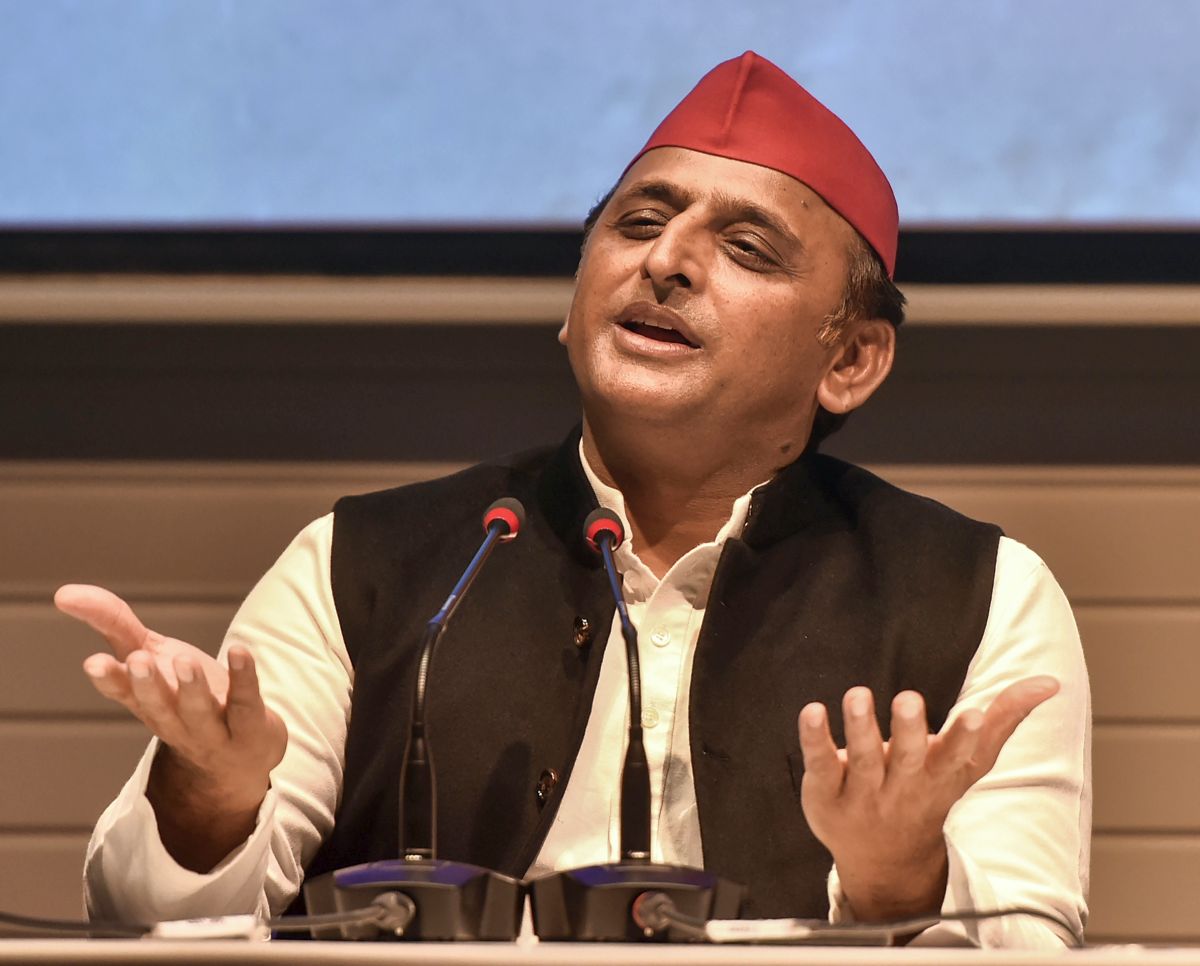 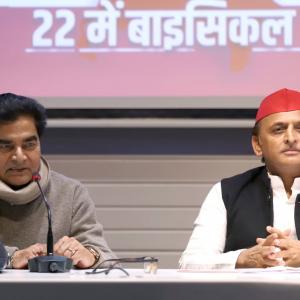 Meet the men behind Akhilesh's UP election charge