News
Business
Movies
Sports
Cricket
Get Ahead
Money Tips
Shopping
Sign in  |  Create a Rediffmail account
Rediff.com  » News » 'If Kashmiri Pandits have to come back, then it has to be done honestly'

'If Kashmiri Pandits have to come back, then it has to be done honestly'

'There is no point in just saying, 'hum wapas bhej denge (we will send Kashmiri Pandits back)'.' 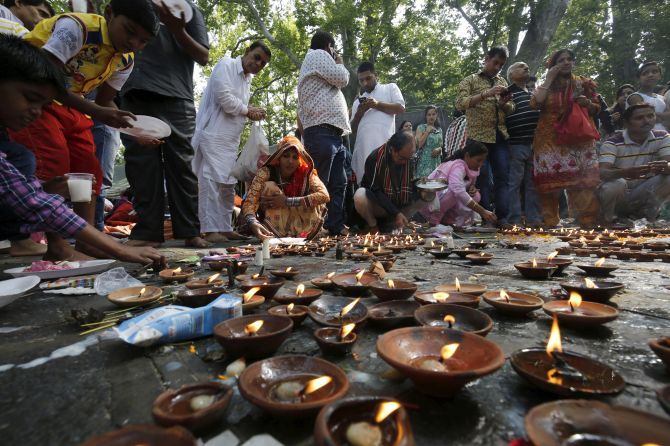 What really caused the Kashmiri Pandits to flee their homeland on January 19, 1990?

How true is the portrayal in The Kashmiri Files that depicts the Pandits's agony?

How did Kashmir almost slip out of India's grasp in the early 1990s?

Dulat, who served as then prime minister Atal Bihari Vajpayee's advisor on Kashmir after he retired from RA&W, tells Syed Firdaus Ashraf/Rediff.com in the concluding segment of a two-part interview, "I feel the best people to appeal to bring back the Kashmiri Pandits are the pro-separatist, Pakistan-backed, Hurriyat group."

What was Farooq Abdullah's role during that time?

He had no role as such, but it all (terrorism) started when he was the chief minister of Jammu and Kashmir.

It started in September 1989 when he was chief minister and his party (the National Conference) workers were also killed (by terrorists).

On January 19, 1990, when Jagmohan was made the governor, Farooq had resigned and therefore people blamed Jagmohan (for the exodus) and not Farooq.

Farooq was not chief minister when the exodus of the Kashmiri Pandits took place. And please try to understand that in those days everybody was a target.

Target? Can you explain what you mean by that?

Like when Rubaiya Sayeed (then Union home minister Mufti Mohammad Sayeed's daughter) was kidnapped, the kidnappers were looking to kidnap Farooq Abdullah's daughter Safiya as well. I have written this in my book.

They could not kidnap Safiya because she was surrounded by security forces and her kidnapping would not be easy.

Later, these kidnappers discovered that India's home minister's daughter Rubaiya Sayeed used to go to the Lal Ded Memorial Women's Hospital (she was a doctor) and her timings were known. Therefore, she was kidnapped from the hospital in a tempo and they took her to Sopore.

This was a watershed moment in Kashmir history that changed everything.

In retrospect, do you feel it was a mistake to release the terrorists in exchange for Rubaiya Sayeed?

Many years have passed and I would not now say it was a mistake, but certainly I can say this: That no harm would have come to Rubaiya if the Government of India would have held on for some more days.

They would not have to release all those militants or guides or whoever they were.

She was a high-profile target all of a sudden because Mufti Mohammed Sayeed became the home minister of India on December 5, 1989, and his daughter Rubaiya was kidnapped on December 8, 1989. Delhi was haken up by this incident.

Soon, kidnapping became like a small-scale industry in Kashmir where many people were kidnapped at that time.

If I am not mistaken, Saifuddin Sozsaab's daughter Nahida was also kidnapped.

There was also the kidnapping of a South Indian bank manager by Kashmiri militants. He was kept in captivity for a few days and when he came out, he was full of praise for his kidnappers. It is what you call the Stockholm Syndrome.

Let me put it this way.

Most of the blame goes to the 1987 J&K assembly election where they say it was rigged (when Farooq Abdullah became chief minister).

This thing (terrorism) was waiting to happen.

The generals in Pakistan were waiting to take revenge against India after their defeat in the Bangladesh war against India in 1971.

They did not dare to take any action against India as long as Sheikh Abdullah was alive. They thought he was too big for them to take such a step.

After Sheikh's death when Farooq Abdullah became chief minister, his government was dismissed by the central government (under Indira Gandhi in July 1984).

At that time, Pakistani generals started planning and it was at the same time that Amanullah Khan (co-founder of the Jammu and Kashmir Liberation Front) came back to Pakistan.

General Zia-ul Haq was ruling Pakistan then and he came up with the theory of a thousand cuts to bleed India.

Even today, there are a few crazy generals in Pakistan who still talk about the 1971 defeat, it has not gone out of their psyche.

What was Yasin Malik's role? Was he the mastermind behind the killings of Kashmiri Pandits then?

He was one of the JKLF boys and it is wrong to call anyone as the mastermind.

The first one among the JKLF boys to be killed was a 'commander', Ashfaq Wani. When he was killed, all the blame was put on Ashfaq Wani by stating that it was all done on his instructions, which again is not correct.

These JKLF boys were collectively responsible in the killings of different persons and different incidents.

Yasin's name comes out only in the killing of an Indian Air Force officer (Squadron Leader Ravi Khanna) and other than that, his name did not come up in any other killing, and even if there is it is not known.

I have spoken to all these boys and they conveniently blame Ashfaq Wani.

What is the solution for Kashmiri Pandits? Will they ever get justice, will they ever be re-settled in their homeland?

That is a tragedy because many Pandits who left Kashmir are now affluent people.

Poorer Pandits are afraid that if they go back, they will face threats (from the terrorists).

I feel the best people to appeal to bring back the Kashmiri Pandits are the pro-separatist, Pakistan-backed, Hurriyat group.

Hurriyat leaders like Mirwaiz Farooq had said this a couple of times and the late Syed Shah Geelani too said the same thing. Geelani was Pakistan's last man standing in Kashmir.

If Kashmiri Pandits have to come back, then it has to be done honestly and sincerely.

There is no point in just saying, 'hum wapas bhej denge (we will send Kashmiri Pandits back).'

During Omar Abdullah's tenure as chief minister he wanted the Kashmiris in Pakistan to be rehabilitated, but that scheme too fell through. 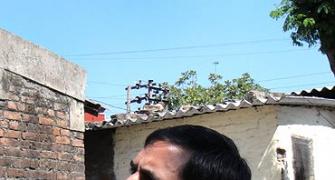 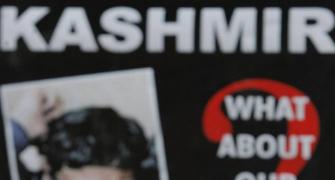