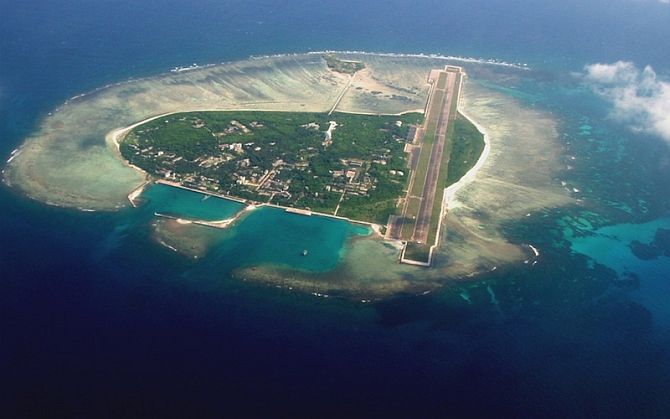 'The worst case scenario is for China to behave like a bull in a China shop, and brazenly and wantonly indulge in further encroachments, create obstacles to free navigation and convert the SCS into an Air Defence Identification Zone,' says B S Raghavan.

The People's Republic of China has suffered a painful, though expected, reverse in terms of the stinging rebuke of an award given by the Permanent Court of Arbitration at The Hague, on July 12, at the end of a three-year long proceedings initiated by the Republic of Philippines disputing China's claims over some of the sea areas and features, known as islands in common parlance, in the South China Sea.

China refused to recognise the tribunal's jurisdiction and boycotted the proceedings, although it circulated a 'position paper' elaborating its stand with reference to the Philippines' case.

The grounds on which China based its rejection of the Permanent Court of Arbitration's jurisdiction and competence were;

Despite the non-participation of one of the parties to the dispute, the tribunal of five judges went ahead with the case and delivered its verdict, justifying its decision on the reasoning that such a course was not barred under the United Nations Convention on the Law of the Sea and that it had all the material on the Chinese side from the 'position paper' and other published documents.

The Permanent Court of Arbitration's findings are categorical and unambiguous, to the effect that:

In the face of this acute discomfiture, high officials of the Chinese foreign and defence ministry with the country's media in tow, have attacked the award by using ill-tempered language, calling it 'garbage' and even darkly insinuating that judges had been 'manipulated.' They have dismissed it out of hand as a one-sided award, which China was not bound to recognise or implement.

Chinese Assistant Foreign Minister Liu Zhenmin has defiantly asserted that the area 'belongs to China.' Recalling how China had set an Air Defence Identification Zone over the East China Sea, he said that if the degree of threat warranted it, China had 'the right' to set up a similar zone over SCS to force aircraft flying in the area to seek permissions from Beijing. 'Do not make it a region of war,' he warned.

Capping it all, Chinese President Xi Jinping, said China's 'territorial sovereignty and marine rights' in the SCS would not be affected by the ruling.

An official White Paper titled 'China Adheres to the Position of Settling Through Negotiation the Relevant Disputes Between China and The Philippines in the South China Sea,' published by the Chinese government the day after the award, lambasts The Philippines for its 'concoctions' and asked the countries of the region not to turn the SCS into a 'cradle of war.'

A sideshow that has ensued following the award involves Taiwan, that calls itself the Republic of China, which, in fact, had been the originator of the claims to the so-called islands of SCS. But not being a member of the UN nor a signatory to the UNCLOS, it has found itself excluded from the goings-on. It has questioned the credibility of the PCA and the unfamiliarity of the judges with the situation in the SCS.

As evidence of their ignorance, it points to their reference to the Republic of China as 'Taiwan Authority of China' and to Itu Aba (in the Spratly group) as a 'rock'. The Republic of China contends that under the name of Taiping Island, it is the largest naturally occurring feature in that group, belonging to it, housing a military garrison, a hospital, and a farm, and capable of sustaining human habitation, with its freshwater wells and ability to grow produce; being thus an island under UNCLOS, it would give Taiwan a claim to a 200 nautical mile EEZ extending from Itu Aba and encompassing a wide swath of the SCS.

The Republic of China further contends that Taiping Island was no part of The Philippines' case, but the PCA, mistakenly or deliberately, has brought it within the scope of the proceedings and pronounced on it as well.

This is the setting in which the impact of the verdict on the other concerned actors needs to be considered. It augurs well for the future that The Philippines has reacted with restraint and moderation to the verdict.

The comments of India, and of countries such as Malaysia, Singapore and Vietnam forming part of the Association of South East Asian Nations have also been nuanced, without any attempt to rub salt in the wound.

Malaysia, in fact, has reiterated its willingness to abide by the Declaration of the Conduct of Parties in the SCS, signed in 2002 by China and ASEAN and urged all sides to refrain from occupying uninhabited reefs and shoals. It has expressed its faith in a peaceful resolution in accordance with international law.

It must be remembered, though, that ASEAN itself is riven with dissensions, does not speak with one voice, and is prone to wobble, especially when big powers are involved.

Only the US and Japan are out of step, the former pointing out that the PCA's decision is legally binding on both China and The Philippines, although the US itself had never subscribed to the UNCLOS and accepted the PCA's locus standi in the past.

It has called on all claimants 'to work together to manage and resolve their disputes setting standards for behaviour in disputed areas, and ultimately resolving their underlying disputes free from coercion or the use or threat of force.'

Japan, on its part, 'strongly expects' compliance with the award by both parties, no doubt having in mind its own dispute with China in the East China Sea over a chain of islands known in Japan as the Senkaku and in China as the Diaoyu.

After the fizz, what? That's now the question. Nobody expects China to make an abrupt U-turn and give up its claims. In this it is not alone. The attitude of all countries, in general, and the industrial Western democracies, in particular, with the US standing out among them, towards any adverse international award has been similar.

The worst case scenario is for China to behave like a bull in a China shop, and brazenly and wantonly indulge in further encroachments, create obstacles to free navigation and convert SCS into an Air Defence Identification Zone.

One wishes one could rule out this scenario altogether, but considering the streak of duplicity, pigheadedness and violence in China's make-up, one has to be prepared for any eventuality.

The best case scenario is a. that China will respect the high stakes the world community has in the right of unimpeded access to the SCS in the form of freedom of navigation and overflight; b. that, while rejecting the PCA award as 'waste paper,' it will not ignore the material fact of its existence; and c. that it will realise that the award has certainly created a new situation, and provided a new and plausible perspective with which to judge China's actions and intentions.

It may well be that China is veering round to recognising the advisability of this latter approach. A straw in the wind is the very fact of its issue of the White Paper (mentioned earlier) immediately following the announcement of the award and the dropping of any reference the so called 'nine-dash line' covering some 90 percent of the South China Sea in its latest statements.

In major world capitals, its ambassadors are at pains to emphasise that China stands ready to work with other countries to jointly maintain peace and stability in the SCS, to ensure the freedom of passage and safety of the international shipping lanes, and to resolve the disputes peacefully through negotiation and consultation with the States directly concerned.

The real touchstone of China's sincerity and commitment to this end will be the speed with which it embarks on the process of negotiations with the other claimants and whether, pending negotiations, it will put on hold its plans for aggressive pursuit of activities of reclamation, expansion and fortification in respect of the 'islands,' which have also been found by PCA to have caused enormous environmental damage to marine resources and biodiversity in and surrounding the 'islands.'

Such a constructive and positive mindset will require statesmanship of a high order, and we will soon know whether China is capable of it. 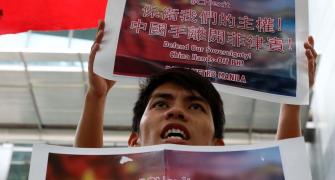 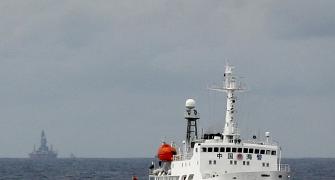 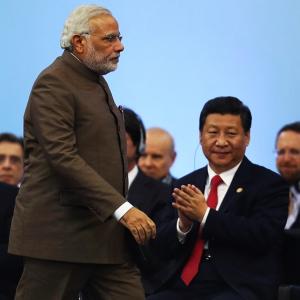