Why young people from India-Pak need to talk

As India faces increasing dissonance and even hostility from its neighbours, there is increasing recognition that only government efforts are far from adequate. Assertive people-to-people contacts are essential to supplement and even supplant government efforts to normalise some inter-state relations, says Nilova Roy Chaudhury.

The death of Inder K Gujral, former prime minister and proponent of the eponymous 'Gujral Doctrine,' a set of five principles stemming from the belief that India's stature and strength cannot be divorced from the quality of its relations with its neighbours, brings back to centre-stage the imperative to refocus on mending fences with our neighbours.

At the political level, successive governments after Gujral's short-lived United Front ministry have aimed to carry aspects of his doctrine forward, with varying degrees of success. Although not a candle-carrying-at-Wagah kind of 'peacenik,' Prime Minister Manmohan Singh, whose family originally also came from Pakistan, has tried to normalise relations and engage Islamabad at every constructive level, despite huge setbacks like the murders in Mumbai on 26/11, four years ago. It is a different matter that his efforts have faced more frustration than fruition.

At the cultural level, the Indian film industry or 'Bollywood' has helped to bridge some gaps between the most intransigent neighbours and rectify some negative stereotypes; moving from the 'macho' Sunny Deol in Gadar to the suave, long-suffering yet not bitter Shah Rukh Khan in Veer Zara.

It is at the human level, in the context of India-Pakistan relations, that the absence of sustained face-to-face interaction between younger people, along with widespread negative stereotyping about people from 'the other side' which has led to deep-rooted prejudices and hostility between the peoples of the two countries. And that is the level at which relationships are sought to be built and hostilities managed and even reduced.

Ironically, young South Asians know little about their immediate neighbours, despite being very familiar the lifestyle and cultures of their American or European peers. Till quite recently, our education systems, media, and the political discourse also displayed a considerable degree of ignorance, prejudice, and hostility towards those with whom we share a border and a common cultural heritage.

That, and the long-term effects of these sustained levels of apathy and antipathy, led to an effort to bring together people most suited to correct stereotypes, while being worst-hit; women and young people.

Women in Security, Conflict Management and Peace, under the aegis of the Dalai Lama's Foundation for Universal Responsibility, has, through conflict transformation workshops over the past decade, aimed to 'conscientise' participants to look beyond friends and family to the perceived 'other'.

Through a combination of contemplative, experiential, and multi-disciplinary dialogues and training, WISCOMP has attempted to 'conscientise' participants to the need to expand the network of their relationships beyond friends and family to include those who are perceived as 'the other'.

The genesis of WISCOMP's efforts coincided with the passage of United Nations Security Council Resolution 1325, adopted unanimously on October 31, 2000, which sought a gender perspective that included the special needs of women and girls during post-conflict reconstruction.

Since the first WISCOMP dialogue, back in June 2001, 490 people, mostly Indian and Pakistani, have attended this annual effort to foster an atmosphere by which elements of the perceived hostility could be managed and conflict avoided.

The 2012 workshop, the theme of which was The Software of Peacebuilding, was the tenth in this series of annual dialogues. It bought together 40 young professionals (between 22 and 35 years), and 'GenNext' leaders from India and Pakistan to broaden the network of peace builders and enhance their capacity to participate in processes of non-violent social change and conflict transformation.

Participants from diverse cultural and political backgrounds, from professions including law, psychology, conflict resolution, advocacy, education, media, business, development, public policy, and the arts came together to build their capacity to contribute to sustainable peace and security in Pakistan and India. Kashmiris from both sides of the Line of Control constituted a large sub-group, comprising almost 30 per cent of attendees.

While Kashmiris have formed a large subgroup of all previous dialogues, the 2012 Workshop was unique because it brought together stakeholders from both sides of the LoC, cutting across the religious and ethnic diversity of the region that was once the princely state of Jammu and Kashmir.

The trust deficit has been a key focus of each workshop, and WISCOMP has used the methodology of 'sustained dialogue' to transform this among the young participants from the two countries. The aim is to build strategic cross-border partnerships for peaceful coexistence and, provide dialogic spaces where young people can develop empathy for diverse worldviews and experiences.

According to Meenakshi Gopinath, honarory director who has mentored WISCOMP since its inception, at the turn of the 21st century, these workshops were among the first few in the region to provide a safe, catalytic space where perceived 'enemies' could converse with (and listen to) one another.

Setting the tenor for the 2012 workshop, Gopinath urged participants to seek to address issues that arise when gender intersects peace building.

How do women define conflict and violence? How do we address the

continuum of violence that many women face -- from within their homes at the hands of their family members to the oppression meted out to them by community leaders and the state?

Opting to deal not only with the contentious issues like Jammu and Kashmir and terrorism at the workshops, but also with issues that affect particularly women on either side of the border (honour killings, for example) has helped to create a sense of shared experience, highlighting the similarities in the conditions facing women on either side of the divide. As a participant from Pakistan pointed out, her visit to this workshop in India helped rid her of many of the negative perceptions she held about Indians.

Gopinath, Principal of Lady Shri Ram College for Women (whom Nobel Laureate alumna Aung San Suu Kyi called 'my principal') said violence against women in different spheres -- whether it is the domain of the home, the community, the workplace, or politics -- remains rampant as also does their exclusion from levels where decisions are taken. There is a need to negotiate a new kind of democracy where women and men co-create a just and equitable society.

These 'baby steps' are helping to make a small beginning towards de-demonisation of the neighbour and the efforts have perhaps begun to reap dividends.

An indicator is the lack of any major hostile fallout in Pakistan from the hanging of Ajmal Kasab, the lone Pakistani gunman captured for the attacks on the Mumbai. Other than the usual suspects, like Hafiz Saeed and the Taliban spokesman, civil society in Pakistan has commended the judicial process which brought Kasab to justice, even urging their judiciary to move against those involved in the Mumbai attacks, now in their custody.

While Pakistan continues to remain India's biggest foreign policy challenge over 65 years after independence, India cannot afford to not stay closely engaged with Islamabad. Former diplomat and Union minister Shashi Tharoor, while blaming the Pakistani army for being at the root of the hostility, told participants at the WISCOMP workshop that institutions in India want peace more than the institutions in Pakistan do because "we have more at stake when peace is violated."

"Some in India suggest that we should ignore our dysfunctional neighbour except for the occasional terrorist blast, saying that there is nothing we need from Pakistan and let us get on with our development, free of that country's attentions. To them, there is only one answer: we cannot grow and prosper without peace and that is the one thing that Pakistan can give us and that is the one thing that we cannot do without. Peace. We cannot choose to be uninterested in Pakistan because there are some in Pakistan who are dangerously interested in us," Tharoor said, positioning himself as a pragmatic realist.

Gujral's death came on a day when the United Nations Security Council debated on 'Women and Peace and Security', with 50 member nations, including India participating.

Speaking at an open debate in the UN Security Council open debate on 'Women and Peace and Security' on Friday (November 30, 2012) India's Permanent Representative Hardeep Puri said, "The three pillars of lasting peace, namely, economic recovery, social cohesion and political legitimacy, cannot be achieved without the active engagement of women."

"The UN needs to support and supplement, as appropriate, the efforts of the national government," Puri said, adding, "We also believe that civil society, including women organisations, is a valued partner in such efforts."

As India faces increasing dissonance and even hostility from its neighbours, among them the Maldives, Nepal, Pakistan and Bangladesh, there is increasing recognition that only government efforts are far from adequate. Assertive people-to-people contacts are essential to supplement and even supplant government efforts to normalise some inter-state relations.

With Pakistan, perhaps the most contentious neighbour, the effort to try and rectify decades of bad blood and misconceptions began in earnest after taking a cue from Gujral, who felt his doctrine of non-reciprocity could achieve a fundamental recasting of South Asia's regional relationships, including the difficult one between India and Pakistan.

Nilova Roy Chaudhury is head of the Symbiosis-Indian Review of Global Affairs project. 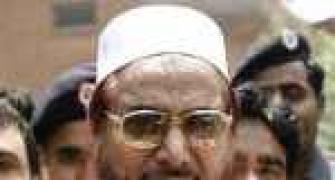 Pak to act against Saeed if evidence stands in court: Khar 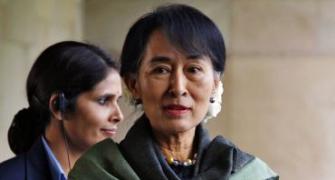 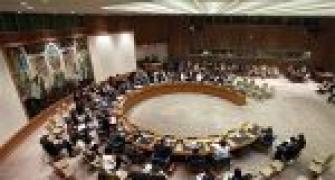 'No policy to oppose India's permanent membership in UNSC' 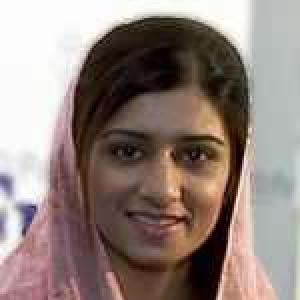 Khar seems to be eager to help India: Hafiz Saeed