Rajeev Srinivasan on whether social media can lead to lasting change, or whether it is merely a flash in the pan.

Given the various 'revolutions' in the recent past, for instance in Tunisia and Egypt, there is a belief that social media like Twitter, Youtube and Facebook have been instrumental in bringing activists together. Some go so far as to say that the spread of social media will inevitably bring about more democracy; the theory goes that freedom of information leads to freedom of thought.

This is a nice theory, partly because it has also been widely publicised that the organisers of these revolutions used social media quite a bit. However, it may be an example of wishful thinking by net-boosters, as correlation may not be the same as causation. There is apparently a truism developing that reminds me of that old saw, "No two countries that have McDonald's franchises will fight a war," attributed to New York Times columnist Tom Friedman.

Just as that theory turned out to be brave but naive, it may well be that Twitter really does not lead to permanent revolutions, either. Iran is a good counter-example, because the leaders of the 2009 protests, although they did use computer networks, did not find them particularly efficacious. Internet theorist Evgeny Morozov -- more on him later -- who coined the term 'digital Orientalism', claims there were only about 60 active Twitter users in Teheran to begin with, and when the authorities clamped down, the number fell to the single digits.

In fact, social media may be counterproductive. It is easy enough for the authorities to monitor online groups and identify troublemakers, without the hassle and expense of tapping telephones and staking out people's homes. They even insert their moles into these groups, all from the comfort of their offices. Some governments track overseas Facebook 'friends' of known dissidents, denying them visas.

In a sense, digital identities are the equivalent of the dossiers that governments painstakingly prepared in the past; except that they are easier to locate, data-mine and analyse for connections. Authoritarian governments are not cyber-illiterate troglodytes. They are often net-savvy: note China's army of hackers (they have broken into Google, and into many sensitive systems including those of Indian embassies) who either work for the State or are supported by them.

There is also a great tactic that propaganda-savvy governments use: disinformation. Especially in nations where the mainstream media are so compromised that people look to the net for real news, this can be very effective. A recent example that shows the power of misinformation was a tweet by the Pakistani humourist @majorlyprofound, who claimed that intellectuals at the Karachi Literary Festival were about to release a statement praising Salman Taseer, condemning his killer, and criticising blasphemy laws. This led to a plaintive response from the festival organisers, asking that he stop the disinformation, because they already had enough security problems!

There are other diversionary tactics, too. It appears that there is an implicit bargain in many countries: authorities tolerate pirated movies, pornography, etc. on Internet Service Providers in the expectation that this will distract otherwise-restive young people from gathering in the streets and causing trouble. This is an effective 'opiate of the masses', within limits, and can lead to 'slacktivism' -- armchair activism that has no staying power.

The authorities also have a simple, if drastic, solution: they can shut down Twitter, Youtube, Facebook etc. by blocking access to them from their country. There are ways of getting around this by using virtual private networks, anonymizers (such as the TOR network), etc., but the process is cumbersome, and is not fool-proof. The authorities could also pull the plug on the entire Internet, in which case all bets are off. Well, Google did come up with a way of turning voicemails into tweets to get around the problem when Egypt went off the Internet. But that seems like, at best, a partial solution.

Thus, it may well be the case that revolutions have to be made the old-fashioned way: you earn the right to overthrow by putting yourself in the line of fire; and revolutions run on the blood, sweat and tears of real people facing real bullets and truncheons.

This is not to, by any means, diminish the substantial role social media has in creating an alternative channel of information, less susceptible to disruption and massaging by the authorities. It may well be that social media is neither necessary nor sufficient for revolution, as the Economist opined in a podcast; it may act only as a catalyst or an accelerant.

It may also be that social media is more effective in certain areas than in others. For instance, it is likely that the Radia tapes incident in India would have been buried by the mainstream media, certainly because it affected several mediapersons, and the media, as is its wont, closed ranks. However, the issue was kept alive on Twitter, and the journalists involved lost credibility.

However, one of the impugned journalists has not stepped down, and acts as though she were innocent and wrongly accused. It is a tribute to the powerlessness of social media that this person, and her employers, have not felt the need to accede to popular outrage. They have chosen to brazen it out, confident that they can ride out this storm.

Therefore, if social media cannot even force a tainted journalist to resign, it stands to reason that it will not be able to force a ruler to step down, much less one who is entrenched and resourceful. Thus, all the outrage on Twitter about corruption, dynastic rule and lack of governance in India may amount to nothing. The powers-that-be have too much control.

The 'cyber-dystopian' perspective has been articulated most forcefully by a young American of Belarusian descent, Evgeny Mozorov. His recent work, "The Net Delusion: The Dark Side of Internet Freedom" (Public Affairs, 408 pages, $27.95) argues that Wikileaks revolutions and Twitter revolutions are a mirage. Incidentally, a previous article by Morozov (We don't trust machines, Newsweek, June 1, 2009) suggests that electronic voting machines are unreliable. (In passing, let us note that Pakistan, not exactly an exemplary democracy, has shown interest in India's dubious EVMs that many experts consider highly tamperable.)

Some of Morozov's misgivings about how the technology might be misused and turned against the common man (an obvious analogy with the assertion "guns don't kill people; people do") were validated in India's Twitter world as well. A young MBA student, @sparklingstar18, vocal in her criticism of the Radia tape journalists, was abused with an unprintable sexual suggestion by a Bollywood person.

Confident that he could get away with it, this person and other sock-puppets of the journalists have been hounding the woman. According to her, they are stalking her 24x7 on the Net, and have been attempting to find her physical location at university in the US, with the implied threat of physical violence. So it has come full circle: a Net-based opinion is leading to potential physical harm in the real world! The victim has been appealing to people like Kiran Bedi. The fact that IPC 509 and 507 -- crimes against women and anonymous crimes -- have been violated does not seem to bother the stalkers.

The US think tank STRATFOR (Social Media as a Tool for Protest, February 3) provides a number of instances in which the hype about net-based would-be revolutions has been overblown. Similarly, in Tunisia and Egypt, while the Internet had a role in organising rallies and so forth, it was only when large numbers of people were wiling to risk their lives on the streets that the authorities realised that this was not business as usual.

Notably, Egypt cut off the Internet and cellular phones, but that did not have a very big impact on the struggle; so much so that they were turned back on.

Among those keeping close watch on the goings-on were the Chinese, who have reason to wonder if their nascent movements for more freedom would be encouraged by what happens in Egypt.

The net take-away from Egypt's ongoing strife is that although Internet/social media can have a profound impact on communication, it is not about to cause regime change and the sudden flowering of democracy. In fact, they may even unwittingly set the stage for better-organised extremists to come to power after the grassroots Internet revolutionaries have paved the way: classic frying-pan to fire. 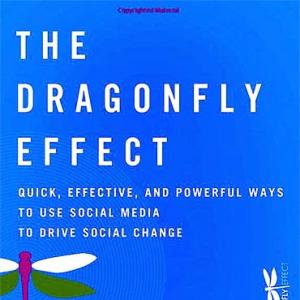