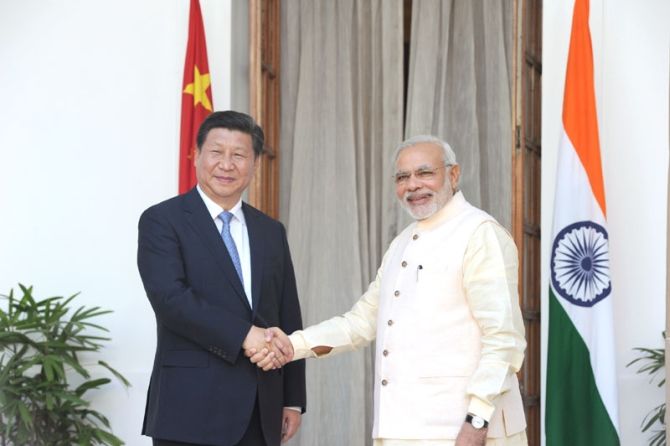 'It needed political courage on the part of the prime minister to make such an intervention at the present juncture when the hawkish opinion rules the roost in the Indian foreign-policy discourses in our media, and, unfortunately, the sane voices have largely fallen silent,' says Ambassador M K Bhadrakumar.

The government has done just the right thing to review the decision to grant a visa to an Uighur activist whom China has branded a 'terrorist.'

Had it been otherwise, there would have been serious negative fallouts on the relationship with China.

All one can say at this point (before more details are known) would be that there has been a political decision, conceivably at the highest level, to supersede the foreign and security policy establishment's earlier move to issue an 'electronic visa' to the Uighur fugitive Dolkun Isa, living in exile in Germany.

The optics of this development are not going to be good for Prime Minister Narendra Modi himself, because our hawks had just opened the champagne bottle to celebrate the high probability of a nasty India-China spat breaking out anytime in the coming days or weeks when they realise they were holding an empty bottle. Understandably, they are livid with anger and frustration and will fulminate.

The right thing to do is to ignore them and leave them to come to terms with their misery. These very same hawks living in ivory towers have always opposed the normalisation of India-China (and India-Pakistan) relations.

What is it they want? War with China and/or Pakistan?

The decision to grant a visa to the Uighur separatist was a serious mistake for the following reasons:

If Modi hadn't ordered a reversal of the earlier decision, the India-China relationship would have entered a period of uncertainty.

Once derailed, the normalisation process will take years to revive. Is that in the country's interests?

The visits last week by Defence Minister Manohar Parikkar and National Security Advisor Ajit Doval to China appear to have gone off well. Doval was received at a very high level, underscoring China's interest in moving forward in the cooperation with India.

Our objective should be to carry forward these positive impulses. Modi is likely to meet Chinese President Xi Jinping on two occasions during the rest of this year. India should avail of the window of opportunity to give new momentum to economic cooperation.

China is a unique -- and irreplaceable partner -- for India's development. Creating a climate conducive to the fostering of trade and investment from China should be the main focus of India's diplomacy in the near term. The peace and tranquillity on the border provides the necessary platform for sustained economic diplomacy.

All indications are that this has also been Modi's intention.

In the ultimate analysis, it is imperative that India conducts a multi-vector, non-aligned, foreign policy. The current international situation demands it.

Any weakening of any major template of foreign policy, such as the ties with China, will deprive India of optimal capacity to navigate its way in the prevailing world order.

To be sure, Modi realises this. Hence, the intervention to ensure that India-China differences are properly handled.

It needed political courage on the part of the prime minister to make such an intervention at the present juncture when the hawkish opinion rules the roost in the Indian foreign-policy discourses in our media, and, unfortunately, the sane voices -- voices of reason and moderation -- have largely fallen silent. 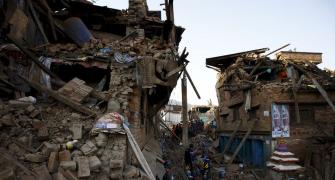 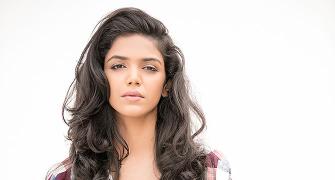 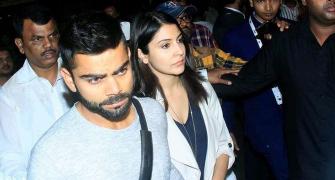 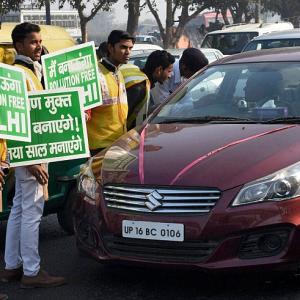 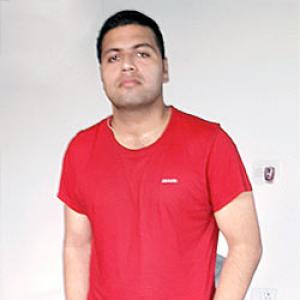