Why India needs to think carefully about its Afghan policy 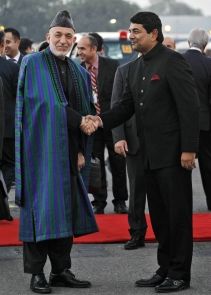 As the western forces prepare to leave Afghanistan in the coming year, India stands at a crossroads where it remains keen to preserve its interests in Afghanistan but has refused to step up its role as a regional security provider. New Delhi needs to recognise that there is no short-cut to major power status, says Harsh V Pant

Afghan President Hamid Karzai was in New Delhi last week, holding talks with Prime Minister Manmohan Singh at a time of looming transition in Afghanistan. He once again pressed for stepping up of aid -- both civilian and military including lethal and non-lethal weapons -- a demand that he also made during his last visit, only to be rebuffed by New Delhi.

This time, however, the response was slightly more positive with the government indicating that “the demand was being considered taking into account various factors including two major issues -- our ability to supply based on our surpluses and licensing from other countries eg if India is to supply a Russian-tank, it would require the permission and license from Russia to do so.” Karzai also appraised New Delhi about Afghanistan's negotiations on the Bilateral Security Agreement with the US; the peace process with the Taliban and the broader transition process.

This visit comes at a time when the final passage of the long-term US-Afghan security pact, as part of which the US could keep up to 15,000 troops in Afghanistan after 2014 focused largely on counter-terrorism and training of Afghan forces, is in turmoil. The on again off again security pact between the US and Afghanistan has been mired in differences between Washington and Karzai with both indulging in brinkmanship. Karzai, with his actions, has made it clear that he is not too eager to have a residual US presence in Afghanistan and has tended to postpone a final agreement with the US.

The US meanwhile has been reaching out to other stakeholders such as the Afghan defence minister Bismullah Khan Mohammadi, army chief General Sher Mohammad Karimi and deputy interior minister Mohammad Ayub Salangi. Karzai has underscored that he would sign the long-term security pact with the US only if the US helps his government begin peace talks with the Taliban and agrees to release all 17 Afghan citizens being held in Guantanamo Bay.

The US has retaliated by making it clear that if the agreement is not signed, the US forces would begin planning for a complete withdrawal at the end of 2014.  The NATO countries have also underlined that they won’t be able to leave even small forces behind in Afghanistan without guarantees from Karzai.

Indian policy elites have been debating Afghanistan in a context that often appears devoid of any sense of realism. The debate about Afghanistan is not a debate between various ‘schools of thought’ in India. It is a matter of life and death for ordinary Afghans. They should have an important voice in how India decides to reorganise its Afghan policy in light of the impending departure of western forces from Afghanistan in 2014 and the resulting security vacuum that is likely to ensue.

The debate on what sort of security footprint India should have in Afghanistan has been going on for years in New Delhi and there has been no urgency in coming up with a coherent response. Even when it is clear that the stakes for India in Afghanistan cannot be higher, the Indian foreign policy establishment has been content in suggesting that India’s developmental role makes India an important player in Afghanistan.

The truth is that all the developmental investment that India has made will come to naught once the western forces leave Afghanistan unless India makes it unequivocally clear that it intends to strongly protect and enhance its Afghan security interests even in the absence of a western stronghold.

Over the last decade, Indian policy, despite the nation’s self-image as a rising regional and global power, has been unusually dependent on the actions of other actors. Till very recently, there was a widespread belief in the Indian policy making community that the American presence in the region would continue and this would be enough to secure Indian interests.

This was a strange position to take for a nation that otherwise has had no compunction in underlining its credentials as a non-aligned nation and in bemoaning the use of military power by the US. The Indian prime minister had been candid in requesting the US not to leave Afghanistan as he knows full well that stepping up India’s security role in Afghanistan could mean political mayhem.

But even if American and Indian interests converged in Afghanistan, as they did and continue to do, there was no excuse for not articulating an Indian response to the Afghan crisis. And as the western forces prepare to leave the region, New Delhi is once more at a loss in responding to the new strategic environment. If Indian security situation deteriorates post-2014, as most serious observers believe is very likely, New Delhi will only have itself to blame.

There is an overarching lack of coherence in the Indian response as New Delhi seems to be perpetually on the defensive, first making Washington the sole pivot of its outreach to Kabul and then petulantly complaining about American unreliability. On the one hand, India has been signalling to the US that it views a long-term American presence in Afghanistan as integral to its regional security. On the other, it has been reaching out to the Iranians who want to see a full and complete US withdrawal from the region.

Even as India has signed a strategic partnership agreement with Afghanistan promising to enhance its role in Afghan security sector, it has at the same time been reducing its economic footprint in Afghanistan. As a result, New Delhi has not only complicated its own future options but it has also lost allies who are having difficulty in viewing India as a credible partner in the emerging strategic realities in Afghanistan.

As the western forces prepare to leave Afghanistan in the coming year, India stands at a crossroads where it remains keen to preserve its interests in Afghanistan but has refused to step up its role as a regional security provider. New Delhi needs to recognise that there is no short-cut to major power status. Karzai’s visit to India this week is another reminder for New Delhi as to what’s at stake in the unfolding great game in South Asia.

India will either have to step up to the challenge or get ready to be forever marginalised in Afghanistan and beyond. This recent visit is one of the last few opportunities for New Delhi to restore its dwindling credibility in Kabul. Sujatha Singh in US, says it's up to Karzai to sign security pact 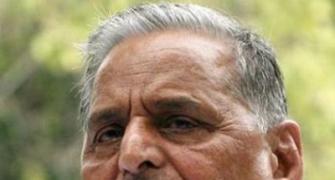 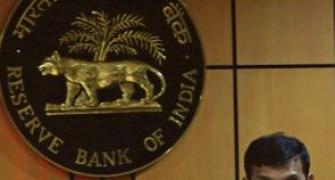 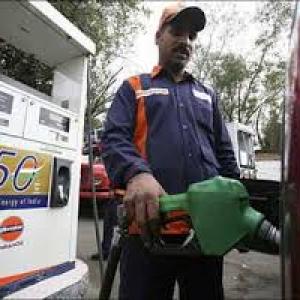