India's freedom, its rambling but working Constitution, its Parliamentary democracy, its lumbering administrative machinery all have many a father, but its greatest claim to fame, especially today, that of being a modern State, is due to but one person: Its first and longest-serving prime minister, Nehru, says Shreekant Sambrani.
Illustration: Dominic Xavier/Rediff.com.

R K Laxman once portrayed Jawaharlal Nehru as a one-man orchestra playing all the instruments, with a smile on his face.

At the cost of being pilloried by the legions of Narendra Modi fans as also his fierce Congress critics, one is tempted to observe that this cartoon could depict our current prime minister also, for reasons too obvious to elaborate.

The present orthodoxy has reduced Nehru's legacy to faulty economic policies that hindered India's growth, his Western orientation that minimised Indian cultural heritage and his contribution to dynastic rule.

For four out of five Indians, Nehru is only a sepia-tone memory. The criticisms gain traction because of the identity of the Nehru-Gandhi family with what now passes for Congress ideology.

Nehru was deeply committed to a rapid development of India. His policies, like those of other leaders, were shaped by his times.

Europe was rebuilding itself with generous Marshall Fund assistance, and the role and influence of the State were all too pervasive.

Even Ludwig Erhard, the architect of the West German Wirtschaftswunder, a staunch votary of the Hayekian liberal economy, had to adopt many welfare state policies and prescriptions in the 1950s.

Nehru by inclination was a Fabian socialist and not a Marxist. He was not the only leader or thinker of the day to be impressed by the emergence of the Soviet Union as a modern economic and military power in three decades after centuries of feudalism. That group included the guru of all modern economists, Paul Samuelson, as well.

Nehru had no dearth of reputed advisors, Indian as well as Western, to guide his efforts of planning the Indian economy. Even Indian industrialists such as J R D Tata and G D Birla had put their names in 1944 to The Bombay Plan, reportedly authored by John Mathai, which envisaged a major role for the government of independent India in its development.

Most key projects of that period would find favour even today: Building of large dams, major industrial infrastructure, scientific and technical institutions, among others. Sushma Swaraj proudly mentioned India's achievements of IITs and IIMs in her speech at the United Nations General Assembly.

The Atal Bihari Vajpayee-led economic resurgence of the economy in the early years of this century resulted from the thrust on infrastructure, embodied in the Golden Quadrilateral project. Our present plans of reviving the economy again hinge on the multi-crore rupee road linkage Bharatmala project.

The seeds of failure of the Statist model were sown during Nehru's lifetime. The 1955 Avadi Congress enjoined the State to occupy commanding heights of the economy, an idea whose time had not come but was forced anyway.

Arguably, had Nehru been around a little longer and not broken in spirit in 1962, he would have seen the futility of these excesses and would not have hesitated to undo the damage.

His inheritor, the daughter, rushed in headlong where angels should have feared to tread, with disastrous consequences.

Less government is a catchy slogan, but difficult to follow. Mai-baap sarkar is imbedded in our collective DNA, as we have repeatedly discovered since 1991.

Even the Modi government is not immune to it.

Nehru's understanding and admiration of Indian heritage are well documented in his The Discovery of India. He cites mathematical and astronomic achievements of Aryabhata and others, the rule of law in the city republics and the late Asokan period as great feats of Indian civilisation but not the myriad myths.

He was not known to observe any rituals, did not seek solace in temples and ashrams, never made pilgrimages, did not possess gurus, did not preach other-worldly concerns and never ever made any capital of his religious/ethnic/caste background. Sadly, his successors in family and politics were far removed from this trait.

He once turned down Amrit Kaur's request for intervention by telling her that 'You are asking that I be a dictator. You have come to the wrong person.'

Mr Modi described Parliament as the temple of modern India. Nehru may not have been its architect, but was certainly the main builder of it.

India's freedom, its rambling but working Constitution, its parliamentary democracy, its lumbering administrative machinery all have many a father, but its greatest claim to fame, especially today, that of being a modern State, is due to but one person: Its first and longest-serving prime minister, Nehru.

His name may be anathema to the current ruling dispensation, but it should recognise that many of its efforts and much of its rhetoric appear to be continuing the desirable aspects of Nehru's legacy.

The Bible says, 'Lord is slow to anger and abounding in steadfast love, forgiving iniquity and transgression, but he will by no means clear the guilty, visiting the iniquity of the fathers on the children, to the third and the fourth generation.'

In Nehru's case, the sins of the second, third and fourth generation are visited upon him, it would appear today.

Dr Shreekant Sambrani is an economist. 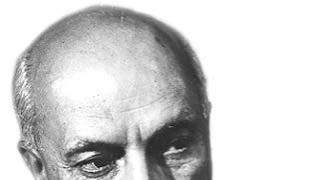