Voters deserve one. Democracy requires one. We need an alternative that people want, not just an anti-vote, says Mitali Saran. 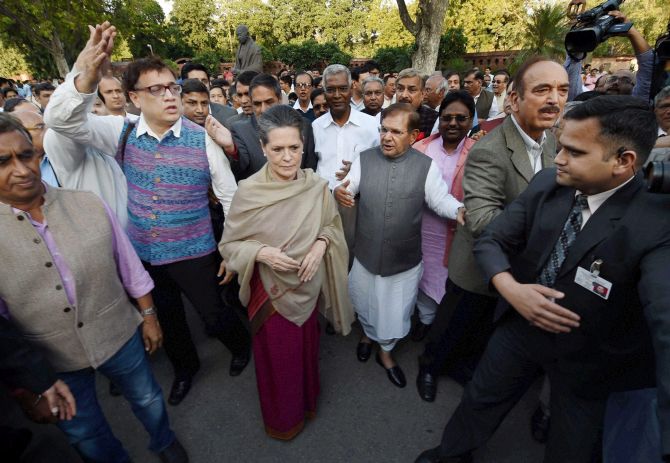 In the merry storm of democracy, political winners and losers trade places constantly by design.

It's such a busy two-way street that it's creepy when traffic suddenly goes one way.

Seeing the country one-sidedly in the Bharatiya Janata Party hands makes you miss the annoying days of coalition politics, not so long ago, when decision-making was fraught, but then again, nobody got too big for his or her boots.

The thrust and parry of gaining and retaining power takes up so much national headspace that we often forget about the power of vision.

In 2014 the United Progressive Alliance failed to articulate a vision, or no longer had one. The BJP has vision in spades.

It is of a Hindu chauvinist nation that privileges religion, reactionary cultural values, and national pride via material prosperity and loud Hindu cheering.

While many voters related to this and still do, many others flocked to its promises of development and no corruption, thinking that these could be cherrypicked from the larger vision.

Development mainly spends its time inspecting our underwear and censoring art, breathing down our data, lecturing us about lifestyles and morals, reducing education and media to propaganda, destroying the economy, glorifying anti-intellectualism, propping up shabby right-wing icons to erase established national figures, sacralising tradition and military to replace debate with nervous compliance, throwing individual rights under a homogeneous social bus, and forcing all this with legislation -- or force, if need be.

Some promises were insincere ploys; others, like jobs and economic growth, are unravelling scarily.

Corruption has disappeared only from the front pages of newspapers. Hatred and fake news run high. Disillusioned voters are now waking up to the toxicity of the BJP vision.

But the question is, understandably, Who else? There is no articulated alternative out there today, just shades of same-same.

Many regional parties hold their ground, but the only pan-Indian opposition party is stuck in the quicksand of public opinion as a dinosaur steered by a loser.

The BJP wiped any memory of any good the United Progressive Alliance government did, by relentlessly reminding us of its infuriating second-term record of inefficiency and corruption.

It so successfully mainstreamed a portrait of Congress vice-president Rahul Gandhi as a debauch and idiot that, between noise and peer pressure, it’s now uncool to point out that he is neither. (The BJP itself is aware that he is neither. When Rahul made a smart move recently by speaking to less brainwashed audiences and media in the US, and got positive press and social media feedback for it, the Indian government reacted by sending an army of spokespeople to television studios to freshen up the paint on the duffer-loser cut-out. If he’s a joke to them, it’s not a funny one.)

Today, social media is savaging the once unassailable prime minister and his pushy, incompetent government.

There has never been a greater opportunity, and need, for an Opposition to go on the offensive. Yet the Congress has failed to step up, and Rahul is still seen as a malingerer in political purgatory, mocked for his presence and pilloried for his absences.

If the party is to fight back, it has to rectify three great weaknesses: It needs to rethink, rebuild, and recommit to a coherent, articulate vision; find a leader who can and wants to lead with the energy of a start-up captain; and fix its crappy communications strategy. It cannot look like the Congress of 2013.

But forget the Congress. Whichever the party, whatever the coalition, whoever its head, India needs a viable opposition. Voters deserve one. Democracy requires one. We need an alternative that people want, not just an anti-vote.

As a citizen I know the vision I want to vote for. I want a party that overtly stands for the Constitution of India -- that emulsifier that holds together all our various differences and stands by each individual Indian.

Today, it’s just a piece of paper they use to swear in bigots. I want an Opposition that isn’t BJP Lite, which will make the Constitution its mission, and run a countrywide campaign to publicise it and remind Indians of their rights and responsibilities.

I want a party that will weave into every specific promise the democratic, egalitarian, just, humanistic, inclusive, pluralistic, secular values that we give to ourselves in that document.

I want a party that puts health, education, jobs, and law enforcement at the top of its agenda. A party that takes on corruption like it means it, builds itself through merit and expertise, thinks out of the box, and never forgets that it is in power to serve, not rule.

That party would stand strongly and clearly in opposition to what we’ve got now. 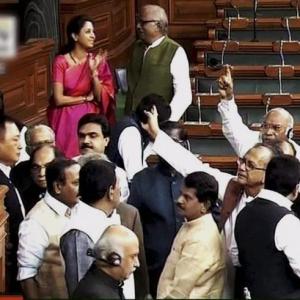 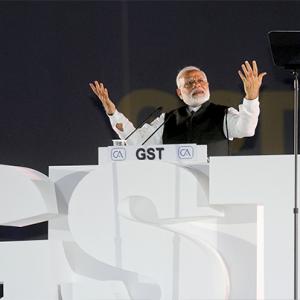