From NCTC to GST and from economic reforms to targeted subsidies/entitlements, the political need is leadership in Sardar Patel's mold that can engage, negotiate, build trust and confidence where possible, awe and overwhelm when necessary, feels Shashi Shekhar.

The proposed National Centre for Counter-Terrorism is as much a casualty of politics as it is a casualty of the central government's singular failure -- the inability to negotiate interests across stakeholders to forge a consensus.

It is bizarre that anyone in the UPA seriously thought that the mere mechanical act of circulating a memo would produce a consensus on the NCTC. It perhaps is a reflection of the deep cynicism underlying the political inertia within the UPA when it went about the mechanical act of holding a discussion on NCTC knowing fully well a breakthrough was unlikely.

Who in their right mind would expect a forum that is more about talking than any listening to produce a consensus of any sorts?

While it is true that there is little political interest within the UPA to pursue a consensus, it is also true that the UPA lacks leaders who can actually negotiate and produce a consensus.

The current impasse between the non-UPA ruled states and the UPA-ruled Centre calls for perhaps something more than a patient negotiator. It calls for a unique set of skills combined within a persona that inspires trust, awe and confidence.

Integrating the many princely states and provinces into the Indian Republic was perhaps the most complex consensus building act in the political history of modern India. Unlike the writing of the Constitution -- consensus in which to large effect was accomplished thanks to the legislative majority enjoyed by the Congress party in the Constituent Assembly -- the integration of the provinces was a different ball game.

It involved negotiating a diversity of interests across a plurality of stakeholders. With a variety of instruments at his disposal, ranging from pressure and diplomacy Sardar Patel's welding together a federation to be governed by the Republic holds many lessons for the current impasse between the states and the Centre.

While Patel's appeal to national interest in bringing around the princely states is well understood of particular interest is a statement made by him in the Constituent Assembly in October of 1949. The Sunday Indian Express in its edition of October 13, 1949 carried the statement at length.

In that statement, it is noteworthy that Patel went on to reinforce the case for integration by not just limiting himself to the political and moral aspects, but more specifically the economic benefits ranging from improved tax revenues to a massive boost to the treasury.

The unique skills employed by Patel in this task become clear in the same statement as he sought to make a case to the Constituent Assembly to accept the terms negotiated by him with the states and provinces.

From NCTC to GST and from economic reforms to targeted subsidies/entitlements the political need of the present times is leadership in Patel's mold that can engage, negotiate, build trust and confidence where possible, awe and overwhelm when necessary.

Much has been made of acceptability as the defining trait for triangulating on a future alternative to the Congress-led UPA. The reality of this much touted 'acceptability' is that it gets us the exact opposite of what the current impasse demands.

It will give us the least common denominator of all insecurities. It will produce an alternative that is least threatening to the status quo.

Such an alternative will have practically no political capital to spend on altering the status quo.

The minimum common path of 'acceptability' will not get us where we need to go to bring about the kind of reforms we urgently need. To get there, we will have to choose a path that is unpleasant to many.

We will have to first make a clear and decisive choice for without such a clear mandate, there will be no political capital to expend on complex issues.

This is a necessary precondition but barely sufficient as the UPA's second term has shown conclusively. The political capital earned from a clear if not decisive verdict in 2009 has been frittered away by a timid leadership within the UPA incapable of communicating with the nation at large to push across a complex agenda.

From the manner in which the UPA has also allowed itself to be steamrolled by apolitical actors ranging from Left Liberals to Lokpal activists there is yet another dimension to the leadership choice that needs to be made. It has to be a choice that is not easily overawed by pressure from vocal special interests.

Few politicians have mastered the art of turning an adverse political climate into an advantage by staking it all on an issue, turning it into a personal referendum. Those leaders whose appeal is largely sectarian try to get by making it about identity victimhood as we have routinely seen with caste-based parties or linguistic/sub-regional identity parties.

The more effective of these leaders are those who have been able to turn an issue around into a personal referendum by appealing to an entire state's identity. Little wonder that it is these leaders who have stood up to the pressure from vocal special interests far more effectively than others.

The current impasse between the states and Centre is partly the result of this dynamic. Mass leaders at the state level are pushing their agenda by expending well-earned political capital, turning key issues into a personal referendum while simultaneously appealing to a state-wide identity to push their case.

A government stripped of mass leaders of any consequence has thus been clueless about dealing with them.

Someone who can appeal to a national identity, carry its weight to the negotiation table to accommodate legitimate interests on his or her terms while at the same time overwhelming the unreasonable ones into submission with the weight of that same political capital.

The path to consensus on critical issues of national interest lies not in the timid pursuit of 'acceptability,' but in a bold return to mass politics as was once attempted by Sardar Patel.

lies the difference between an 'acceptable leadership' that is incapable of delivering on anything tangible and a 'mass leadership' with the ability to push through and deliver on a complex agenda. 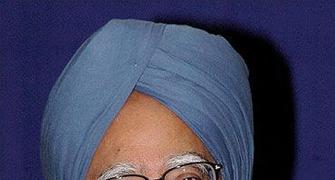 Allies will be consulted on 'tough' decisions: PM 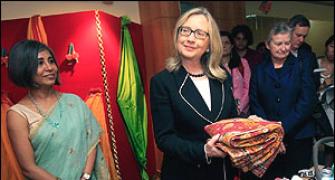 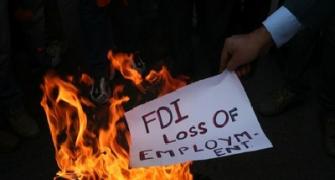 Was India too timid to manage to FDI issues?

Toothless NCTC: Blame it on Chidambaram