Why Girish Karnad is wrong 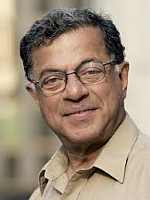 Karnad's invective is not a fact based logical rebuttal of Naipaul's ideological variance. It lacks the grace or elements of an intellectual discourse, says Vivek Gumaste.

Girish Karnad's vitriolic diatribe against writer V S Naipaul at the Mumbai Lit Fest that honoured the Indian origin Nobel Laureate with a Lifetime Achievement Award is a tad different from his more recent broadside against the poet laureate Rabindranath Tagore.

His criticism of Tagore carries a more acceptable literary nuance but his attack on Naipaul stands out as a classic example of an intellectual antithesis, everything that a congregation of learned literati is supposed to negate: an emotional outburst that is an unbridled catharsis of one's own petulant prejudices masked by the façade of a dubious variant of secularism; a rant that answers to no rationale, subscribes to a narrow and pedestrian interpretation of history and deliberately misleads by discrediting legitimate references.

Karnad's animosity towards Naipaul stems from what he perceives as Naipaul's 'rabid antipathy of the Indian Muslim' and his depiction of Muslim invaders as plunderers. Expressing his displeasure at Naipaul's felicitation, Karnad queries: "But do they mean to valorise Naipaul's stand that Indian Muslims are raiders and marauders?"

First let us be clear about one thing: Naipaul's offensive characterisation refers to Muslim invaders of yore and not present day Indian Muslims. Second, Naipaul is not an outlier when it comes to such an assessment. Brutalities perpetrated by Muslim armies have been corroborated by distinguished world historians.

William James Durrant (1885-1981) an American writer, historian and philosopher concurs. In his 11 volume magnum opus, The Story of Civilization that spans over 10,000 pages and is a premier work of history, he categorically states that the Muslim conquest of India is "probably the bloodiest story in history."

Next, Karnad expounds a bizarre theory: dearth of reference to Indian music in Naipaul's writing as proof of his insensitivity to Hindu-Muslim interaction: "there is not a single word in any of them on Indian music. And I believe that if you cannot respond to music, you cannot understand India. Music is the defining art form of the Indian identity. Naipaul's silence on the subject when he is exploring the whole of modern Indian culture suggests to me that he is tone deaf -- which in turn explains his insensitivity to the intricate interweaving of Hindu and Muslim creativities"

Let us be realistic. True, music does play an important part in our lives but to consider music as the sum total of Indian identity is to push the boundaries of creative imagination a bit too far. That Muslims have made an extraordinary contribution to Indian fine art especially music is undeniable. However, that assertion begets the question: can benevolence in one area be a reason to overlook an atrocity in another? Can we invoke the mellifluous lyrics infused into our daily lives to condone the vandalism of Muslim invaders, to justify the widespread desecration of Hindu temples and to ignore the large scale butchery of non-Muslims? The answer has to be in the negative.

We need to move beyond a primary grade interpretation of history wherein everyone and everybody fits snugly into rigid water-tight boxes marked black and white to a mature and realistic perception of past events: the ability to appreciate shades of gray. History needs to be evaluated in toto: warts and all. It cannot be reduced to a selective extraction of information manipulated to conform to one's pet theories or emotional inclinations. Let us offer bouquets where it is deserved and brickbats where warranted.

Karnad is dismissive about Naipaul's depiction of the Vijayanagar as a Hindu bastion that was felled by a conspiracy of Muslim kingdoms attributing his conclusion to a simplistic inference from a faulty source: "But again he gets this interpretation of the history of Vijayanagar readymade from a book by Robert Sewell called A Forgotten Empire, published in 1900. Naipaul simply accepts this picture as the unadorned truth and recycles it wholesale as his own."

But is Girish Karnad's contention valid? Certainly not. Sewell's A Forgotten Empire is a seminal piece of work that spans 427 pages (Asian Educational Services. New Delhi. 2007) and draws its information from the original writings of Portuguese travelers Fernao Nuniz and Domingo Paes who visited Vijayanagar in the 1500s and the Indian Muslim historian of those times, Firishtah. Written in 1900 it lacks the ideological tug of modern India.

Sewell's account of the pillage of Vijayanagar is graphic: "The victorious Mussulmans had reached the capital, and from that time forward for a space of five months Vijayanagar knew no rest. They slaughtered the people without mercy, broke down the temples and palaces. They demolished the statues, and even succeeded in breaking the limbs of the huge Narasimha monolith and smashed its exquisite stone sculptures. With fire and sword, with crowbars and axes, they carried on day after day their work of destruction. Never perhaps in the history of the world has such havoc been wrought, and wrought so suddenly, on so splendid a city; teeming with a wealthy and industrious population in the full plenitude of prosperity one day, and on the next seized, pillaged, and reduced to ruins, amid scenes of savage massacre and horrors beggaring description. (p 207).

Finally in a blatant personal attack Karnad paints Naipaul as a fraud who writes essays after skimming through 'third hand truncated translations' and a man consumed by petty vindictiveness.

All in all Karnad's invective is not a fact based logical rebuttal of Naipaul's ideological variance. It lacks the grace or elements of an intellectual discourse. Frankly speaking, it is an argumentum ad hominem. 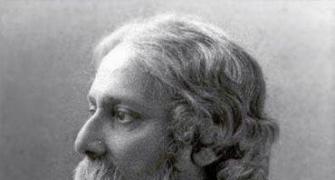 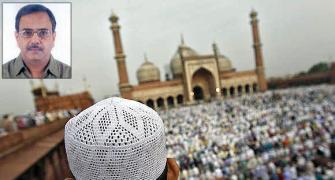 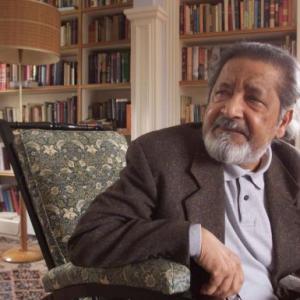 I waited for 10 years to speak up against Naipaul: Karnad 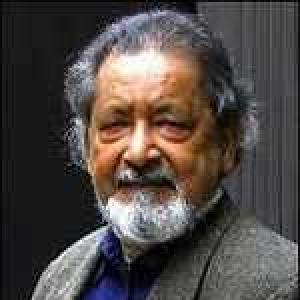