News
Business
Movies
Sports
Cricket
Get Ahead
Money Tips
Shopping
Sign in  |  Create a Rediffmail account
Rediff.com  » News » Why do Modi and his Mantris Mock Science?

Hyperbole by our ministers and a few saffronised scientists not only defames Newton and Einstein, but also mocks ancient India's achievements in mathematics, medicine and natural science, says Utkarsh Mishra.
Illustration: Uttam Ghosh/Rediff.com 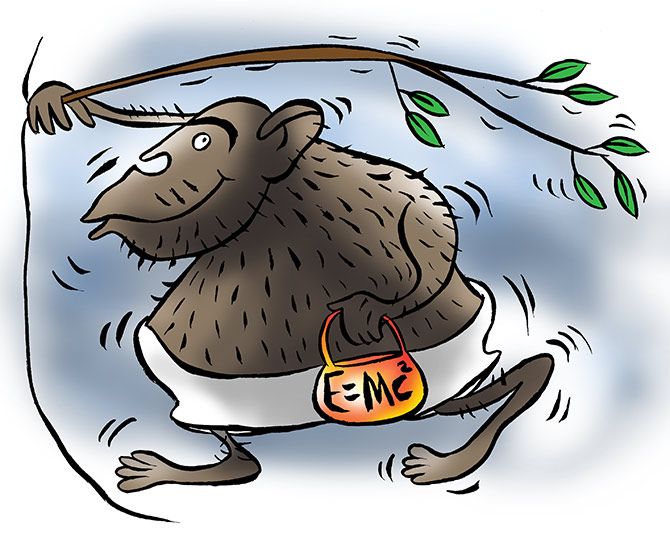 While those of us who take the Fundamental Duty of 'developing a scientific temper' -- enshrined in the Constitution -- seriously were still recovering from Union Minister Satyapal Singh's onslaught on Charles Darwin, another Union minister, Dr Harsh Vardhan -- a qualified doctor -- aired a baseless remark at the Indian Science Congress in Imphal.

Remembering Stephen Hawking, Dr Vardhan declared, 'Each and every custom and ritual of Hinduism is steeped in science; every modern Indian achievement is a continuation of our ancient scientific achievement. Even Stephen Hawking said, our Vedas might have a theory superior to Einstein's law (sic) E=mc^2.'

Though this is not the first time that such a huge claim about ancient Indian science has been made at the Indian Science Congress, Dr Vardhan took it a little too far by co-opting 'each and every ritual and custom' into the realm of science.

When asked about the source of his information, he told reporters to discover it for themselves.

It later turned out that perhaps the claim was originally made by some pro-Hindutva Facebook page.

A little digging revealed that Dr Vardhan's ignorance apart, he knew nothing about Professor Hawking or the nature of his work. Because those who do will never believe that the venerable astrophysicist could have said anything like this.

A paper presented at an Indian Science Congress in 2015 claimed that Indians had discovered airplanes in the Vedic era.

It didn't stop just at that. According to the paper, the ancient aircraft was better than modern ones, because not only were the planes huge and could fly to another planet, they could also fly backwards and sideways, unlike their modern counterparts!

It prompted the Indian-born Nobel Laureate Venkatraman Ramakrishnan to remark that 'the Indian Science Congress is a circus', vowing he would never attend one again.

To be fair, one may accept that the idea of a flying object that could carry human beings may have existed at that time, but to claim that the technology to this effect was also available is a very tall claim to make.

Leonardo Da Vinci had made designs of something like a helicopter. But despite his phenomenal imagination, he could not create a flying machine as it requires an engine to lift the aircraft into air.

Rocket engines used for spacecraft propulsion are way more powerful. So did ancient Indians also have powerful engines and solid and liquid propellants?

How can such a 'research paper' making such outlandish claims be considered worthy enough to be presented at the Indian Science Congress?

Despite a formidable protest from the scientific community that the design contained in the paper was unscientific, it was allowed to be presented.

A year earlier, Prime Minister Narendra D Modi, speaking at a gathering of doctors in Mumbai, claimed that Lord Ganesha's head was joined with the help of 'plastic surgery' and the birth of Karna in Mahabharata shows that ancient Indians knew about 'genetic engineering'.

To be fair to the PM, the Mahabharata does contain verses to the effect that Gandhari, the queen of Hastinapur, had delivered a ball of flesh after two years of gestation.

When sage Vyasa, also the author of the Mahabharata, came to know of it, he 'sprinkled cold water on it and divided the ball of flesh into 100 equal parts'.

Each part was placed in a pot filled with ghee. 'After two years, each of the 100 Kauravas were born out of those pots'.

This sequence is quoted by people as 'proof' that ancient Indians knew of IVF.

But this is not how 'test tube babies' are born today. A fertilised egg has to be placed in a woman's uterus in order to establish a successful pregnancy. Foetuses just don't grow in a pot, but who is to tell the believers!

At best, it can be treated as science fiction where an author may ideate a futuristic technology without knowing what it would be like if it did become a reality. But the author cannot be credited with the discovery of such technology as and when it happens.

Such hyperbole by our ministers and a few saffronised scientists not only unfairly defames scientists like Isaac Newton or Albert Einstein who spent their lifetime pursuing a concept, but also mocks ancient India's achievements in mathematics, medicine and natural science.

Post the 'Vedic aircraft' controversy, Dr Jayant V Narlikar, the noted astrophysicist, remarked that many Western scientists recognise India's contribution in mathematics and other sciences, but if people make such baseless claims about ancient India, then the West would stop taking us seriously.

He did not suggest that Newton 'copied' Aryabhata's work; and what he said was not wrong.

Perhaps the only surviving work of Aryabhata, known as Aryabhatiya, does contain calculations of astronomical time, description of the earth's rotation and its consequences (gravity being one), and correctly explains solar and lunar eclipses despite using a geocentric model of the solar system, -- keeping the earth, and not the sun at the centre of the solar system.

Aryabhata was not a religious guru. In fact, what he suggested was very much in contradiction to the prevailing beliefs about the cause of solar and lunar eclipses at that time; much like what Galileo did in Europe much later.

But certainly those ideas cannot be held superior to Einstein's precise mathematical calculations.

So if our political leaders, mainly those of the Hindu nationalist fold, continue to make such huge claims at international fora, they will only elicit responses like P Sainath -- one of India's finest contemporary journalists -- made while speaking at the Niti Samvaad at St Xavier's college, Mumbai, last month.

Reacting to Minister Satyapal Singh's comments challenging Darwin's theory of evolution, Sainath quipped, 'I grant that he is irrefutably right on one thing, that none of us has actually seen an ape turn into a man. But we are privileged in our time to witness ministers of the government attempt the reverse process, with some degree of success.' 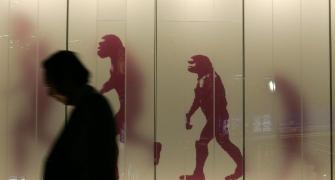 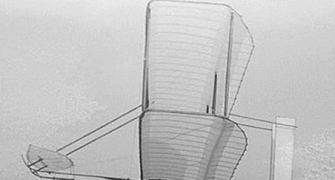 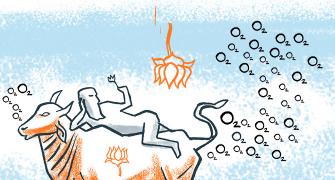 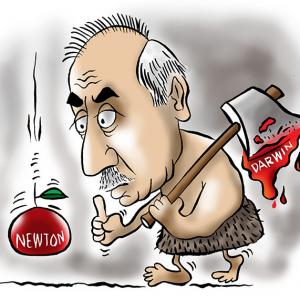