Unless Indians learn to speak freely and fearlessly, 'true greatness will elude this nation, no matter how brilliant the individual at the helm may be,' says Aakar Patel.
Illustration: Dominic Xavier/Rediff.com 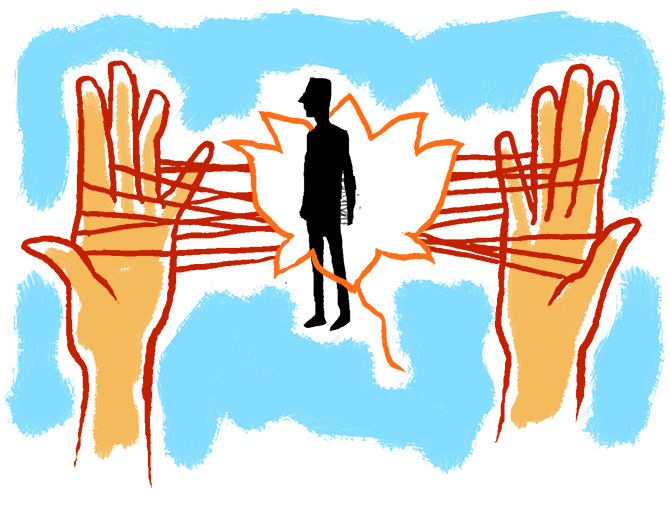 If you ask Indians what sort of India they want, almost all will say they want a powerful and prosperous one.

The most powerful nation in the world is the United States of America, which is also one of the most prosperous. It has an economy 10 times the size of India's and it has one fourth the population.

This means that in terms of Gross Domestic Product, it is 40 times India's size per person.

We want to be a nation like the United States of America, which is rich, large, militarily powerful and feared and respected by the whole world.

There is another type of powerful nation which is China. It is also rich (China's economy is six times bigger than India's) and strong militarily.

What is the difference between the power of these two nations? I think that comes down to another question: Who and what makes the country powerful?

In India, the assumption is that it is the government. It is a strong leader like the current prime minister who will produce something special with his genius. He will do the work that is required to transform India.

I have known Narendra Damodardas Modi personally for many years and I can say that he himself also believes that.

China has more or less followed the same philosophy of the government taking the lead. It is undeniably true that the Chinese people are very talented and extremely hardworking and if you go the nations of Southeast Asia, like Thailand, Malaysia and Singapore and to places like the western United States, you will notice this quality in the Chinese immigrants.

But it has been the Communist government and one-man rule that has led the way to their modern strength.

In many ways, however, this has been a limited strength. The lack of freedom has meant that China is not particularly inventive. And this will ultimately stop it from matching America.

The first amendment of the American constitution was written 227 years ago. It says that the government can make no law that restricts free speech.

If you are wondering what that means, it means that one can say the most hateful and vulgar things in the United States without fear of being called anti-national or urban Naxal.

Modern pornography comes out of magazines like Playboy and Penthouse which were taken to court for obscenity and won the cases because of the First Amendment.

US governments continued to write laws restricting free speech, but their courts continued to uphold the rights of the speaker, even when the speech was disliked or rabid or vulgar.

It is this freedom that has in large part produced American greatness. Indeed, across the history of what is called the Western world, the emphasis has been on individual freedoms and the right to defy authority and society intellectually.

It goes back to the beginning and the ancient Greeks (called Yunani or Yavana in India). Socrates was sentenced to death about 2,400 years ago because he refused to accept the Athenian form of government.

But he was already very old at the time that he was sentenced, showing that for decades he was tolerated in Athens.

Aristotle and Plato produced theories that rejected the gods as the Greeks knew them but they were not only allowed to work, but were revered for their original thinking and their defiance.

If there is a period when the Western world saw decline it is the period in which free thinking was curbed, as it is being in India today. This period is called the Middle Ages. A mix of feudalism, illiteracy and the church produced this period of decay.

In this same period, the Islamic kingdoms in Baghdad and southern Spain valued learning and free speech and they became great powers.

The history of man has usually supported the American form of a nation's rise to greatness rather than the Chinese form. It is freedom that produce greatness and not uniformity.

The levels of tolerance are low both from the government and society on many things.

Unfortunately, we have not had much support from our courts as the Americans have had. And so there has not been much resistance to the suppression of free speech.

This is why most Indians today believe that it is not only wrong to say certain things, but also that there should be no right to say them.

Till we continue to go down that path, true greatness will elude this nation, no matter how brilliant the individual at the helm may be. 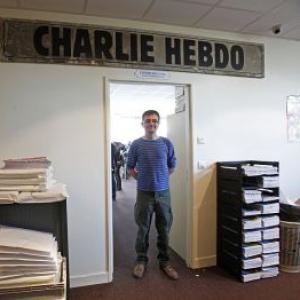