News
Business
Movies
Sports
Cricket
Get Ahead
Money Tips
Shopping
Sign in  |  Create a Rediffmail account
Rediff.com  » News » What a monster Steve Jobs could be! 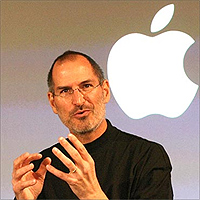 Are the great always good?

Few of his associates would use the adjective 'good' for Steve Jobs.

The circuitry and the code that runs an individual is more complex than that which runs a computer.

The world, feels B S Prakash, would be a duller place if it were not so.

Brought up in the classical Indian tradition, I have instinctively identified the Great with the Good. This comes naturally to us. The word 'mahan' denoting greatness is generally used with a sense of awe and approbation reaching its apex in a word like Mahatma.

Look at some others who we regard as 'great' in recent history, not to speak of figures such as Buddha or Ashoka or Akbar: Tagore and Nehru, and more contemporaneously J R D Tata, A P J Abdul Kalam, Amartya Sen, Sachin Tendulkar, Lata Mangeshkar. Varied forms of greatness but apart from their accomplishments which make them 'great', we also tend to regard them as 'righteous'.

But are there great people who are not necessarily unalloyed good? Certainly. Think of Dhirubhai Ambani or controversially, Indira Gandhi. Complex personalities to say the least.

These thoughts ran through my mind as I tried to fathom the personality of Steve Jobs after reading the mammoth 630-page biography by Walter Isaacson, currently a best-seller.

That Steve Jobs is 'Great' need not be argued today, I believe. The tributes paid to him after his recent untimely death from presidents of countries to CEOs of corporations were unambiguous in recognising his greatness.

His creativity and innovation were compared to that of Edison and Henry Ford, whose products changed history. It was said that he was similarly a transforming figure of the last four decades, and implicit in this was the recognition that technology itself has been a defining feature of the way the world has changed, at least the developed world -- and developing countries like ours too have today a substantial 'developed' world within it.

Much of this acclaim is deserved. Steve Jobs in his relatively short life of 56 years revolutionised at least six industries that are intrinsic to our lives -- at least, our modern middle class lives -- personal computers, music, phones, tablets, movies, and marketing. He changed the ways we use them fundamentally and in the process made Apple, one of the most valued companies in the world.

As Walter Isaacson shows, Jobs self-consciously stood at the intersection of art and technology and combined engineering and aesthetics of a high order. The products that he brought out, the Mac personal computer, the iPod, the iPhone and recently the iPad combined stunning design, simplicity of form and function, beauty of the object and elegance in operation.

Yes, he was indubitably great, not only in the material world of products and gadgets, but in terms of ideas and aesthetics as well. And yet what a monster he could be.

Steve Jobs' traits and his reclusive nature had been known for a long time. His fans, and I confess to being one, also knew about some unusual aspects of his life: Being abandoned by his natural parents, growing up in Silicon Valley as an adopted child, dropping out of college and spending two years in India in a spiritual quest in the mid-seventies, his interest in Zen Buddhism, and his vegetarianism.

But what Isaacson does is to reveal the temper, tantrums, mean-spiritedness and overall unpleasantness in the personality of someone gifted with so much talent and intelligence. Here are some aspects.

Jobs built Apple, a great company with a great team, but was the biggest bully-boss possible. Like other super achievers, he did not suffer fools, but that is normal in the fierce and competitive world of Silicon Valley companies. But he could be contemptuous and dismissive towards his most valued colleagues as well.

His favourite descriptions of those he held in disdain or disagreed with were 'asshole' or 'shithead' and this was even said to their face.

'He is a bozo', meaning an empty head or a simpleton was another favourite expression and he said this among others about Bill Gates! It was not only his temper and verbal abuse that were terrible; he could be manipulative, destructive and was, above all, a control freak.

He had constant fights with friends, colleagues, superiors and subordinates and was hostile to legendary companies like Google or Microsoft. And yet he commanded great loyalty among a small group, recognised and recruited valued talent and built teams which came up with amazing products.

What I find amazing about the Isaacson book which has plenty of stories about this complex and turbulent personality is that it was encouraged and written at the request of Jobs himself.

Normally a private and secretive person, towards the last stage of his life in 2004 when Jobs knew that he had only a few years left, he gave Isaacson complete access to write about his life without any control or conditions.

This has resulted in a truly fascinating biography that is no hagiography, full of unflattering images of the subject but portrayed with Job's knowledge that he would emerge thus.

Why was Jobs such a difficult person? Issacson attributes it to his intensity and obsessive nature. Jobs had a vision of a product and was completely intense and inflexible in bringing it out exactly so.

'The finish on a piece of metal, the curve of the head of a screw, the shade of a blue on a packaging box...' any of this was enough to set off a rant or a tirade, if it did not meet his exacting standards. He had a binary view of the world: Something was 'insanely great' or 'total crap'; colleagues were super-heroes or dumb-bozos and sometimes the same person got both appellations.

Those interested in technology will also relish the theory that Job's orientation towards total control made him an advocate of total integration of software and hardware and consequently an enemy of the 'open source'.

Even the battery in an iPhone or an iPad is hidden and can only be changed by an expert! Just as Apple products are a package -- hardware, software, iTunes, all working together -- Jobs also came all bundled: Closed, intense, uncompromising. Curiously, Jobs was interested in Zen Buddhism, but he could never cultivate the Zen-like qualities of inner calmness.

A comparison with the other IT titans of our generation, Bill Gates is instructive. Gates founded another great company Microsoft, developed Windows which runs on most computers, irrespective of which make, and became the richest man in the world for some years.

In the last decade he has steadily involved himself in solving the larger problems of the world such as health and education. He has stepped away from the company he founded, given away a lot of his wealth, and is today interested in public good in the best sense of the term.

Jobs never ostensibly helped public causes, hated to move away from being in control and was paranoid about other companies running on his ideas. Despite all their intense competition, Gates respected some qualities in Steve Jobs. True to his character, Jobs less so.

So to come back to the original question, are the great always good? Few of his associates would use the adjective 'good' for Jobs. What can one say? The Mahabharata or Shakespeare teaches us that each character is unique: Heroes come imbued with tragic flaws.

The circuitry and the code that runs an individual is more complex than that which runs a computer. The world would be a duller place if it were not so.

B S Prakash is the Indian Ambassador to Brazil and can be reached at ambassador@indianembassy.org.br

You can read more columns by Ambassador B S Prakash here. 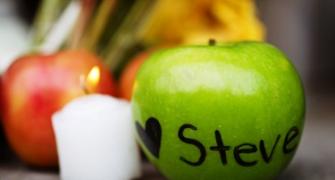 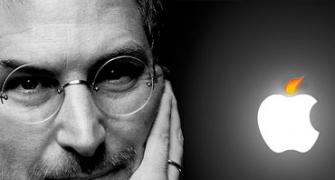 10 reasons why we will never forget Steve Jobs 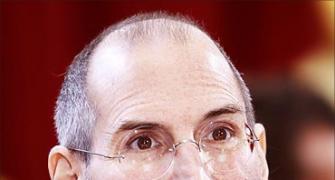 Steve Jobs: The monk who left India to make i-Products 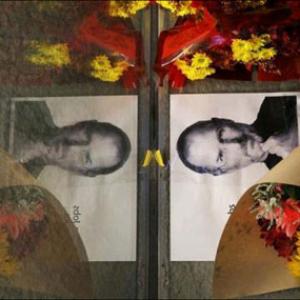 Tears and tributes for Steve Jobs