'Eight years of what Obama had achieved can be wiped out during the Trump administration,' fears Aseem Chhabra, who worries about his country under'an arrogant bully, who whipped up the worst out of his followers.' 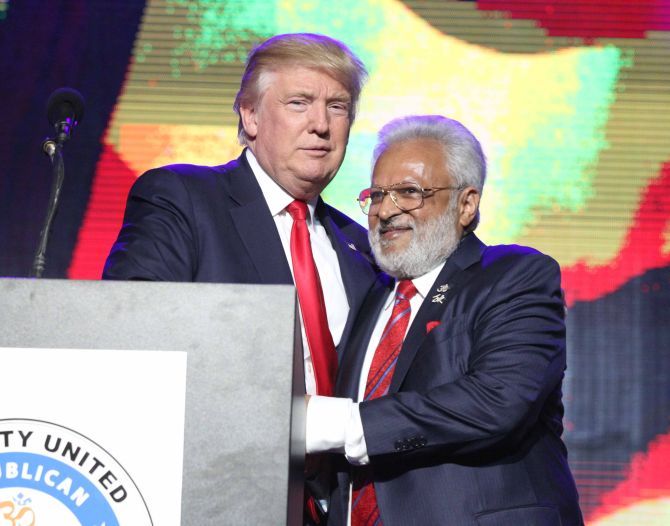 This was not just an election between the Republican Party and the Democratic Party.

It was an election between a qualified woman who knows a lot about how government works, plus she has dedicated her life to public service, and on the other hand an arrogant bully, who whipped up the worst out of his followers.

Eight years ago the right wing fringe of the Republican party produced the Tea Party group who could not tolerate a black man becoming the president of the country. They often said so and also stuck to the themes that Barack Obama was a closet Muslim who was not born in the US.

They continued their push for eight years and eventually found hope in Donald Trump, a brash, reality TV star and an outsider.

Trump was loud and the most entertaining among the Republicans contesting in the primaries. It was A fun show for the Republicans to watch Trump shout down his competitors, often being offensive towards important Republican candidates like Jeb Bush and Ted Cruz.

But Trump spoke the language that many other Americans -- mostly white Americans wanted to hear. His anti-immigrant rhetoric, attacking Mexicans as rapists and criminals, Muslims as terrorists was the kind of talk these people embraced.

Many senior Republicans were taken aback by his bold politically incorrect statements, but they let the show play out and watched it from the sidelines.

By the time Trump was declared his party's nominee, the Democrats were in shock but equally amused.

Polls after polls gave Hillary Clinton a massive lead in the elections. The Democrats were confident that there was no way America would vote for a man who spoke words of hate, bigotry and reflected misogyny of the worst kind.

A lot of was also going wrong for Clinton. She carried the baggage of the ethical concerns about using a private server to send out emails when she was secretary of state. That ethical issue emerged again a week plus ago.

And even though this past weekend FBI Director James Comey said he would not pursue any legal charges against Clinton, a lot of harm was already done.

It did not help that a few months ago Clinton dismissed half of Trump's supporters as deplorable. She retracted her statement and issued an apology. But again the damage was done.

Clinton also represented eight years of all the good that the Obama administration had achieved -- in areas of health care reform, women's rights, LGBT rights, and other social and domestic issues. Liberals celebrated these achievements and they were often backed by the US Supreme Court.

Now all of that is up in the air.

Eight years of what Obama had achieved can be wiped out during the Trump administration. It will happen slowly, starting with Trump appointing a conservative to the Supreme Court for the seat left empty by Justice Antonin Scalia's unexpected death.

I fear a lot will be lost in the Trump presidency.

Will Donald Trump become the president of all Americans? He said he will.

But this is the man who made fun of a handicapped reporter.

This is the man who said some of the most vile things about women, including his daughter.

This is the man who has been accused by several women of sexual assaults and unwanted advances.

Trump's victory is solid and he should be congratulated for the win. But Trump also divided America. The kind of rhetoric he used during his campaign cannot be forgotten.

While he got strong support from white male voters, he received lesser backing from college educated women, young people, African Americans, Latinos and other progressive forces in the US.

Until now the man elected as the president of the US has only shown that he is rude, angry, offensive, divisive and unpleasant.

He frightened many people during his campaign -- women, Muslims, kids, gays, lesbians and immigrants who imagined the worst sort of scenarios.

How will he win over those people?

Will he apologise for all the wrong he did to America to ensure his victory?

In his acceptance speech Trump asked all Republicans and Democrats to unite as Americans. But his actions in the next four years will speak more of what he will do.

So far during his campaign he has shown little tendency to express remorse and unite America.

We will see what tomorrow brings. 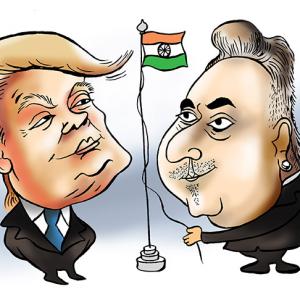