We allowed her to rot daily. We simply did not care. Soon she will be forgotten and the stories of the nurses who cared for her will become an urban Mumbai legend, says Neeta Kolhatkar.

Honestly, each of us killed the beautiful lady whose dreams and life were left crippled in 1973. This country's indifference and hypocrisy killed her every single day of the 42 years we forced her to live in a vegetative state.

Sohanlal Valmiki, a ward boy at Mumbai's King Edward Memorial Hospital, sexually assaulted and brutally attacked Shanbaug, who worked as a nurse there in 1973. As a result of the attack she was left in a permanent coma. There should have been strong protests against the hospital authorities and the government in power at the time. Instead, we saw an administration portray to the whole world that they are taking care of the nurse.

I am sure the nurses will get an award for love and caretaking, thereby taking nursing to another level. But let us face the reality, what did we achieve keeping her alive in a vegetative state for 42 years? Not that all benchmarks of hygiene and personal care were ensured. Worse, the lack of security was alarming.

With 'influence,' anybody could into the special room where Shanbaug was housed. Worse, the rapist, who should be serving a life term, walked into the ward while his case was being heard in the Supreme Court, to 'check on her.'

I do not know what is more chilling. The complete indifference, apathy because she was a nurse or that we as a nation did not demand the death penalty against the perpetrator. Did we let Shanbaug, a nurse from a poor family in Dharwad, Karnataka, live to prove a point?

I admire her biographer Pinkie Virani who had the guts to question why she was kept alive. Virani's passive euthanasia plea was questioned by many who asked how anyone can decide on the death of another human?

I wish the 2012 French film Amour had been made then. This is a film that everyone interested in the euthanasia debate needs to watch intently. Would I let the person I love the most go through hell every single day just to prove to the world I care?

When you see a vibrant, lively person become lifeless and listless you may be compelled to take the most drastic step. Love and respect all vanishes and you begin to pity. That is the film's message.

Did Aruna Shanbaug deserve this life that killed her every minute? There were some who had genuinely pinned their hopes on the euthanasia case. If a court can decide on a death penalty of criminals or reject mercy pleas, then the court owes it to give a respectable death to those in a irreversible coma. It is time we became a rational and scientific society and stop believing in magic and miracles.

Soon she will be forgotten and the stories of the nurses who cared for her will become an urban Mumbai legend.

Image: A nurses at the KEM hospital pays tribute to Aruna Shanbaug on her birthday, June 1. 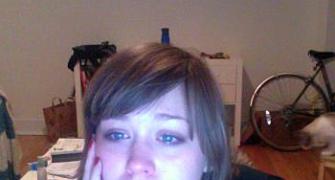 How not to get puffy eyes! 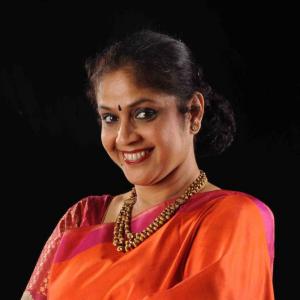 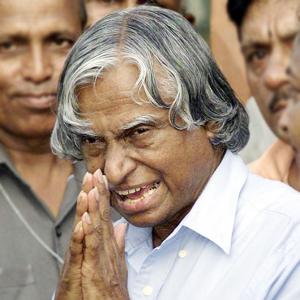