Was air strike a clear victory for India?

'Though the prime minister has talked somewhat needlessly of pilot projects and the real stuff to come, India cannot be sure of a clean victory in any full-fledged conflict -- even if there is reason to engage in such,' points out T N Ninan. 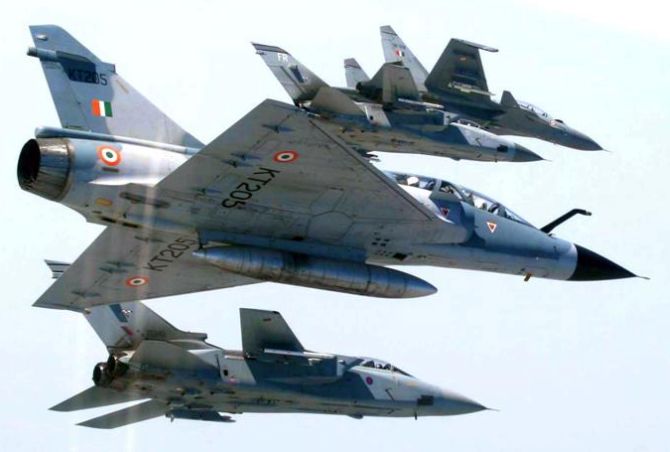 Perhaps the biggest positive takeaway from the military action over the last few days is the evidence of India's new diplomatic heft.

People old enough to remember earlier conflict situations will recall how no non-aligned country spoke up for India during the wars of the 1960s -- though India had been a co-founder and leader of the non-aligned movement.

Even in 1971, it was principally the Soviet Union that stood by India, as it had done more than once by using its veto in the UN Security Council.

In comparison, today India enjoys the support of not just the leading western powers but also of middling powers like Australia, friendly engagement with Russia, and most remarkably some helpful intervention by Arab countries.

To have the external affairs minister speak as a guest of honour at the Organisation of Islamic Cooperation, even as the Pakistan foreign minister feels obliged to boycott it in protest, is something that few would have predicted.

The change in the diplomatic situation began with Bill Clinton and Kargil in 1999, and has to be credited to the sustained diplomacy of successive governments and prime ministers, including the present one; India's increasing importance as a market; and changed perceptions about Pakistan as 'an international migraine', to quote a former US secretary of state.

Husain Haqqani, the former Pakistan ambassador to the US, had to point out the uncomfortable truth to Islamabad that not one country had spoken out in its favour after India sent in its Mirages.

The biggest negative takeaway has to be the news-distorting nationalism of ratings-hungry television news channels, with bellicose anchors screaming war from the safety of their studios while the wives of fallen soldiers pleaded for dialogue and peace--and got trolled for their pains.

It is an old dictum that one should not fall prey to one's own propaganda, and it must be hoped that those in charge of national security and international relations have cooler heads than those venting on talk shows.

It would be as well to remember the pressure that news television mounted on the Vajpayee government to yield to the Kandahar hijackers, leading to the freeing of (among others) the leader of the Jaish-e-Mohammed. The country is paying for that today.

The truth about the military engagement over two days is that it was not a clear victory for India.

The Modi government has taken a step forward by putting in place a more aggressive response to cross-border terrorism, and by striking targets in Pakistan, but the country has also lost a fighter plane.

Though the prime minister has talked somewhat needlessly of pilot projects and the real stuff to come, India cannot be sure of a clean victory in any full-fledged conflict -- even if there is reason to engage in such.

Indeed, the loss of the MiG-21 raises the inevitable question why the air force still has to fly such dated aircraft, putting both planes and pilots at risk.

The failure to equip the armed forces with contemporary weapons in sufficient numbers, such as to offer a demonstrable deterrent, points to the hard fact that defence budgets (especially for weapons acquisition) have been squeezed for years together.

The finance minister rightly asked why India should not do what the Americans did by taking out Osama bin Laden.

The only reason why not, is the difference in capabilities.

That is what needs to be addressed.

There is one other domestic issue to consider: Is the policy on Jammu and Kashmir working? The figures show escalating violence and killings, while field reports talk of growing alienation in the Kashmir valley.

The unusual experiment with a coalition government comprising polar opposites did not last, and the state is under President's rule.

Terrorism in the state would not continue if it had no domestic roots.

Ignoring this reality is not going to achieve anything.

Instead, matters could get worse -- especially if there are more episodes of Kashmiri students and workers being driven out of other parts of the country.

The Kashmir problem cannot be ended without winning over the Kashmiri. 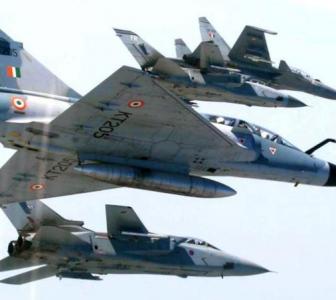