The American, Russian and Chinese reactions to the Uri attack indicates how tough it will be for India to 'isolate' Pakistan internationally,' says Ambassador M K Bhadrakumar. 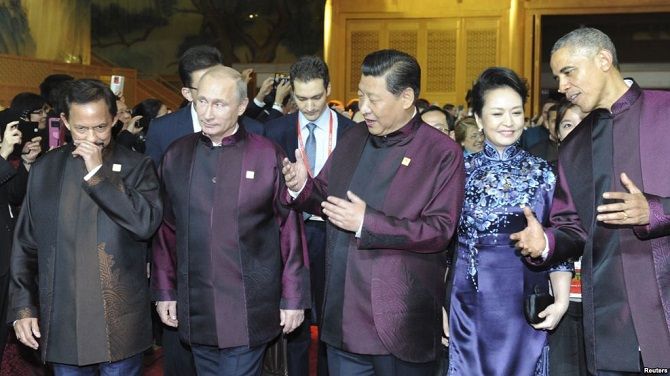 The official reaction by three big powers -- the United States, Russia and China -- to the terrorist attack on the Indian Army base in Uri on Sunday becomes a sample test of New Delhi's bid to 'isolate' Pakistan internationally.

The US State Department spokesman issued the following statement:

'The United States strongly condemns the terrorist attack on an Indian army base in Kashmir during the early morning of September 18. We extend our condolences to the victims and their families. The United States is committed to our strong partnership with the Indian government to combat terrorism.'

'We strongly condemn the terrorist attack against an army base in Jammu and Kashmir's Uri in the early hours of September 18, which killed 17 and injured 30 service personnel. We offer our condolences to the families of the victims and wish a rapid recovery to all those injured.'

'Regarding the Pathankot Indian air base attack in January 2016, we are very concerned about the terrorist attacks near the Line of Control. We are also concerned about the fact that, according to New Delhi, the army base near Uri was attacked from Pakistani territory.'

'We believe that this criminal act will be investigated properly, and that its organisers and perpetrators will be held accountable.'

'We confirm our continued support for the Indian government's counterterrorism efforts.'

The Chinese foreign ministry spokesman made the following remarks in response to a query at a routine media briefing in Beijing:

'We have noted relevant reports. We are shocked by this attack and express our deep sympathy and condolences to the bereaved families and the injured. China firmly opposes and strongly condemns all forms of terrorism. We are concerned about such rising temperature surrounding the Kashmir region, and hope that all relevant parties can resolve differences through dialogue and consultation, enhance counter-terrorism cooperation and jointly maintain peace and security of the region.'

All three statements took note of the attack in Uri as an act of terrorism and strongly condemned it.

The Russian statement made it a point to acknowledge Indian reports that the attack emanated from across the Pakistan border, while the statements by Washington and Beijing completely ignored that aspect.

Significantly, all three statements took note that the incident took place in 'Kashmir.'

The Chinese statement explicitly related the incident to the 'rising temperature surrounding the Kashmir region' over which it expressed concern. It is a worrisome reference, especially taking into account the current tensions in Sino-Indian relations.

Unsurprisingly, the Russian statement was the most supportive. However, the bottom line is that none of the above statements even remotely finger-pointed at Pakistan.

US President Barack Obama is meeting with Pakistani Prime Minister Nawaz Sharif in New York, which only underscores at the very minimum that the US will continue to remain constructively engaged with Pakistan.

In a series of remarks through recent weeks, the US State Department also carefully differentiated Washington's stance from the Indian positions on issues such as the situation in Jammu and Kashmir, India-Pakistan tensions, Baluchistan, etc.

Interestingly, Russia sees no reason to call off the scheduled military exercises with Pakistan -- the first-ever such exercises between the two countries -- for a period of two weeks starting September 24.

By the way, the exercises, code-named 'Friendship 2016' is due to be held in the province of Khyber-Paktunkhwa and in Gilgit-Baltistan.

The Narendra Modi government's decision in the past year or so to expand the scope of the Indian claim on Kashmir to also include Gilgit-Baltistan as an integral part of our country does not appear to perturb Russia. (Do we make a demarche to the Russians, as we do with the Chinese?)

Military exercises testify to the quality of inter-State relationships. It is easy to exaggerate their political significance, but then, their symbolism cannot be overlooked, either.

Most certainly, the forthcoming Russian-Pakistani exercises flag the rapid 'thaw' in the ties between the two countries, and signify a mutual affirmation of common concerns over regional security.

As a matter of fact, the Russian news agency Sputnik carried two reports recently on the negotiations on the sale of Russian Su-35, Su-37 jets to Pakistan. In a related report, Sputnik also disclosed that the first delivery of the deal for supply of 24 Su-35 jets to China will take place within this year.

The bottom line is that when Russia is willing to consider selling to Pakistan its top-of-the-line Su-35 fighter jets, there is no way it will be party to a campaign to 'isolate' Pakistan.

Nor will China be willing to isolate its 'all-weather' friend on whom it is making a $46 billion investment within the ambit of One Belt One Road.

Nor for that matter the US, which acknowledges the centrality of Pakistan in any viable search for an Afghan settlement. Indeed, the US depends on Pakistan's cooperation so long as American troops are deployed in Afghanistan.

Taking into account the Pentagon's 'war contractors' as well, there are somewhere around 30,000 to 40,000 American military personnel in Afghanistan.

Clearly, for reasons of self-interest, all three big powers -- the US, Russia and China -- will only counsel India to resolve its differences and disputes with Pakistan peacefully through talks.

The geopolitical backdrop is such that any precipitate Indian moves to attack Pakistan will trigger swift intervention by the big powers and we will not be in control of the sequence of events that may ensue.

Those who speculate on the 'options' lying on Prime Minister Modi's table are, well, merely speculating. 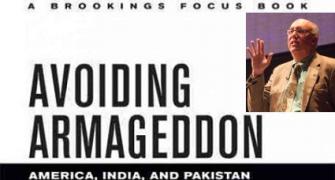